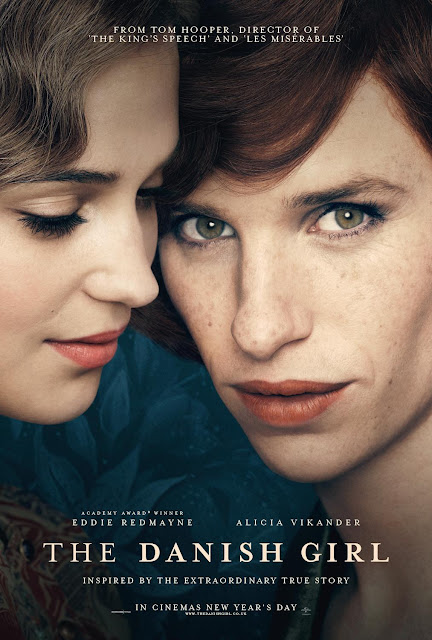 eonline: NEWS/ Eddie Redmayne Stuns as Transgender Artist Lili Elbe in First Official Poster
for The Danish Girl
...While we've already seen a few amazing photos of him as the transgender character, the first official poster for the much-anticipated film has just been released, revealing his incredible transformation yet again. Redmayne stuns in
the golden-hued poster, donning an auburn wig and a deep-red lip color apropos of the '30s-era fashion.

But the true beauty comes from the juxtaposition of Lili and her wife Gerda Wegener (the first person to ever photograph the artist as a transgender woman), who is played in the film by Alicia Vikander. Putting the women in the spotlight together on the poster sends a powerful message of a couple standing together and supporting one another as they both discover their true selves in different ways... 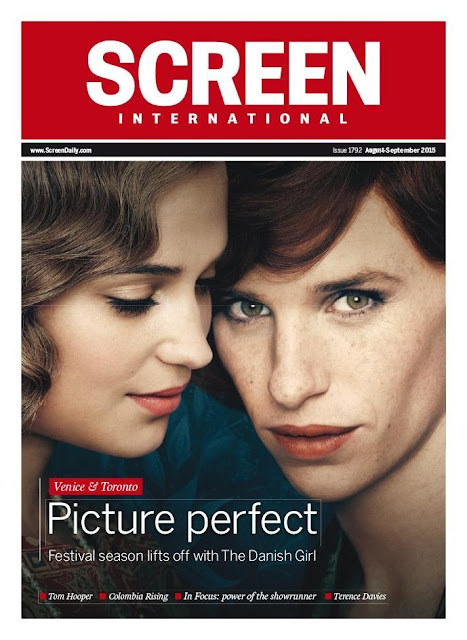 I thought the posters are intended to promote the film. Why don't allow us to share them then?
It's distressing. There are copyright issues with some posters. They deleted Bespokeredmane's blog on tumblr, which is sad and unfair, because she used already published pictures and gave credit. This was a great blog, she worked a lot to collect the newest infos and pictures about Eddie. This caused quite a lot of damage in this blog too, because I used pictures from her blog (with url) for a while. These images are missing and I need to replace them which is a lot of work and takes some time.

Telluride Film Festival 2015: Most Anticipated
The 42nd Telluride Film Festival is about to get underway in southwest Colorado. A box canyon provides a jaw-dropping setting for a fest jammed packed with premieres, retrospectives and classics over Labor Day weekend. ...
Telluride is a small and friendly town that provides an intimate arena for intense discussion about film. In recent years, higher profile selections in the program have gone on to Academy award winning renown. These movies have garnered Telluride attention on the film festival circuit but not changed the close-knit community who work to bring it to life or get to enjoy the genuine conversation about film that is normally excised from such an environment due to business dealings. The last 5 Best Picture winners (The King’s Speech, The Artist, Argo, 12 Years A Slave and Birdman) all had their North American premieres here. Many of Telluride’s selections go directly on to the Toronto Film Festival just a few days later which has led to that festival’s bizarre attempt to corral and brand prestigious openings as their own. Toronto has backed down from some of its initial aggression towards Telluride for taking away its ability to say that films had their first showings there but still is relegating filmmakers who take their work to Telluride first to less prestigious venues and days in Toronto....
Tom Hooper first came to the festival with the popular The King’s Speech and then stepped away from the festival circuit with his blockbuster version of Les Miserables. Fresh off of The Theory of Everything, Eddie Redmayne looks as though he’s taken on another challenging life story. Playing a transgender trailblazer, Redmayne’s performance at the heart of the movie looks at the very least absorbing and at most devastating...

The 42nd edition of TFF will run September 4 – 7, 2015
What's playing in the Telluride program is not revealed until you reach the mountains. In what has become our tradition, three distinguished artists will be honored with a silver medallion, one presented each night of the Festival.(x)
This means that if 'The Danish Girl' is screened at the festival,
the North American premiere will be at TFF not in Toronto.
Download the 41st Telluride Film Festival Program Guide PDF