Eddie Redmayne is said to be shooting scenes for Fantstic Beasts at St. Georges Hall and Three Graces among other locations throughout the city in the upcoming days. (x)

liverpoolecho: Harry Potter prequel to be shot in Liverpool
...Liverpool is the only non-studio location that Warner Bros. Pictures is using for the film, with shooting starting soon at key city centre locations. Crew were spotted prepping at sites including St George’s Hall, which was screened off with huge metal fences, and near the Three Graces over the past few weeks...

...David Heyman said: “We are thrilled to be bringing Fantastic Beasts And Where To Find Them to Liverpool, a city which has such fond memories for me. “My mother is from Liverpool and, as a child, we would often visit family there. “The architecture in this beautiful city works perfectly for our film, set in 1920s New York, and I know we will receive a very warm welcome.”...
...As many as 530 cast and crew will make the city their temporary home, giving a boost to the local economy.
Councillor Wendy Simon, Liverpool’s assistant mayor and cabinet member responsible for the Liverpool Film Office, said: “We are absolutely delighted that this huge production is taking place in Liverpool.
“We were one of many locations the production team were looking at, and for us to come out on top is a testament to the expertise, experience and enthusiasm of our Film Office, packaged with the stunning venues we have to offer.
“We are no stranger to big movies being filmed on the city streets, but without a doubt, J.K Rowling’s new adventure will cause a real buzz and re-emphasises Liverpool’s reputation as one of the most filmed cities outside of London.
“I’m sure we’ll give the cast and crew the usual warm Liverpool welcome and give them an unforgettable experience during their time here.” 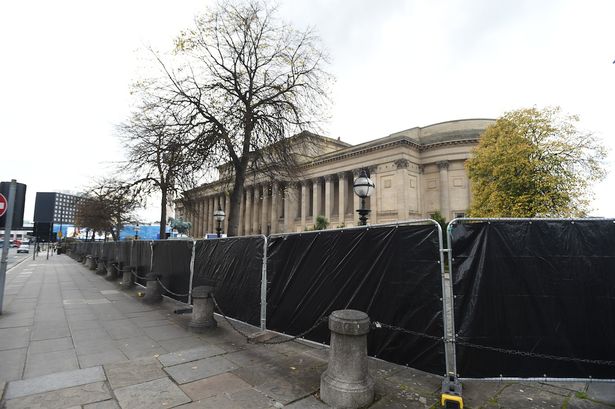 Crew were spotted prepping at sites including St George’s Hall, which was screened off
with huge metal fences, and near the Three Graces over the past few weeks. (x)

According to a Liverpool city council spokeswoman, the scenes being shot in St George’s Hall, The Three Graces
and Mersey waterfront. Filming is due to take place between October 17th & October 25th.(x)
Photos of the on-going construction/fitting of props, can be seen in the gallery:
On Location - Liverpool Eddie Redmayne has a magic wand in "Fantastic Beasts" a la Harry Potter. "He showed me the case and everything," says Tom Hooper. #MVFF38
— Stuart Oldham (@s_oldham) October 9, 2015

I thougt he has a magic wand as every wizard has in the Harry Potter Universe, but how did Hooper see it? Is Eddie carrying with him all the time now? Does he bring it in his battered brown briefcase when he travels? Will there be another charming story about it being scrutinized by airport security? (x)

I didn't write about these most recent casting news yet:
THR: 'Harry Potter' Spin-Off 'Fantastic Beasts' Casts Jon Voight
Gemma Chan, who stars in AMC's sci-fi thriller Humans, Selma actress Carmen Ejogo and Jon Voight
(another Oscar winner) have joined the cast. Character info for the trio to join the film was not revealed. 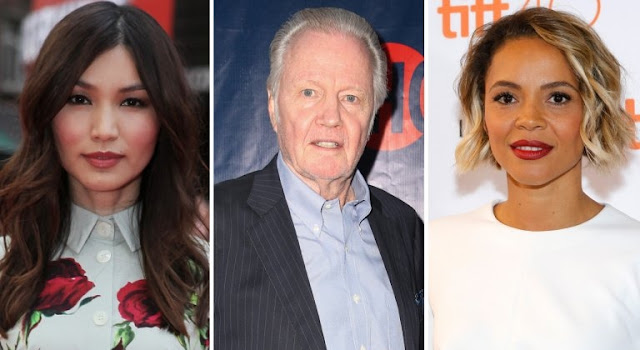 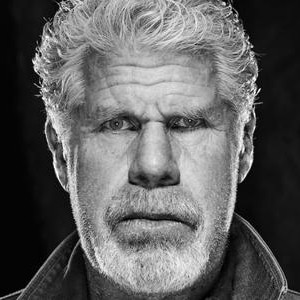 movieweb: ‘Fantastic Beasts’ Lands Ron Perlman as a Goblin
Just a few days after Jon Voight, Carmen Ejogo and Gemma Chan joined the cast of Warner Bros.' Harry Potter prequel, Fantastic Beasts and Where to Find Them has added yet another cast member. The Hollywood Reporter reveals that Ron Perlman has joined the burgeoning cast, portraying a goblin. No further character details were given at this time, and it isn't known how large his role is in this magical adventure set within the Harry Potter universe.
Ron Perlman most recently starred in Skin Trade and Stonewall on the big screen. He also stars in the new Amazon Studios series Hand of God, which is currently streaming on Amazon Prime. The actor is also trying to get his long-awaited sequel Hellboy 3 off the ground, and he is expected to reunite with director Guillermo del Toro in Pacific Rim 2, although that project was recently delayed. (x)

Other new cast members are Christine Marzano (Exterminator), Elizabeth Moynihan (Executioner #1)
and Russian actor Denis Khoroshko has landed the role of Banker Smirnoff.(x)
mugglenet:
“Fantastic Beasts and Where to Find Them” Roundup: The First Edition!
Welcome to the first ever “Fantastic Beasts and Where to Find Them” roundup post. Similar to our casting posts, this new series of posts will bring together all those tidbits of information that are being revealed as we begin to draw closer to the film – including castings, character details, and much more. bespokeredmayne:
While promoting her “Steve Jobs” role, Eddie Redmayne’s “Fantastic Beasts” wife, Katherine Waterston, shows off her character’s bob and dishes a teeny bit on the movie.
“…it’s set in the ‘20s in New York, and, um, you know the cast. The cast is incredible. And it’s really fun, we’ve been shooting for, I don’t know, six weeks now and it’s a ball, and that’s all I can tell you. [Laughs] … I’m sure I can tell you a little bit more, but I’m just so afraid that, you know, I’m gonna get shot in the head. So I’m just gonna leave it at that.” 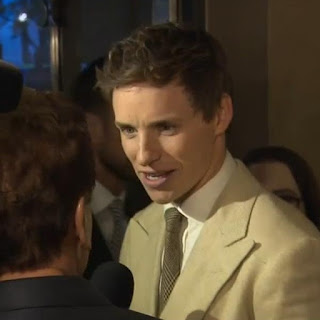 bespokeredmayne: Be still my heart: Eddie Redmayne as Newt Scamander in IMAX 4K Laser. What it means:
J.K. Rowling’s latest “Fantastic Beasts and Where to Find Them” will be hitting the theaters in IMAX 4K Laser experience. It is equipped with technologies that are capable of projecting a high resolution and sharpness, unparalleled 2D and 3D brightness, and a lengthened color range that will allow filmmakers to present more vivid and exotic colors than ever before.
While Oscar winner Eddie Redmayne is creating another Oscar award buzz for his latest movie “The Danish Girl,” he has recently expressed that he is pressured in taking the role of Newt Scamander. After the huge success of the “Harry Potter” movie series, Redmayne believes that the wagers are high and that he needs to do well. Regardless, Redmayne pronounces that it is a great privilege for him to be chosen for the film. As he puts it, it is the “most wondrous gift.”

Despite the interviews that Redmayne and his co-star Katherine Waterston have been given, details regarding the plot and other information about the movie has been kept for secrecy. Redmayne himself did not receive the script until he signed the contract. In an interview for “Steve Jobs,” Waterston said the only thing she can offer to spill is that her bob hairstyle is meant for the film. Laughing, she responded that she always think that snipers are everywhere and she is afraid that she will get shot in the head if she accidentally reveals a detail she is not supposed to. (x)

mugglenet:
Eddie Redmayne, “Potter” Alumni Make List of Most Influential People
Upcoming “Fantastic Beasts” star Eddie Redmayne and a host of former “Potter” alums are featured on the London Evening Standard’s list of the Most Influential People in London. Redmayne made the top 25 in a 1,000 strong list which also consists of “Harry Potter and the Cursed Child” producer Sonia Friedman, Ralph Fiennes (Lord Voldemort) and Imelda Staunton (Dolores Umbridge).

"I took five months off after The Danish Girl. Hannah and I went to the Maldives, it was wonderful. I had never done a holiday like that. Of course I used SPF 500 and still burned after three minutes in the sun."
Eddie Redmayne on how he spent time between shooting The Danish Girl and Fantastic Beasts And Where To Find Them (x)