Lovely little outtake from a lighting test with the outstanding gentleman
#EddieRedmayne. Very talented guy. by Andy Gotts (x) via
This shoot was on 26th September, the same day Eddie went house
hunting with Hannah and they went to the Pharell Williams concert. The filming already begun in Liverpool, but it seems like Eddie wasn't there yet yesterday.
He was spotted in the Barbican Theatre. He went to see Benedict Cumberbatch in Hamlet. Photo: Yesterday it was Andrew Scott, today it was Eddie Redmayne, Benedict’s friends can’t stay away from... https://t.co/5AHCIQh5lS
— GAG: Into Darkness (@fellowhartsofBC) October 20, 2015

How to improve the already-phenomenal night at the theatre? Be joined in the audience by EDDIE REDMAYNE. 😍
— Frances Teehan (@francesteehan) October 20, 2015

Contactmusic: Eddie Redmayne And Benedict Cumberbatch Compete For British Style Award
Awards Season Rivals Eddie Redmayne And Benedict Cumberbatch Are Going Head-to-head Once More To Be Named Most Stylish Brit.
The good friends, who went up against each other for Best Actor at every major acting awards ceremony in 2015, have been nominated for the British Style Award. The nominees were selected by members of the British Fashion Council for being “an individual who most embodies the spirit of British fashion and is an international ambassador for London as a leading creative fashion capital”. Other celebrities on the shortlist include James Bond stars Daniel Craig and Naomie Harris, actors Emily Blunt, Sienna Miller, Sam Claflin, and Gwendoline Christie, as well as musicians FKA Twigs, Florence Welch, and Tinie Tempah. The winner will be decided by public vote and announced during the British Fashion Awards on 23 November (15) in London. Redmayne beat Cumberbatch to the Oscar, Golden Globe and BAFTA prizes for his portrayal of physicist Stephen Hawking in The Theory of Everything. Cumberbatch was nominated for The Imitation Game. 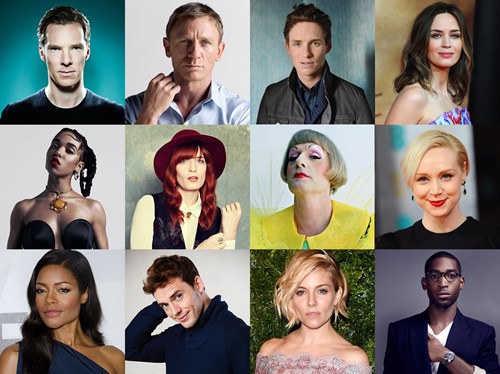 Joanna Theodorou: Guysss!! Eddie needs our help ! He's on the shortlist for the British Style Award up against some of the best dressed Brits in the country (Benedict, Daniel Craig) Vote for him and let's make a win happen. (Also huge plus - when you vote you're entering a draw and could win 2 tix to the event that's in November) I know for a fact that most nominees have confirmed to attend so it's worth giving it a shot smile hangulatjel

(You can participate in the competition if you are UK resident over 18.) VIDEO(x): Eddie Redmayne and Stephen Hawking in “"Yours, Cambridge”
pitch for Cambridge University. (Thanks to @Michaela_2007 for the find)

In honor of Eddie’s patronage of the MND Association, and in celebration of his upcoming birthday!
YOU CAN DONATE IN EDDIE’S NAME TO THE MND ASSOCIATION HERE!
If you want to to pay through PayPal, select to donate in pounds (GBP)! bespokeredmayne:
Wishful casting: People Magazine would like to see Eddie Redmayne as Prince Nicholas
in the film adaptation of the novel, The Royal We. They’ll get no argument here.
For The Royal We’s answer to Prince William, there are plenty of choices. But really, does anyone top the adorably sweet (with a serious streak) Redmayne? The Brit has more than proved his acting chops (and he’s got the hardware to show for it it), plus there’s just something about his angular cheekbones that’s so regal.