Eddie and Hannah were in very good mood, even Hannah took part in the conversation.
The video of the program (20. episode) available here
(with Hungarian voiceover) 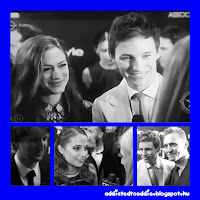 Aniko Návai (the presenter of SZEHO, HFPA member) asked Eddie about why TIFF is so good and if he had time to watch other movies. He said that he had a wonderful time here last year. This is a city where people love movies and they are supportive to those who are starting out their career here - it's a little scary for a filmmaker, and their generosity is amazing. When he talked about they saw '99 Homes' last year but now they just come and go, Hannah joined the conversation too. Aniko closed the chat saying "we'll see each other a lot this year".

I recorded the program from the TV with my phone and made a few captures and gifs. Not HQ but very cute (unfortunately I don't have video recorder)

Eddie interrupted the Tom Hiddleston interview with a friendly hug

A few captures from the interview 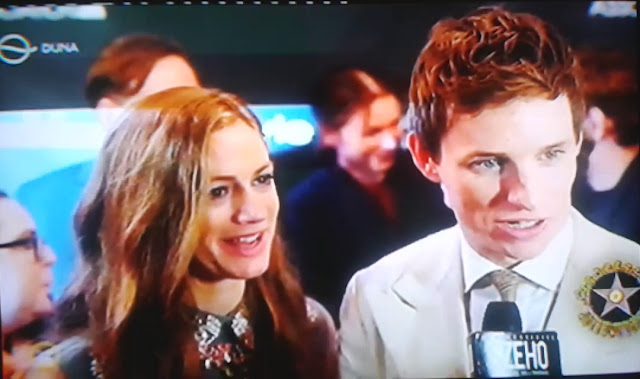 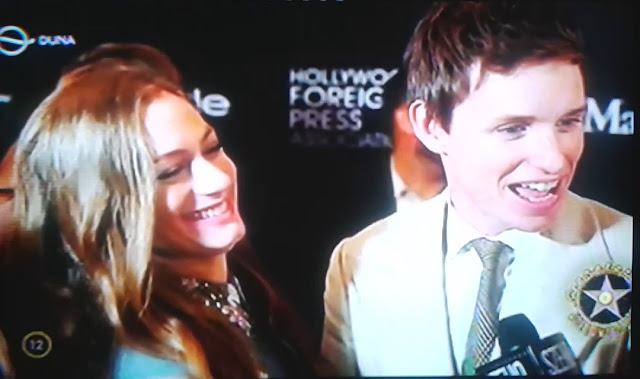 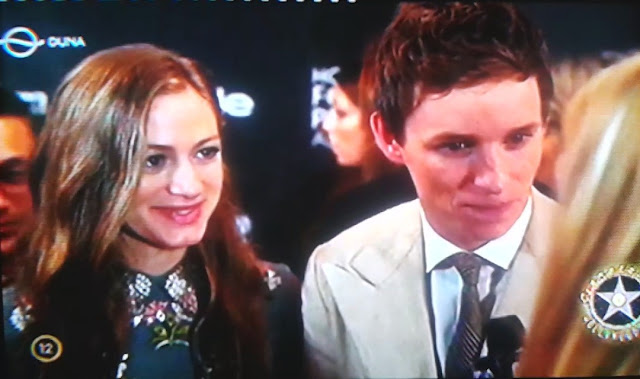 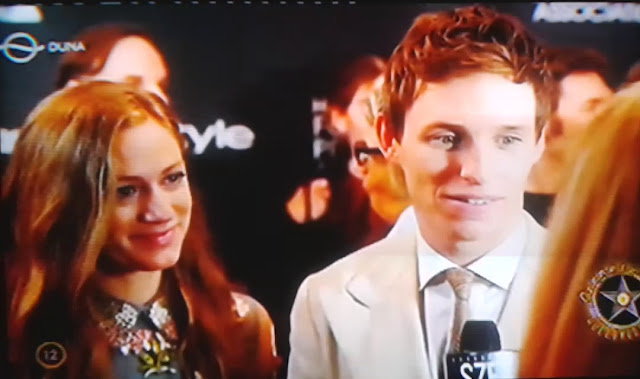 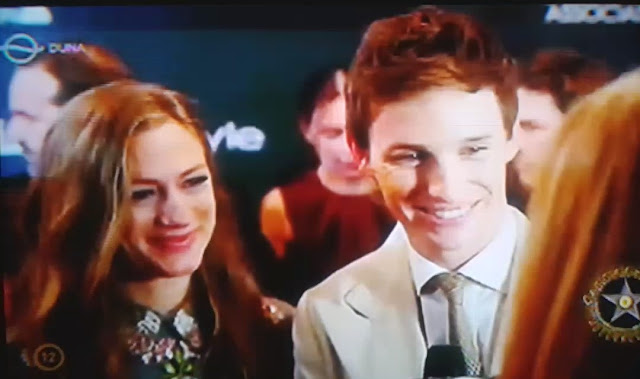