Eddie and Hannah spotted today in a gallery 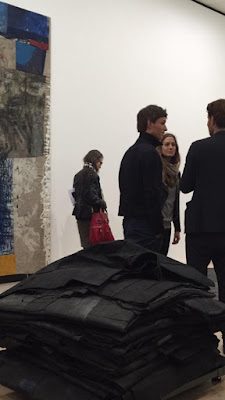 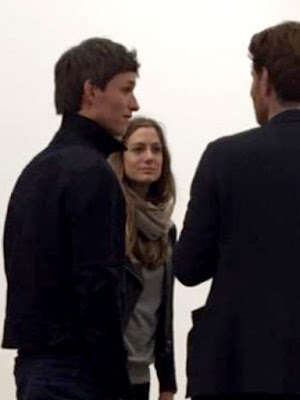 The photos below were taken on Sept. 26 in London. Eddie Redmayne and his wife Hannah apparently house hunting. If they find something I’m not sure they’re really going to be able to spend all that much time there until next year. The Danish Girl will be released November 27. He’ll likely start promoting it soon. And if it’s anything like last year, since he is, once again, being considered a top contender for Best Actor, there will be screenings and all kinds of other campaign events. That is, if he wants to. That said, why wouldn’t he? Why wouldn’t he want to be the first to go back to back since Tom Hanks. (x) This was on the same day, when they met fans and went to the Pharell Williams concert. 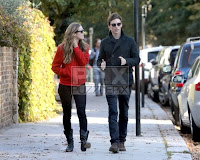 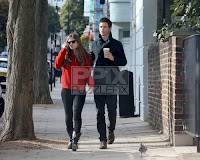 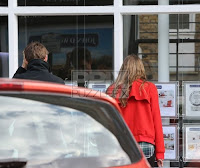 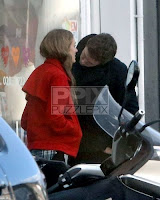 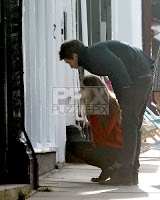 Eddie Redmayne pictured house hunting with wife Hannah. The 'Danish Girl' actor could be seen looking
stressed, with his hands on his head, like all potential house buyers as he negotiated with estate agents.
(Source: PuzzlePix - you can by HQ photos here credit: FameFlynet.uk.com)
Photos from LaPresse slideshow


The next picture isn't new, but I just noticed it.
It contains a lot of interesting and entertaining infos about Eddie. 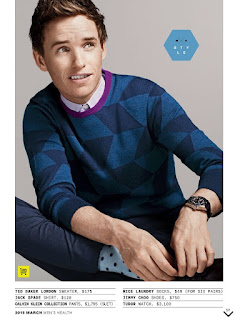 
I think Eddie wears the same socks on the photo above, like on one pic of the shoot by Nino Munoz for the March 2015 Issue of Men's Health Magazine and maybe the pants are the same too. I think this pic is from the same shoot.

Eddie said in interviews in January, that he put on a towel when he went to open the door to the people who woke him up with the good news of his Oscar nomination. Now we know, why he didn't bring pijamas with him to LA.