“I love where we live in London, and I love the energy of that city. We live in [a house with]
kind of a Dickensian past that is filled with history. “We also rent a house in the countryside,
which is in the middle of nowhere—super quiet and beautiful. So, I would love a suitcase
like Newt that has both of those places inside. Ideally, with all my family in it. But no cats
(he’s allergic to them). ” 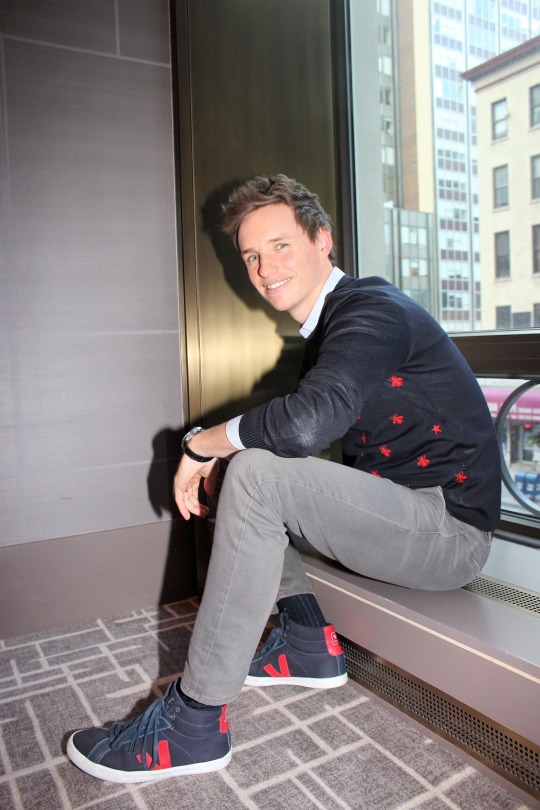 No cats, but does he carry beasts in his luggage when he travels? Eddie playfully admitted,
“There is Frank the Bear, who’s a teddy bear. He came from Easyjet, the low-cost British
airline. Early on in my relationship with Hannah—this is far too much information, but I’m
going to share it anyway, even though she made me explicitly promise never to talk about
Frank the Bear—we were going on a holiday to Italy. “We had known each other for a long
time, but we didn’t know each other that well. We found ourselves on a flight and we were
both talking, just like filling awkwardness with chat. We were looking through the Easyjet
magazine where they were selling this teddy bear Frank which you could buy on the trolley.
You win 250 quid and I think some free flights if you take a photo of Frank in exotic locations.
“We were like, ‘We can do this. We can nail this!’ Frank has become like the other person in
our relationship. We had to talk to Frank when Iris arrived. Frank was sitting in Iris’ little crib
when she arrived into the world. Frank is now looking really battered and it’s been awhile.
But Frank genuinely does come in my suitcase. I have this embarrassing thing—I have a
little Globe-Trotter case which I have had for years and I use as my work case. So Frank is
currently staying in New York (laughs). Frank is here. He is sort of the beast.” - (x)
The mystery of why Eddie carried a teddy bear in his suitcase in April 2013, is solved. ... 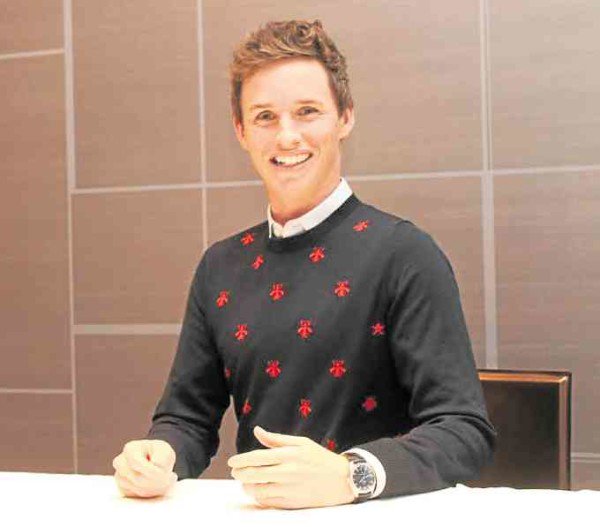 "...I feel like I have instincts to people. But I can get seduced by warmth and then quite often, I will
realize that it’s not what I see. “I am quite quick to trust people as well. I find occasionally that that
cannot be helpful but you try to keep open-hearted because otherwise, you become a cynic. But I have
also been proven wrong (laughs). My wife is a much better judge of character than I am (laughs). ”

“I had a dog when I was younger but I am deeply allergic to cats and to horses and things,” he says.
“So it’s slightly embarrassing when I’m staying with my wife Hannah’s family and there is always
this one chair where the cat sits and I sort of come out in hives. Here am I playing a guy who keeps
all these fantastic beasts but I can’t cope with cat hair.” But there is one animal who has a special
place in the life of new dad Eddie – and in his baggage. A bear called Frank, who travels everywhere
in a suitcase and made a special appearance when Eddie’s daughter Iris was born in the summer.
Eddie explains with a laugh: “Hannah made me explicitly promise not to talk about Frank the Bear
but I’m going to share it anyway. “Early on in our relationship we were going on a holiday to Italy
and easyJet was selling this bear, Frank. “He has a little easyJet tattoo on his foot and you win 250
quid if you take a photo of Frank in exotic location – and some free flights I think. “We were like,
‘We can do this, we can nail this.’ So Frank has become like the other person in our relationship and
when Iris arrived into the world Frank was sitting in her little crib. "So Frank comes everywhere in
my case. He’s in New York with me at the moment. He is sort of my fantastic beast.” - full article