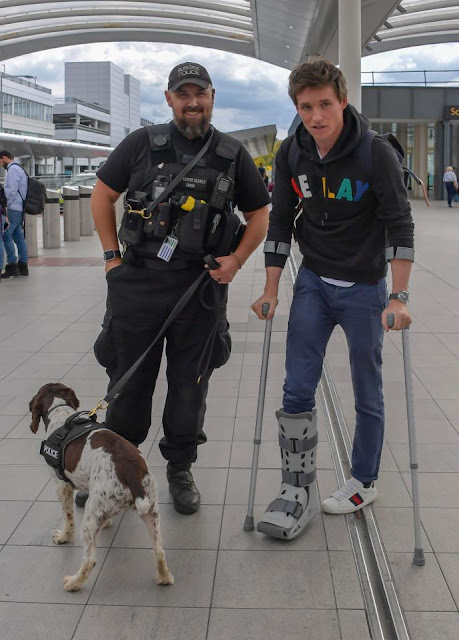 Eddie Redmayne poses for a photograph with Gatwick Airport police
on crutches. (via @MCDV2)

The Sun reported, that Eddie was catching a flight at Gatwick Airport,
West Sussex on Friday, sporting an orthopaedic boot on his leg.
Bad News - Get well soon Eddie! 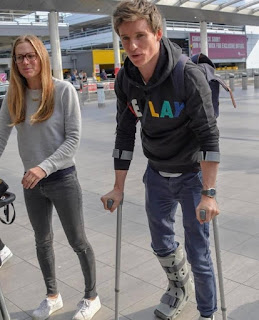 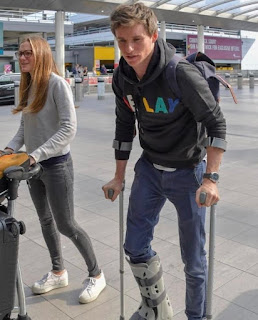 Eddie was flanked by his wife Hannah. According to the magazine
he was hurt while filming. He just finished filming 'The Aeronauts'.

One more new photo posted by a fan yesterday 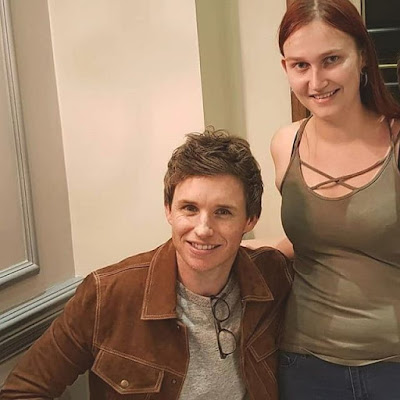 Benita @queenbenni met Eddie Redmayne in London last week (x)
He's sitting on the photo next to his fan. Was he injured already?

According to theknowledgeonline.com article posted on Wednesday the filming
has wrapped on 'The Aeronauts' starring Eddie Redmayne and Felicity Jones. 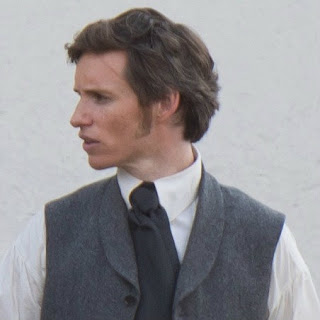 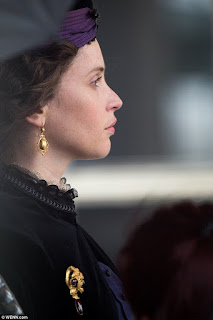 There were some news about the production since my last related post, but there weren't
any new photos of Eddie, so I waited for the posting. Here there are some pictures from
the filming locations and related news from the local magazines and social media. 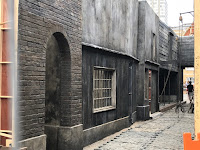 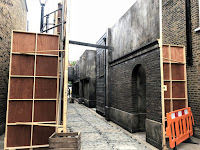 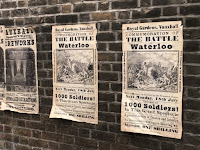 Scenes for a new drama starring Eddie Redmayne and Felicity Jones were filmed
in Waterloo on the first week in September as an elaborate set was built in
Whittlesey Street, Roupell Street and Windmill Walk. (source: london-se1.co.uk) 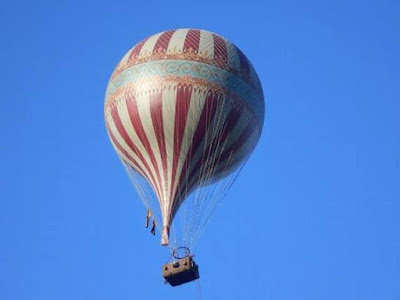 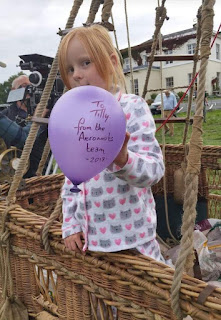 On the morning of Thursday, September 13th, the balloon could be seen in the skies near
the Chase hotel, and was observed from all over Ross-on-Wye. At one point, a stuntman
even climbed out of the basket, and a helicopter, with a camera attached, accompanied
the air balloon to try and capture the scene. One family, who live near the Larruperz
Centre, managed to gain close up access...Read more about Tilly's adventure here. 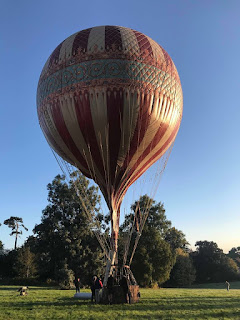 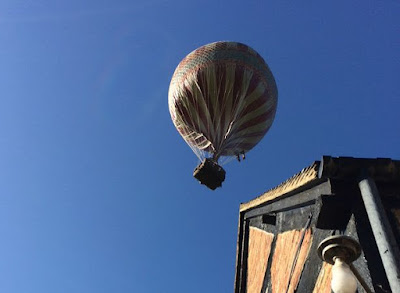 On Thursday morning (13th Sept.), the balloon had been seen over Strawberry Hill in Newent,
over Mitcheldean and in the air above Ross-on-Wye. The crew have been taking off to get
some aerial shots, but no actors have been here. Eye-witnesses reported the balloon dropping
ballast, indicating it is a gas balloon. Villagers were panicking as@thought it was in distress..
turns out it’s for a movie !!! Phew!! - Read more here - one more: getting ready on 14th Sept


Eddie was in London filming 'The Aeronauts', so sadly he could’t attend the activities promoting
the second Fantastic Beasts movie around New York on 25th September. He sent a video message.

@wallacespace Oct.5: Filming The Aeronauts outside wallacespace St Pancras all week, cue
all of us trying to catch a glimpse of Eddie Redmayne. 👀 Dukes Rd looking very olde worlde! 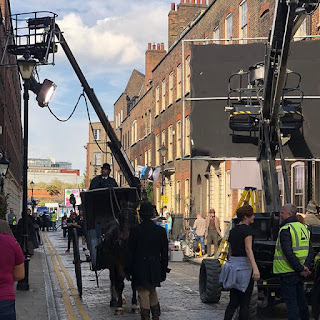 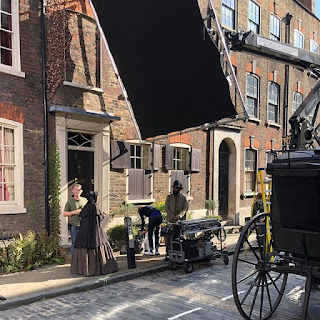 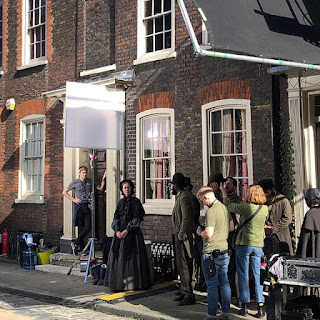 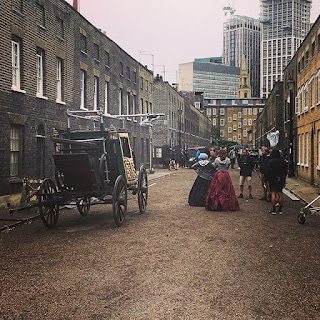 @2bevisual on IG: Turning Elder Street into yesteryear with the filming of
The Aeronauts on a wonderful Friday afternoon ... (October 5, 2018)
@carter_jonas on IG: It’s lights, camera, action outside our #Waterloo office
today as Eddie Redmayne is shooting his new film (October 9, 2018)


Hot air balloons featuring in the film have been manufactured in Oswestry,
adding another link between Shropshire and the film’s storyline. In 1862, scientist
James Glaisher and pilot Henry Tracey Coxwell took off in Wolverhampton for a
mammoth flight, during which they are believed to have reached heights of up to
29,000ft, before landing in a field near Brown Clee Hill... Mr Lindstrand (founder
of Lindstrand Technologies) welcomed the two film stars when they came to visit
the company to see the balloon, and said they were pleased with the results...
- Read more here 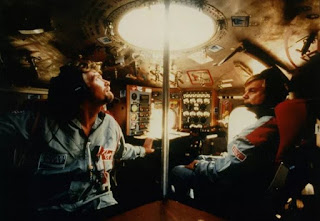 My ballooning partner Per Lindstrand has built the balloon for new Eddie Redmayne film The Aeronauts. You're in good hands! https://t.co/iMcZu9pDtf pic.twitter.com/faq2pBH1dH
— Richard Branson (@richardbranson) October 10, 2018

Related posts:
Update: Eddie was seen in Marrakech. I don't know how long he stayed there, only
that he came back to London since for the recordings of The Graham Norton Show,
that will broadcast on 26th October on BBC One.