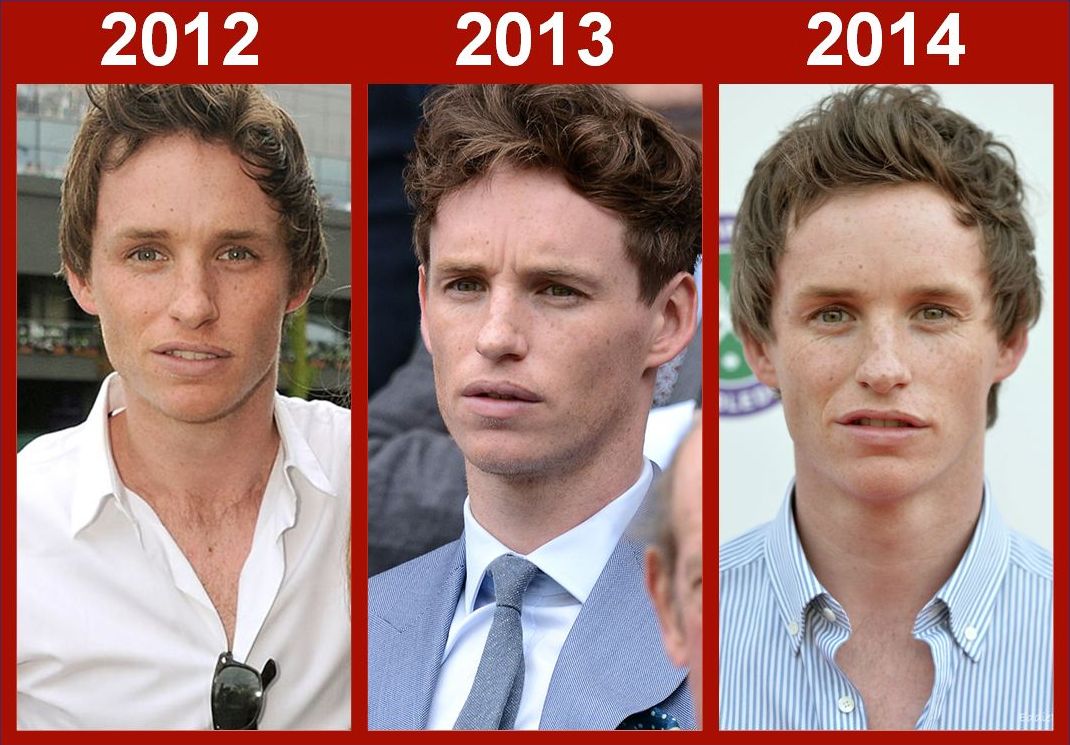 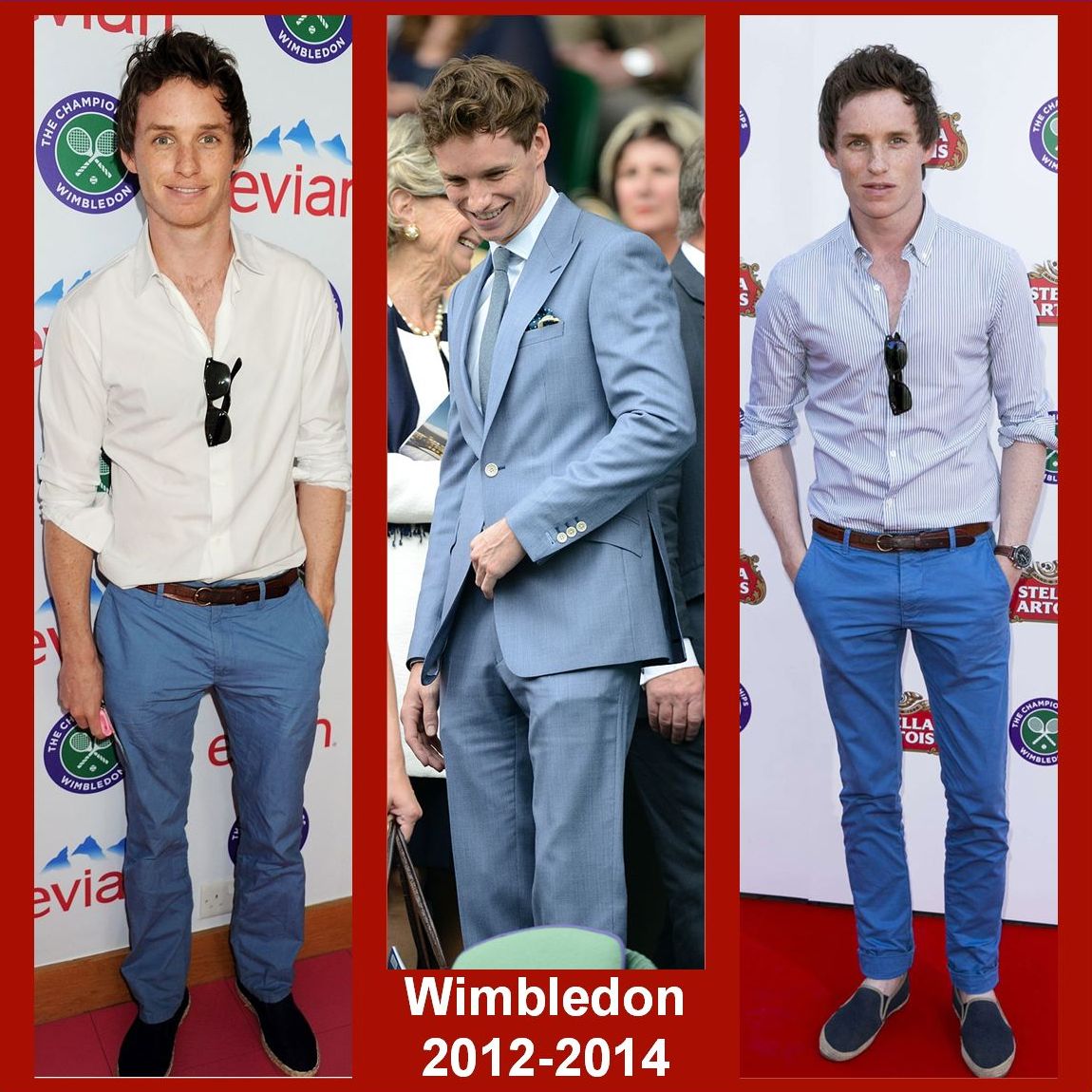 
Eddie wore blue and white in all three events, blue trousers wit a white shirt in 2012 and with a white-blue striped shirt this year, a light blue suit with white shirt in 2013. I hope he shows up again this year in the stands to cheer Andy Murrey and his other favorites with Hannah, as the past two years. In my previous posts -
Eddie and Dominic Cooper at Wimbledon opening night & More Eddie and Dom from Wimbledon
- I posted a lot of pictures from this years launch party, here's a little reminder from the past events. 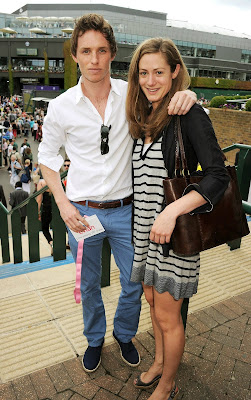 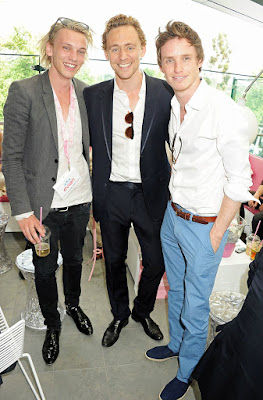 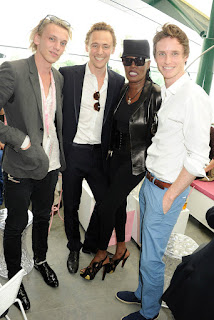 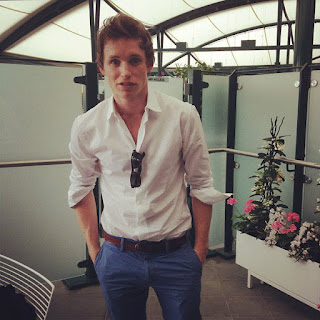 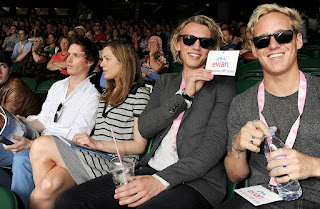 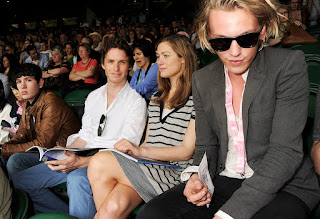 Elle UK: Eddie Redmayne on #BeckhamELLE
Eddie Redmayne told us he could never compete with David Beckham’s ELLE cover. We have a feeling many of you may disagree. Read on for more from our conversation with the world’s most modest heartthrob, straight from Wimbledon...

‘Every time you see the perfectly manicured grass at the beginning of the game, it kind of makes you feel like summer is upon us,’ Eddie Redmayne told us at Wimbledon yesterday.
‘I’ve been a couple of times before,’ he added just before Roger Federer took to Court One. ‘It’s been a few years so it’s lovely to be back, particularly given that the sun has come out.’ Read more...

Quotes from the heatworld article: heat chats to Grace Jones, Eddie Redmayne and Jamie Laing at Wimbledon:
Eddie Redmayne about Grace Jones: “Did you see her in A View To Kill [James Bond flick where she plays villain May Day]? She was so scary! I keep imaging her in that film. I’m too afraid to go and speak to her and tell her how amazing she was at the Jubilee.”
Eddie about his film Les Miserables: “It was an amazing experience. My last day of filming was last week and I spent the entire day being cradled in Hugh Jackman’s incredibly muscular arms as he carried me through a sewer.
It was bizarre. I was being held like a baby by Wolverine!”

hollywoodbulletin: Tom Hiddleston joins Jamie Campbell Bower and Eddie Redmayne at Wimbledon. The actors mingled in the lounge and met up with Grace Jones in between watching the match on Monday, June 25.

“They’re terribly sweet together and Eddie is awfully protective. They held hands all day and while everyone else was outside drinking on the terrace Eddie took her inside and they shared afternoon tea from one plate. He even buttered her scones for her,” said a source. 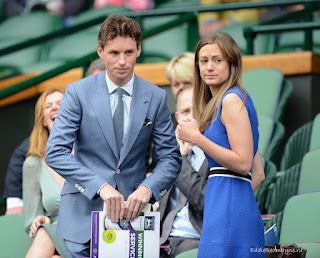 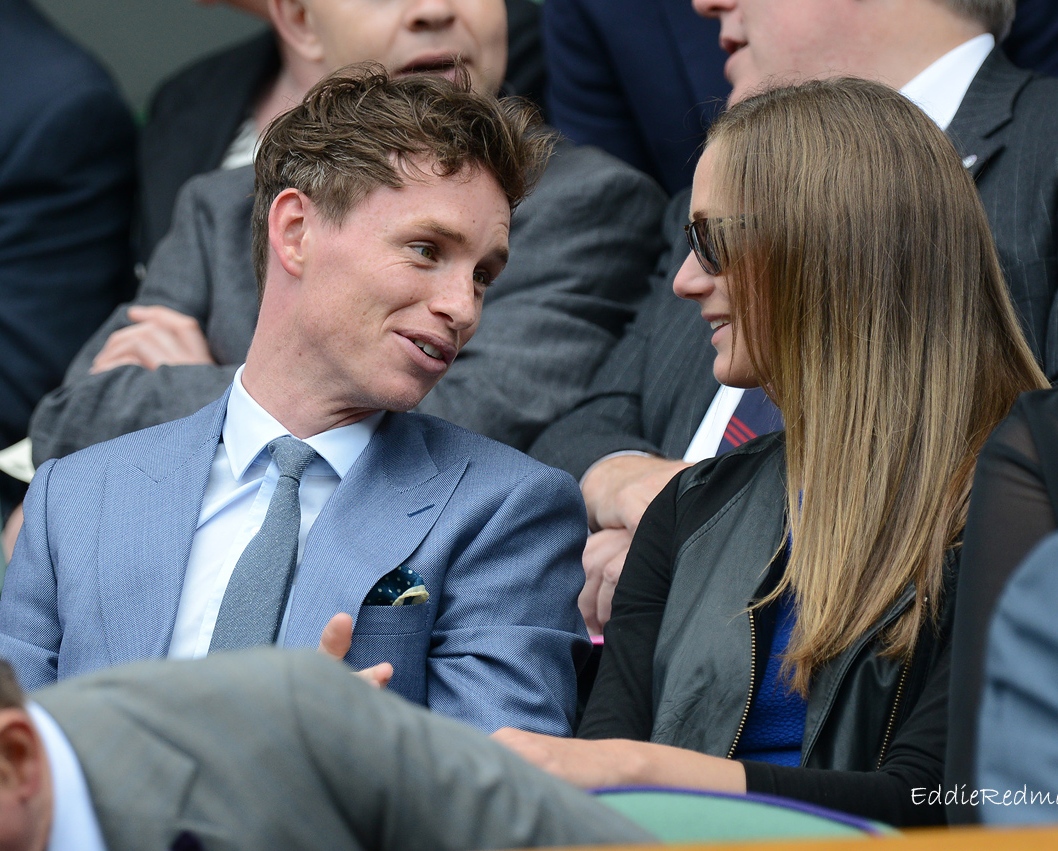 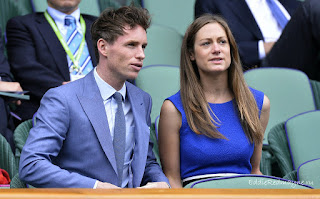 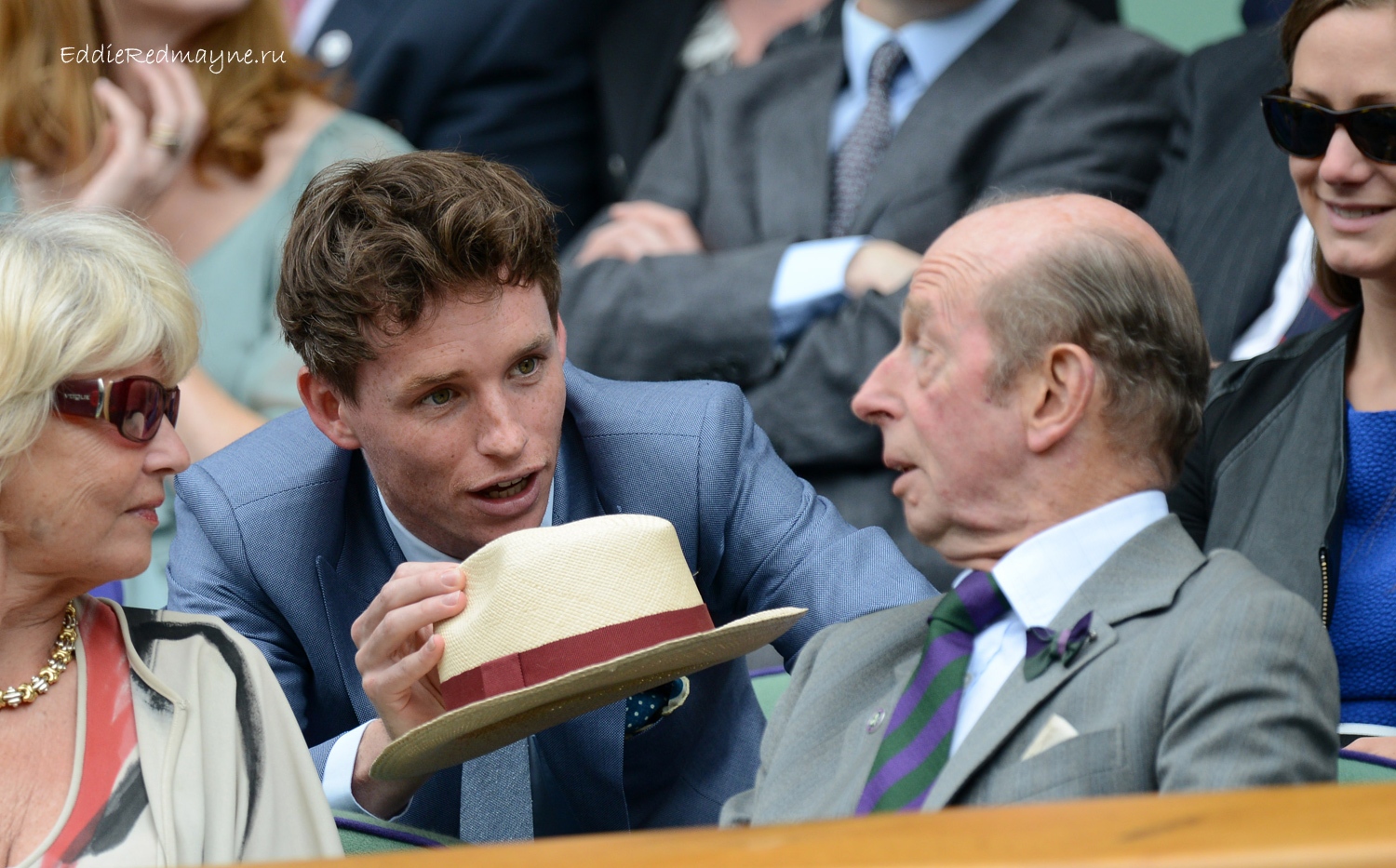 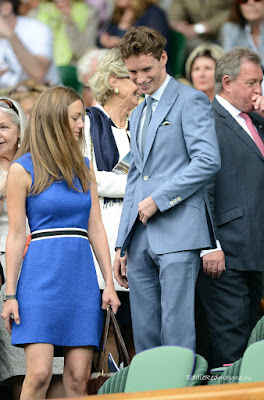 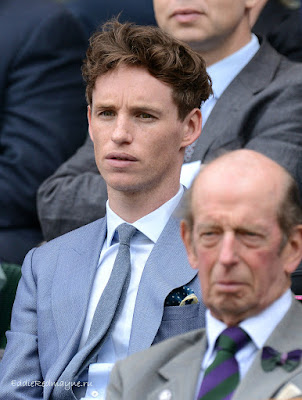 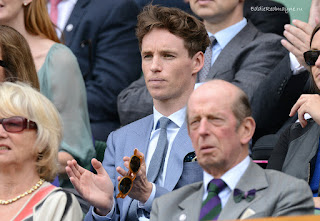 Eddie Redmayne sits in the Royal Box on Centre Court with Hannah Bagshawe during day seven of the Wimbledon LawnTennis Championships at the All England Lawn Tennis and Croquet Club on July 1, 2013 in London

In Style: Celebrities at Wimbledon 2013
EDDIE REDMAYNE made his way through the crowd in order to take his seat to watch his fellow countryman, Andy Murray, advance to the quarterfinals.