Eddie was in theatre on Thursday evening
BespokeRedmayne @bespokeredmayne tweeted 9:59 PM on June 05, 2014:
Eddie Redmayne spotted multiple times at @youngvictheatre tonight for View From the Bridge.
Official site of the show

Hadley Middleton @hadleymiddleton tweeted 11:32 AM on June 06, 2014:
Just met the wonderful #eddieredmayne on the street in Soho. Engagement to his beautiful girlfriend confirmed!

And a true gentleman! Swoon!

BespokeRedmayne @bespokeredmayne tweeted 0:26 PM on June 06, 2014:
Selfie time with Eddie Redmayne during a fan encounter on a London street. 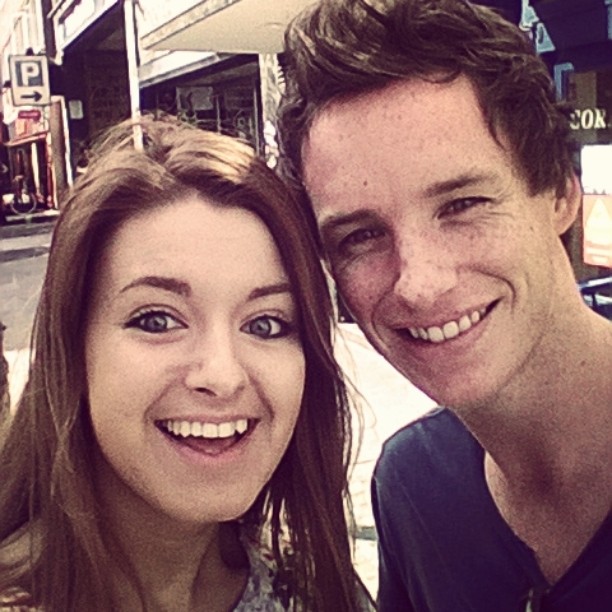 Eddie Redmayne with a fan on Poland Street, just off of Oxford Street.
Zoe wrote: Pretty sure i will get arrested for being the worlds biggest pyscho stalker,
but i had to get a selfie with Eddie Redmayne - Life made! - source: zamigoni1 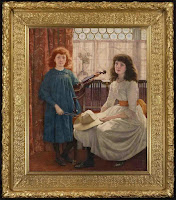 nicola ॐ @nicolahelend tweeted 2:08 PM on June 06, 2014:
Ok so I just stood next to Eddie Redmayne in the National Gallery for about five minutes Eddie Redmayne at OIAAF next to his favourite painting source: @Flint_PR
via redbatchedcumbermayned & eddie-redmayne-italian-blog
Future father in law is a major arts and antiques dealer in London.(x)