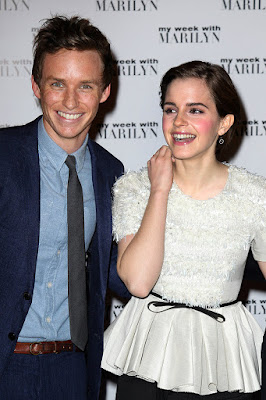 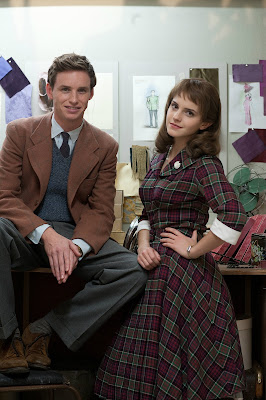 Emma Watson about Eddie Redmayne in Elle UK November 2011 ( x ): ‘He’s wonderful. Such a great actor and such a gentleman – so kind. I’ve met a fair number of actors and he’s just different. In terms of decency and openness he’s just the best.’

Speaking to GLAMOUR.com about starring alongside the Harry Potter star in My Week With Marilyn,
Redmayne, who plays Marilyn's lover Colin Clark in the movie, gushed:
"I hadn't worked with her before and it was a real treat. And you can't complain about kissing Emma Watson. Isn't that what everyone in the world wants to do?"
He added: "I've known Emma for a few years. She's this amazing capacity of young and vibrant and brilliant, but also a bright, intelligent old soul. She came in for two days to do this…"
"And she was in the middle of doing all this Harry Potter press, and I was astounded that she could even set her mind on it. And she did an amazing job." ( x ) gifs source ( x ) 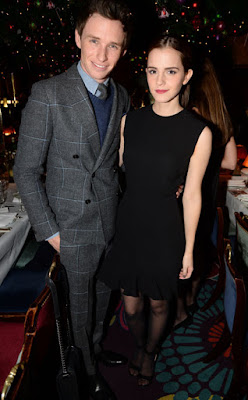 They both attended Lady Gaga's private concert at Annabel's Club in London on 6.Dec.2013.
EMMA WATSON HANGS OUT WITH DOUGLAS BOOTH AND EDDIE REDMAYNE
AT LADY GAGA SHOW AT ANNABEL'S IN LONDON - VIDEO HERE 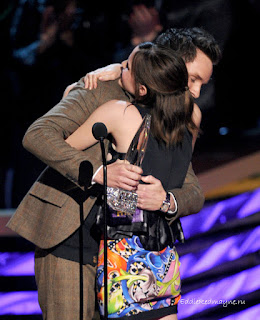 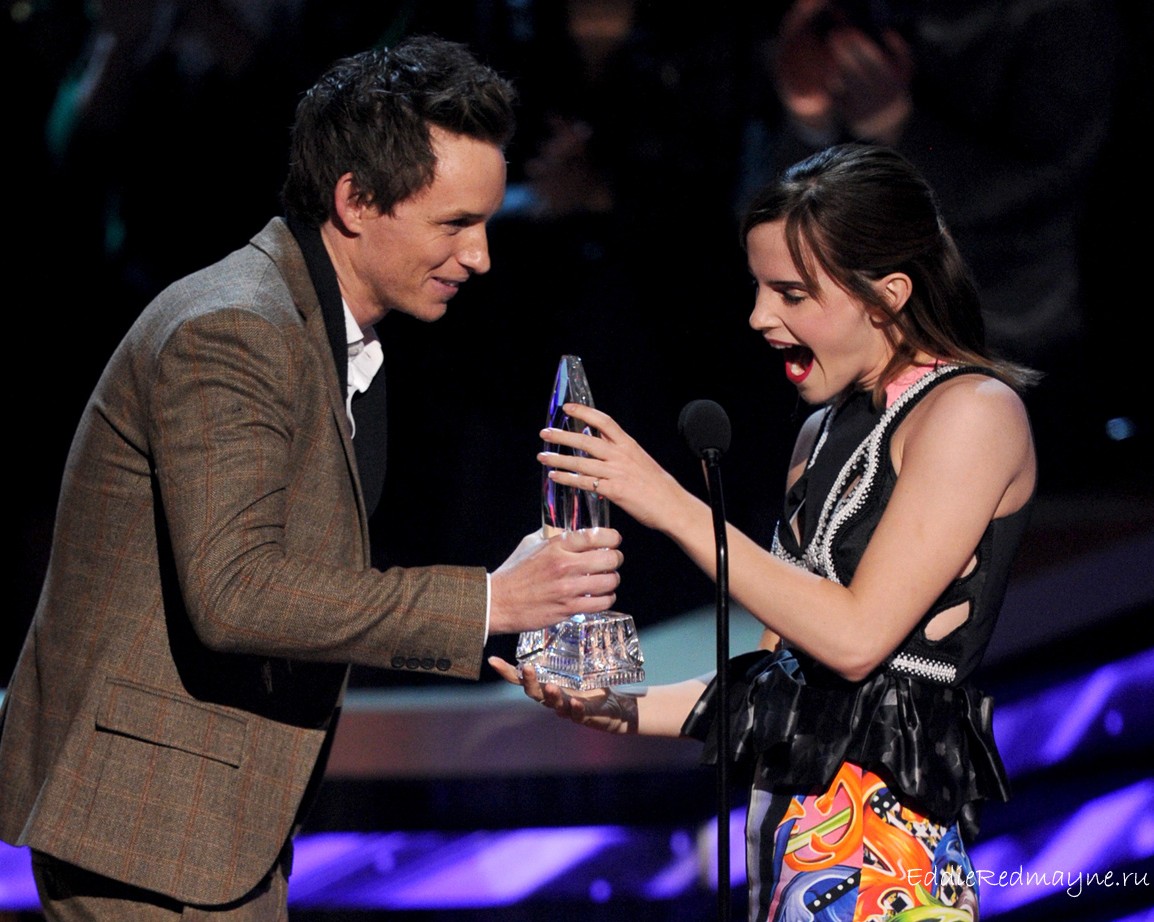 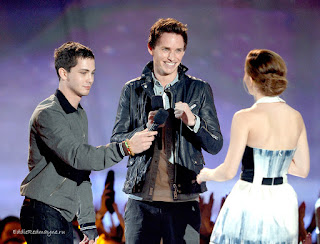 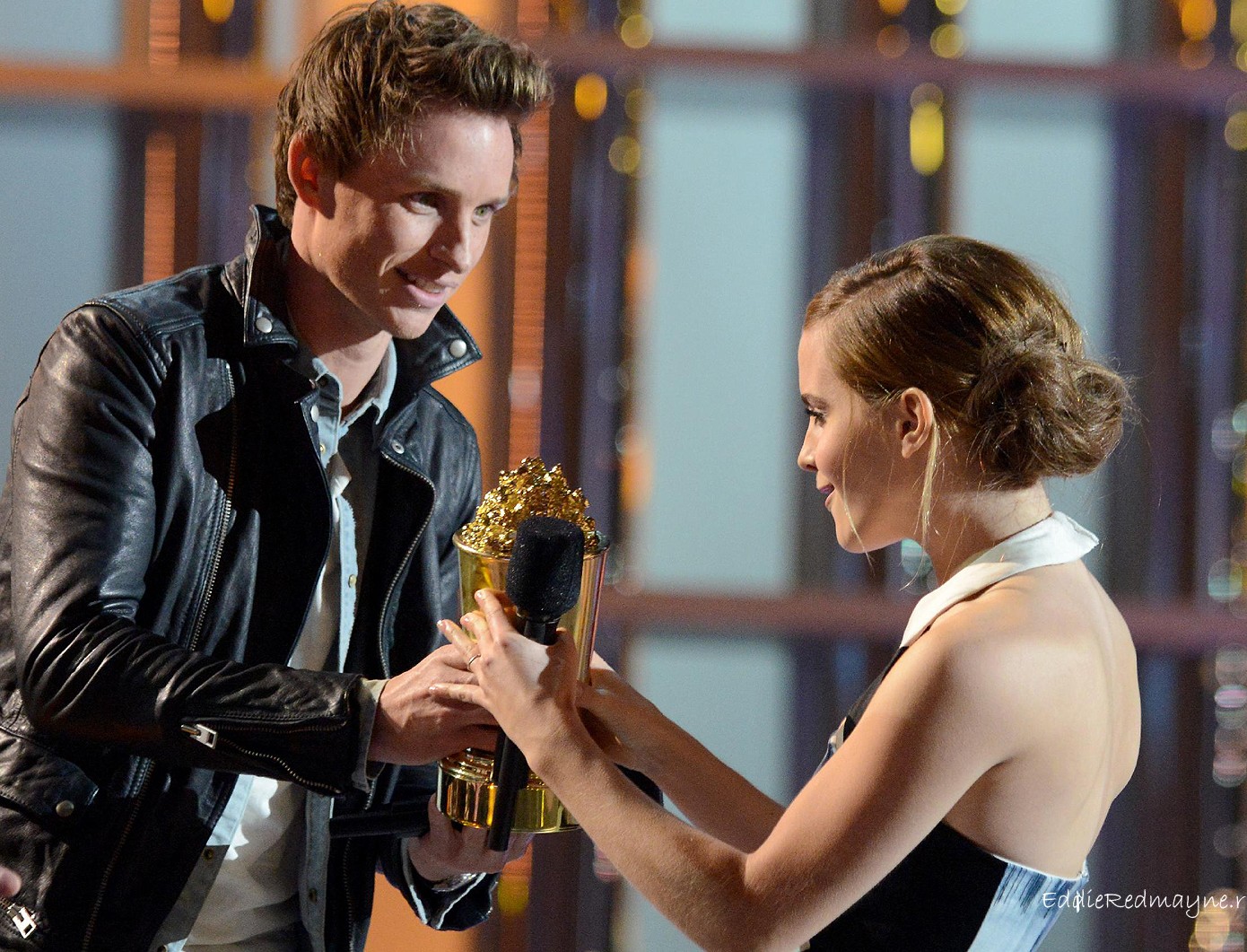 They both modelled for Burberry. Eddie worked with Christopher Bailey in the 2008 and 2012 S/S Campaigns. Emma participated in the 2009 A/W and 2010 S/S campaigns alongside her brother Alex, Douglas Booth (Eddie's
co-star in The Pillars of the Earth and Jupiter Ascending), George Craig, Matt Gilmour and Max Hurd. 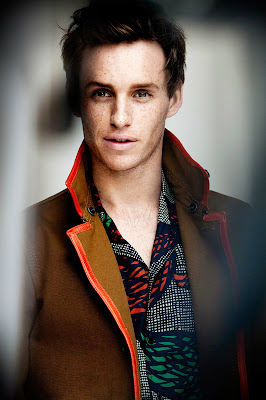 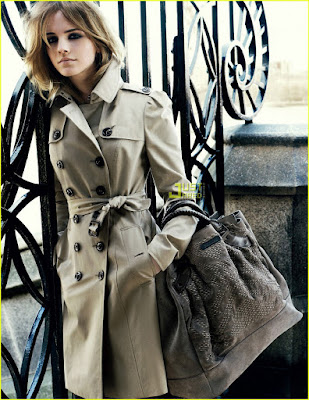 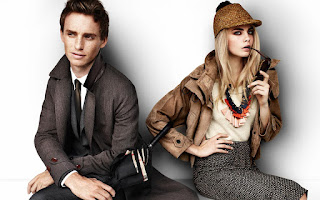 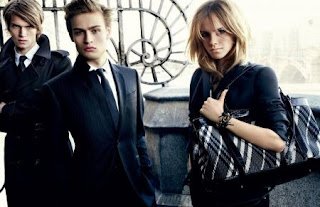 Email ThisBlogThis!Share to TwitterShare to FacebookShare to Pinterest
Labels: Emma Watson, My Week with Marilyn