‘Can I just come and run through some stuff with you?’ He has a string of Hollywood blockbusters to his name — but Eddie Redmayne still calls his school drama teacher
for acting tips. The 32-year-old Les Misérables star attended the first night of his Eton teacher Simon Dormandy’s production Eldorado at the Arcola Theatre, in Dalston.

He is one of a number of pupils Dormandy helped on their way to fame in his 15 years as head of drama, including Thor star Tom Hiddleston and The Iron Lady actor Harry Lloyd.

Redmayne said he owed his career “entirely” to his teacher. He told the Standard: “Occasionally I’ll call up Simon and say, ‘Can I just come and run through some stuff with you?’ He is still the person whose advice
I seek “I had one teacher who was so inspiring he gave me a career. He was always brilliant when we were
at school and it’s amazing to see him working professionally.”
Dormandy said he realised Redmayne’s talent the first time he auditioned while at school. He said:
“The first time I met Eddie he was in the very first production I did, my own adaptation of A Passage to India, and he played the leading female part and I knew as soon as I met him that he was exceptionally gifted.”
Playing women was routine in an all-boys’ school — and it served Redmayne well as his first professional job was
as Viola in Shakespeare’s Twelfth Night, alongside Mark Rylance.
Redmayne said: “I’m sure the only reason I got that job was because I played girls’ parts in school plays.”
His next big role is playing the villain alongside Mila Kunis and Channing Tatum in Jupiter Ascending, the latest offering from the Wachowskis.
Ahead of the film’s release later this year, Redmayne said: “I’ve never experienced a job quite like it where
you have to try to tap into their imagination and theirs is extraordinarily insane.” 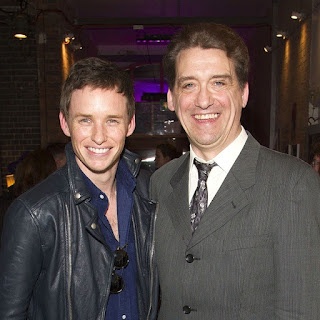 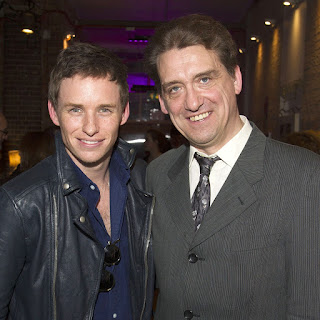 Eddie Redmayne: I still call my Eton drama teacher
Excerpts from The Telegraph article by Anita Singh - full article based on the Evening Standard article here
...Dormandy spent 15 years as head of drama at Eton, the public school that also counts actors Tom Hiddleston
and Damian Lewis among its former pupils.
He is now a theatre director, and Redmayne attended the opening night of his new production, Eldorado, at the
Arcola Theatre in Dalston, east London.
...Dormandy was an actor with the Royal Shakespeare Company before arriving at Eton, and also appeared in television adaptations of Vanity Fair and Little Dorrit.
He taught at the school from 1997 to 2012. The play he is directing for the Arcola, by the German playwright
Marius von Mayenburg, is a satire about Western corporations profiting from foreign wars. 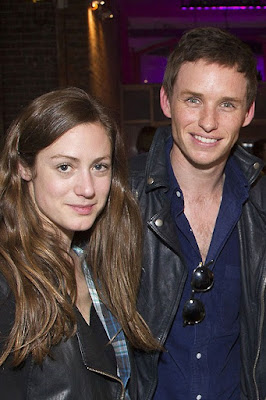 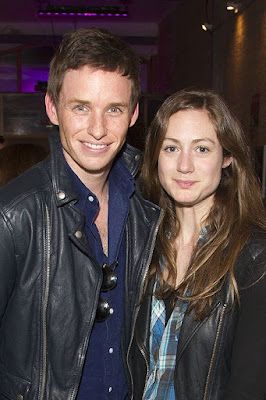 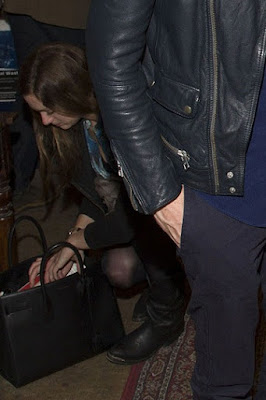 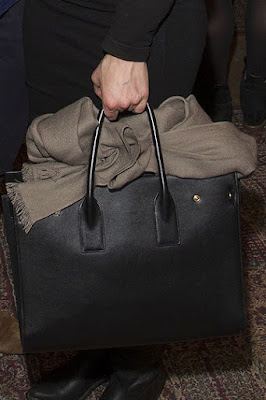 NYFF:Michelle Williams, Simon Curtis, Eddie Redmayne talk 'My Week with Marilyn' (full article)
"...There was one extraordinary moment when we were shooting at Eton College and Colin was showing Marilyn Monroe around Eton College and that was the school that I went to and so we were doing this scene and Harvey
was there and Michelle was there and all of these school boys were playing the parts and my old head of drama
was there stood at the side..." video link - my post about this event

In my post - Eddie and Tom Hiddleston - I wrote about the play mentioned in the article:

Hiddleston only appeard on stage once with Redmayne, as the front leg of an elephant on which Redmayne sat
in an adaptation of A Passage To India. „One of my finest hours” Source