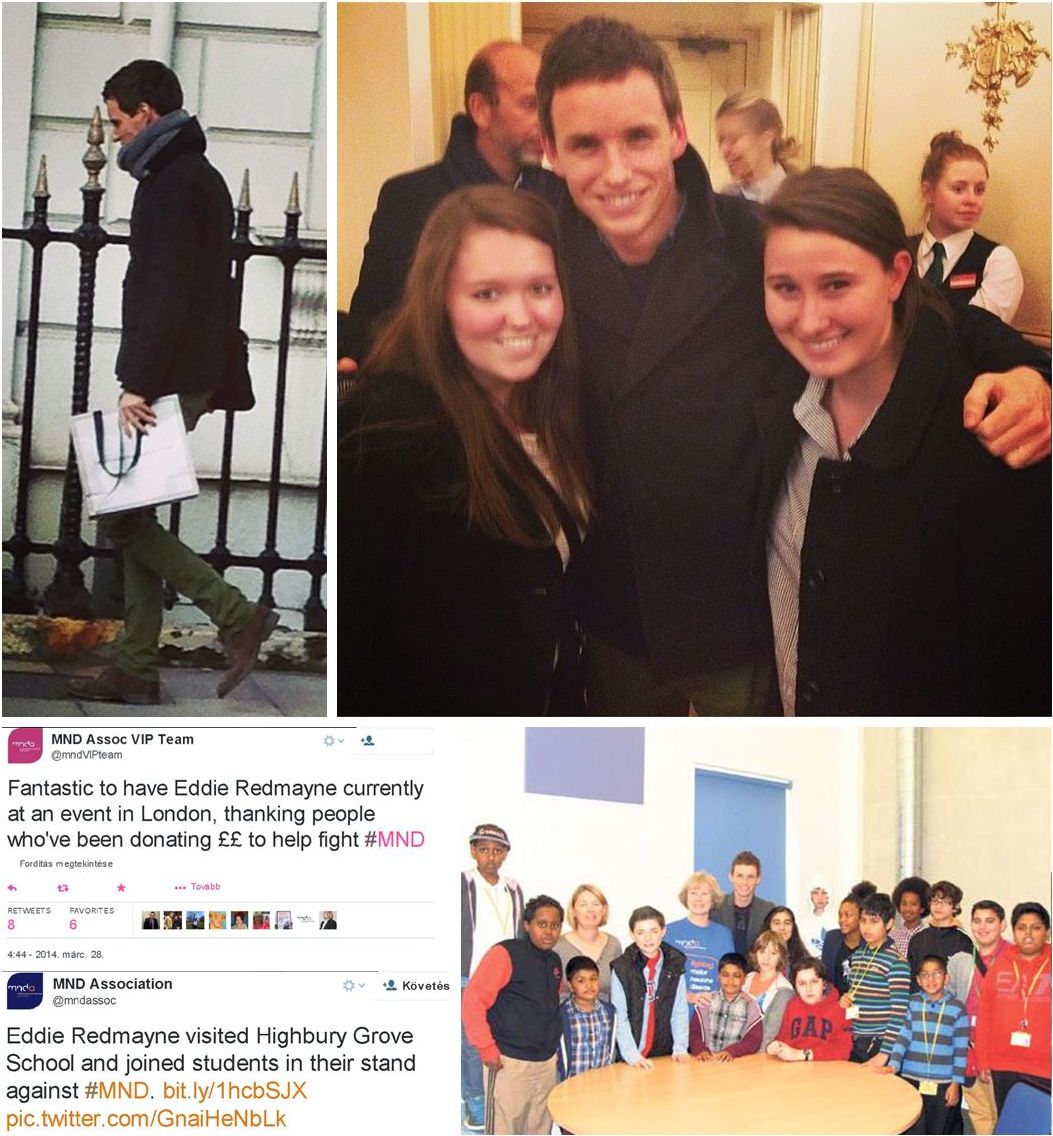 A week ago in my post Yesterday out in London (new photo) - today at a charity event there was a photo about Eddie as he walked in London on Thursday and I wrote about Eddie's support of the MND Association too. I only knew then, that he attended an event on Friday. Now finally I found out a little more about what he did then.

27th March 2014
Eddie was in Theatre three times in one week, because on Thursday he went to see Matthew Macfayden in Jeeves and Wooster in Perfect Nonsense to the
Duke of York's Theatre.
Some lucky fans met Eddie in the theatre after the show and managed to take a picture too. One of them wrote a post about this in her blog. I couldn't resist and reblogged it.
Girl in London - I Ran Into Eddie Redmayne - post by Hali Carter, London SA
This is what makes London so wonderful. One day you decide to hit up a theatre an hour before a show starts, buy tickets, and then kill some time. We all went to see Jeeve's and Wooster on Thursday, a comedy put on by three men total. One of those men was Matthew Macfayden, Mr. Darcy! The play was good but the best part came after when my friends and I were walking down from the upper circle and I saw Marius standing right before my eyes in the theatre foyer. 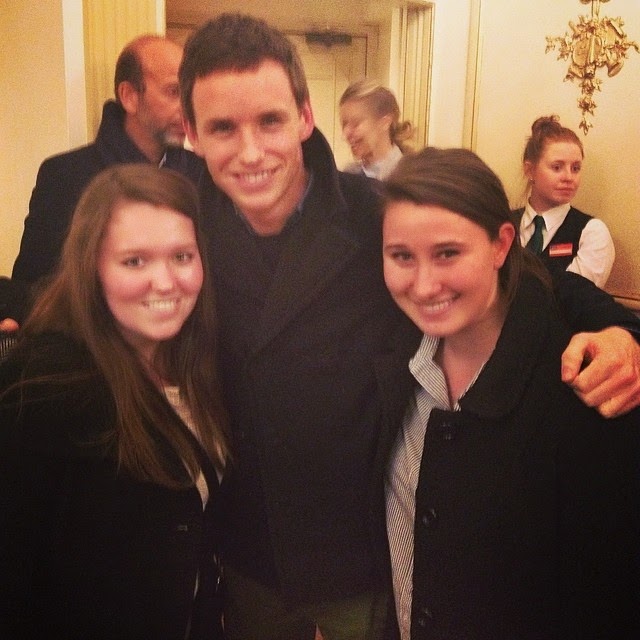 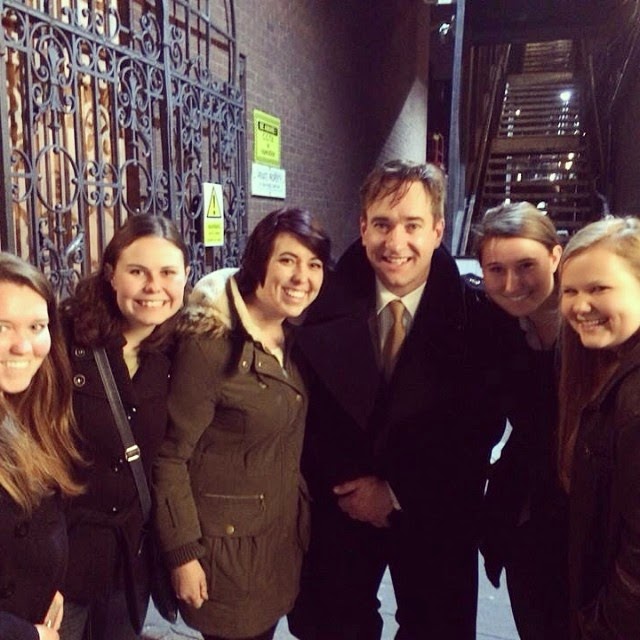 I kept tapping my friend saying "Is that Eddie Redmayne? Is that him? Should I get a picture? No I can't!" Thanks to persuasion, my friend Betsy and I went up to him, tapped him on the shoulder, and got a picture! No one was even swarming around him, one middle-aged woman was talking to him saying she loved his work (move aside). So Betsy and I fall in to picture formation with Eddie and I'm a hot mess. I say "We saw Les Mis the other night and we were like 'it was good but it's not Eddie'" and he just did a courtesy smile and took the picture and I about died. So cute and tall and skinny. My hands were shaking for ten minutes after. Those hands touched his back.

Then we waited outside the theatre and saw Mr. Darcy! He was so nice and had lovely hands. Then as we were walking back to the tube we saw Eddie Redmayne three more times. THREE. He was going in to a bar down the street. Hopefully he hasn't filed a restraining order because I was really feeling the chemistry. (source: halionholiday) Published in the Islington Tribune on 4 April, 2014 by JAMES CHILDS (x)
ACTOR Eddie Redmayne dropped into Highbury Grove School last Friday to help students make a stand against motor neurone disease.The award-winning actor is to play physicist Stephen Hawking, who suffers from the disease, in Theory of Everything, a forthcoming biopic.
He said: “After the first months whilst prepping to play Stephen Hawking I got to meet some extraordinary and inspiring people who suffer from motor neurone disease and it’s become a cause very close to my heart.
So it was lovely to talk to these young and excited students about a cause that I think is very important, because they are going to go out and raise money in this area and they seem invigorated by this.”

The event put together by Paul Gilbert, assistant headteacher of the school in Highbury.
It involved Year 7 pupils examining case studies to increase awareness and encourage fundraising for the Motor Neurone Disease Association as well as for an international charity, the Addis Ababa Food Run in Ethiopia.

To support the MNDA and Highbury Grove School visit


Thank you to Eddie Redmayne for his support this week, and for attending this event recently with @MNDA_NLondon = http://t.co/CzyjNivvX0
— MND Assoc VIP Team (@mndVIPteam) 2014. április 4.