Focus Features will distribute Stephen Hawking biopic Theory of Everything, setting it for a platform release
beginning November 7. The film will expand into more theaters on Nov. 14 and Nov. 21. 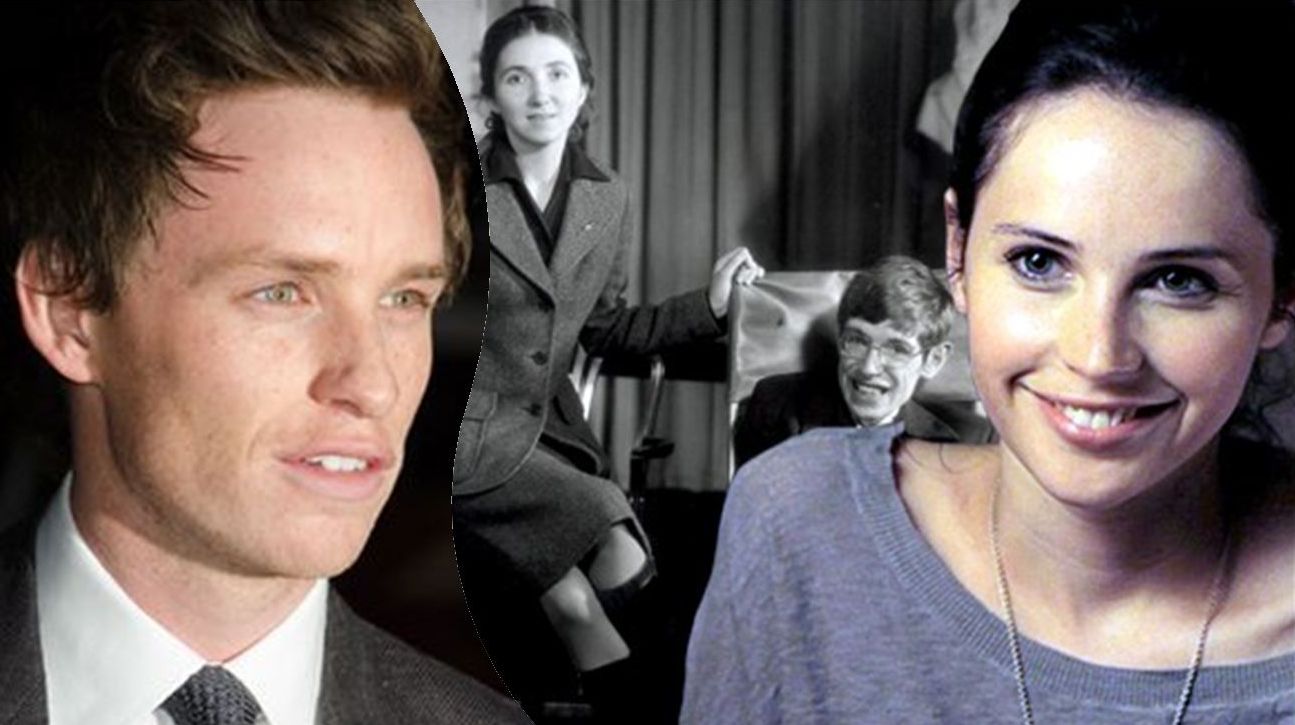 “This extraordinary love story between one of the greatest minds of our time, Stephen Hawking, and his first wife
Jane is profoundly moving and inspirational, with heart and humor. Under the dynamic direction of James Marsh,
Eddie Redmayne and Felicity Jones deliver performances of stunning emotional power," said Focus CEO Peter Schlessel in a statement. (source) Another article: deadline.com

The movie explores the excitement of the 1960s for Stephen as he studies at Cambridge University. At the dawn of
a brilliant life’s work, he falls passionately in love with arts student Jane Wilde. Their relationship leads him through personal and scientific challenges and breakthroughs, and as his world opens up he opens up the entire world to
new ways of seeing. (source) 
If you are interested in Andrew Garfield's High school performance from 2001, it's on Youtube.
The final show by this uber-talented 'A' Level Drama group in their final examination production in high school /
'The Tales of Ovid' 2001(full show)
Another video from the show: Andrew Garfield as Narcissus in 'The Tales Of Ovid' (2001)
Via The Wrap article (with the second video) By Jordan Zakarin on April 10, 2014:
Andrew Garfield's Very Dramatic High School Stage Performance Surfaces on YouTube
...The archival footage features Garfield in his final A-level performance (more or less the equivalent of high school finals over in the UK), breathing life into the Greek character of Narcissus in the British playwright Ted Hughes’ “Tales from Ovid.”
He's got a long monologue, which he delivers on a rudimentary stage, and a good bit of crying, which he does with much conviction. No doubt that the audience present that night knew that they were watching something special.