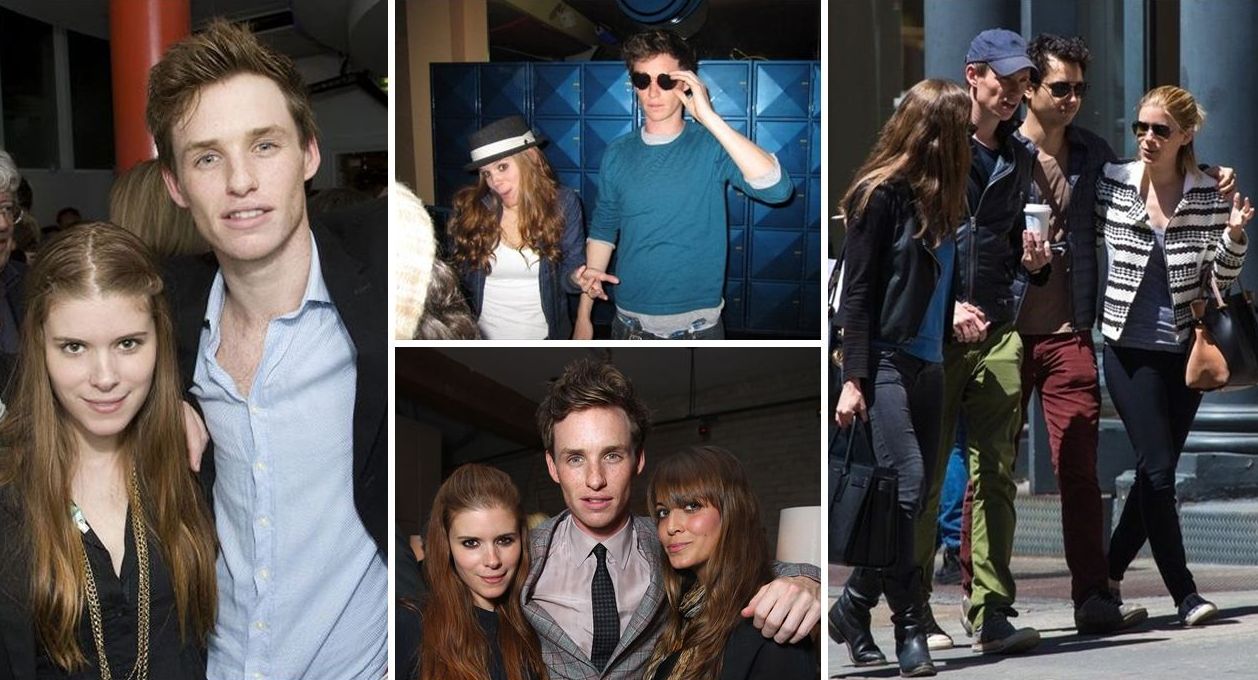 Eddie and Hannah spent some time with Eddie's friends in NY. Saturday they went to see Andrew Garfield and Emma Stone in Saturday Night Live, they met some friends in the Met Gala too, and they went to a double date with Kate Mara and Max Minghella on 5th May.
Yesterday the Daily Mail posted an article about this:
The fantastic four! Kate Mara and Max Minghella enjoy a double date with Eddie Redmayne and his girlfriend in New York.

Kate Mara is set to star as Sue Storm/The Invisible Woman in the reboot of The Fantastic Four.
And on Monday, she made for one of four while on a double date with her boyfriend of four years, Max Minghella,
alongside actor Eddie Redmayne and his girlfriend Hannah Bagshawe.
The two couples looked quite lovey dovey on the sunny New York stroll, with Kate, 31, and Max, 28, walking with their arms round each other, as Eddie, 32, held hands with Hannah.The House Of Cards star looked to be spearheading conversation as she spoke and gestured animatedly, with the other three listening intently.....
...Kate and Max got together after meeting on the set of 2010's The Social Network.They split up in early 2012, during which time she dated actor Justin Long. In September 2012, they reunited and have been going strong since. The pair is enjoying their time together before things get hectic for Kate, who will soon start filming The Fantastic Four.... 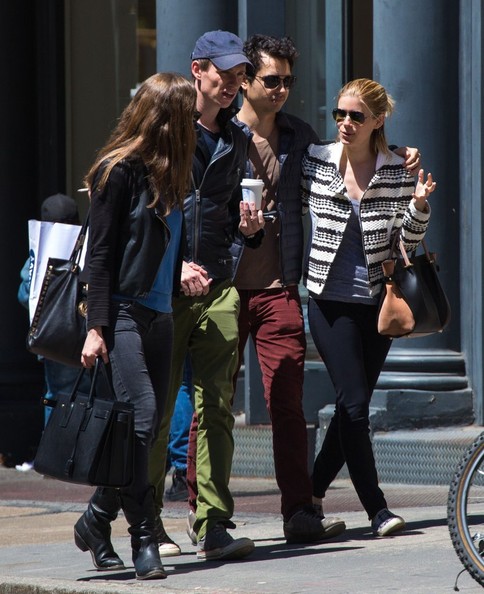 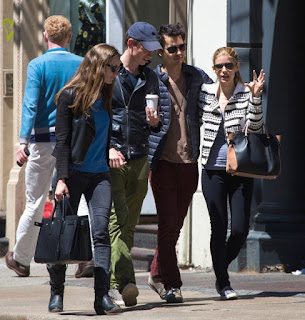 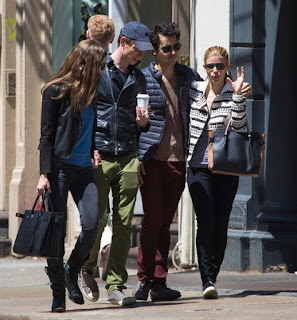 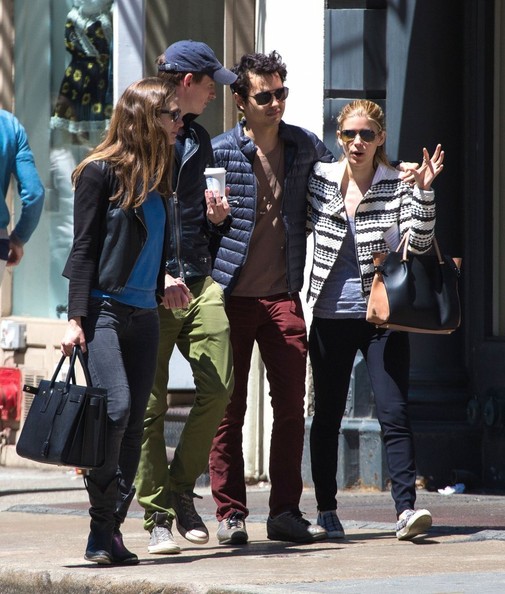 Here are a few pics from the past 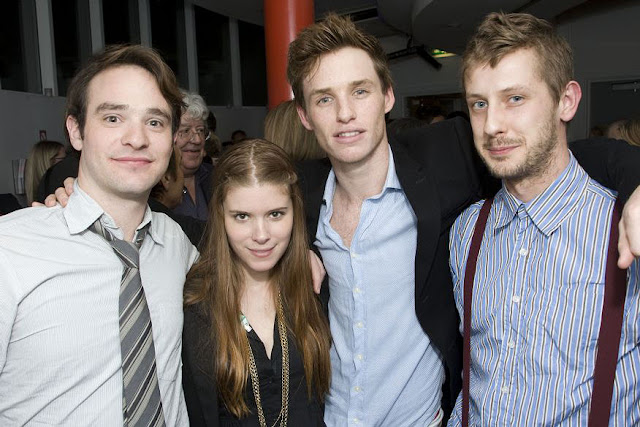 Serenading Louie press night at the Donmar Warehouse, London, on 16th february 2010.
In the photo: Charlie Cox (one of Eddie's best friends), Kate Mara, Eddie and Alex Mavor (x)
According to rumors Charlie dated with Kate in 2008-2009.
They met on the set of their movie 'The Stone Of Destiny'. 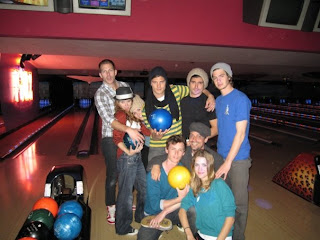 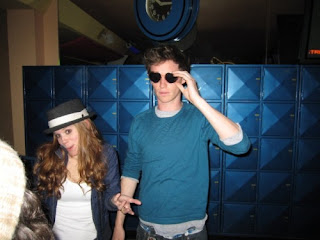 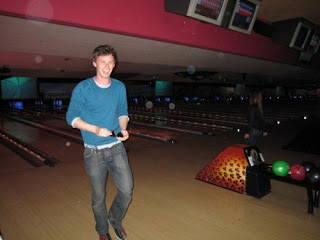 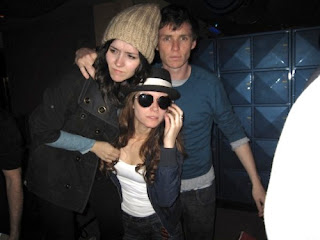 I don't know exactly when these photos were taken, iloveeddieredmayne.com posted one first on 28 Okt 2010.
Eddie went to bowling with his friends Andrew Garfield, Jamie Dornan, Kate Mara, Shannon Woodward and some others, whom I didn't recognized on the picture. - sources: (x) & (x) & (x) 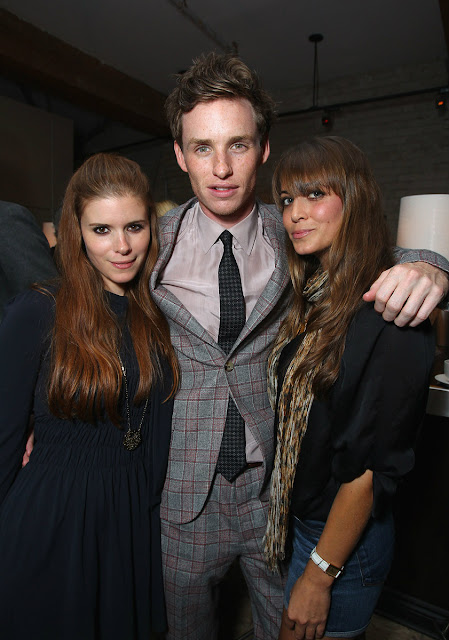 In the charity work Eddie and Kate are both First Responders of the International Medical Corps.