Quotes, a photo from Thursday, article about his style and a fanpic

YAHOO! NEWS PHILIPPINES published an article about Eddie Redmayne today. The structure of the article is deceptive, you may think, that this is a new interview, but it isn't. In the line under the title Cover Media is shown as the author, this means I think, that the article based on Cover Media feed. They pinched together a bunch of different print and video interviews from other sources.  It isn't clearly indicated in the text, and it isn't correct. The original authors are not listed, so we cannot give them the respect, that they deserve.
If you are a long time fan, most of the quotes are certainly familiar to you, but if you are new or didn't read them, hopefully you'll find those interesting.

In the article there are quotes about:

- his feelings on his upcoming films
- on the potential changes in his celebrity status
- what it feels like meeting actors he's admire
- working on Les Mis and My Week with Marilyn
- his career so far
- what the success of Les Mis meant for him
- his feelings about doing sex scenes
- when he got the acting bug
- his fashion and Burberry connection
- what he loves and hates.
Link to the full article

Eddie Redmayne: Sex scenes are painfully embarrassing - via (x)
By covermg.com | Cover Media – Fri, May 23, 2014
...This summer the boyishly handsome Burberry model switches gears and plays a maniacal villain bent on menacing Mila Kunis and Channing Tatum in Jupiter Ascending, the latest sci-fi epic from the Wachowski siblings. Then in late Autumn Eddie takes on what may well be the defining role of his career as the young Stephen Hawking in Theory of Everything, a film that could well land Redmayne in Oscar territory. ....

Quotes from the article:

ER: "I’m very pleased to be able to get more offers and more opportunities for work. Actors are often living with some form of anxiety when it comes to their next job and it tends to be feast or famine. But it’s exciting and rewarding to get to play a man like Stephen Hawking although you worry about not being able to do justice to such an important figure."...


About Jupiter Ascending: "The story is Shakespearean in a way, and the Wachowskis are incredibly inspiring and I’m thrilled to have worked with them. I found Cloud Atlas to be one of the bravest and boldest films I’ve ever seen. It was an incredible experience working with the Wachowskis. They have an extraordinary imagination and they invite you to enter their world and every day on the set was quite remarkable."

About Hugh Jackman: "Hugh Jackman pushed us all to raise our game a notch. He is the nicest man in the world, but he’s also one of the most hardest working. His commitment and his talent inspired us to step up to the mark there. What surprises you is how multi-talented this guy is. He feels like a throwback to a different generation of movie star, or entertainer who does sort of everything, he sings, he dances. But also, beyond that sometimes I feel like that can take away from the fact that at the core of it, he’s a staggering actor, a sensationally brilliant actor. That was the most inspiring thing."

About shooting the Eton scene in My Week with Marilyn: "There was a scene when I take her to my character Colin Clark’s old school which, completely coincidentally, happened to be my old school (Eton).
In the film you see how all the Eton schoolboys were fascinated with Marilyn, and of course while we were shooting our film all the schoolboys were also gagging to find out what Michelle was like. It was incredibly bizarre...
...she – quite spontaneously while we were shooting a scene – improvised this kiss. She kissed one of the schoolboys and he blushed. That’s a real moment in that scene."

About doing sex scenes: "Sex scenes are pretty painful and they’re very embarrassing. They’re always, in the clichéd way, an actor’s nightmare. Everyone hates them. The directors, too. You find yourself going at it with the actress and you keep at it and all the time you’re hoping the director will say 'Cut!' so you can stop. And then you need to start all over again until they’ve shot enough angles and close-ups. It’s a very uncomfortable and awkward situation to find yourself in and there’s nothing at all pleasant about it."...
..."In Savage Grace, I’m part of a threesome with Julianne (Moore) and Hugh (Dancy). It’s about as awkward as you can imagine and then at the end of the scene Tom Kalin (the director) holds the camera right on top of us where we’re all kissing each other and suddenly we burst into hysterical laughter. We couldn’t contain ourselves any longer! (Smiles)"

About acting professionally: "The odd thing about this profession is that you still feel like a kid play-acting. There’s this sense of make-believe and wonder to it that stays with you."

About fashion: "I enjoy fashion although I’m often wearing jeans. But I like good suits and I love to wear a nice jacket with a pair of jeans. I’ve been lucky in that I’ve become friends with Christopher Bailey and he’s given me some good advice." 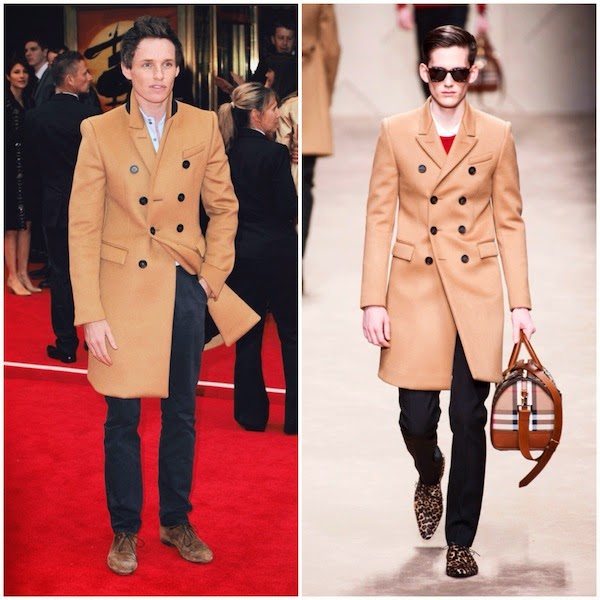 Lastly a newly published fanpic. I don't know when it  was taken.
source: yourpresence-still-... via (x)