Searching the web I came across a few photos of Tracy. She's a fan of Eddie Redmayne for more then 5 years now and met him several times. I prefer these than most of the red carpet pics. Thanks Tracy to share these in her blog! 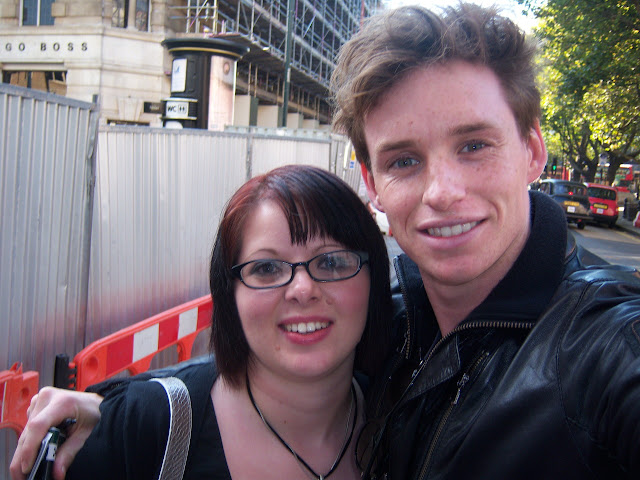 'Eddie actually took this one!' (above)
And look at this one! I love it! He's beautiful. 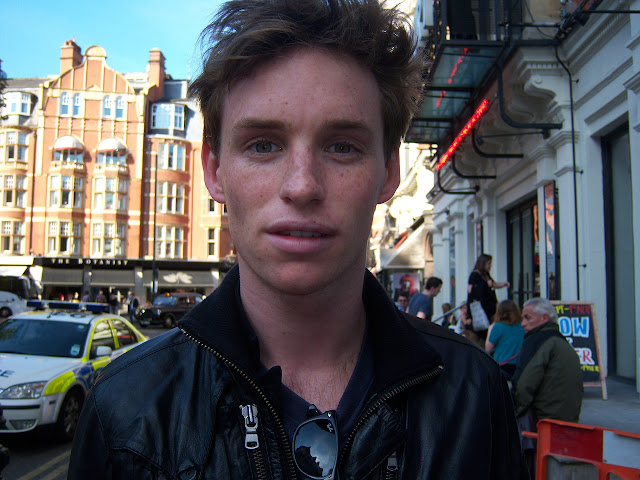 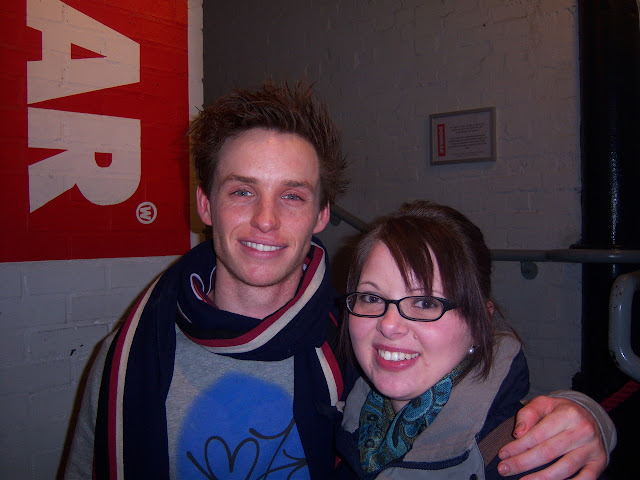 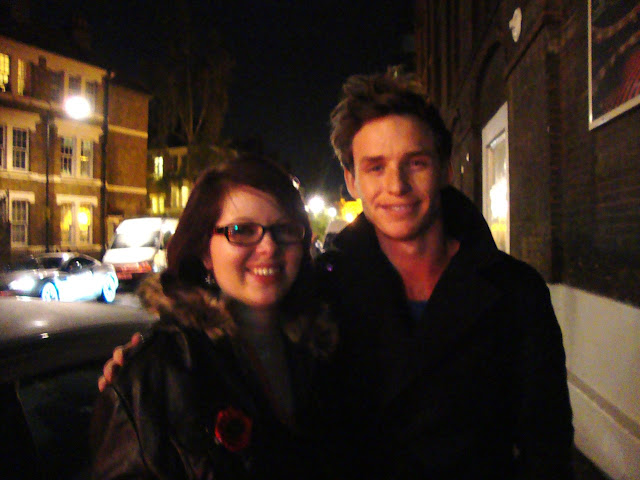 'Me with the always lovely Eddie Redmayne! He had clocked me in the front row during the Richard II
performance, and when coming out down the stairs saw and pointed at me, ran down the rest and
shouted “I thought it was you!! Did you see me looking at you!” Yeah I died at that point!!!'
Jan 2012 - source: misskooky.tumblr.com via iloveeddieredmayne.com Eddie noticed Tracy in the crowd at the opening ceremony for the Harry Potter studios.(x) March 31, 2012 Email ThisBlogThis!Share to TwitterShare to FacebookShare to Pinterest
Labels: fan