Mariuses in Tess of the D'Urbervilles

Angel Clare in the BBC drama Tess of the D'Urbervilles was an important TV role of Eddie in 2008.
The other male lead Alec D'Urbervilles was played by Hans Matheson. In the end of March I've noticed,
that he was Marius in the 1998 film version of Les Misérables.
So I made this picture compilation on the subject. 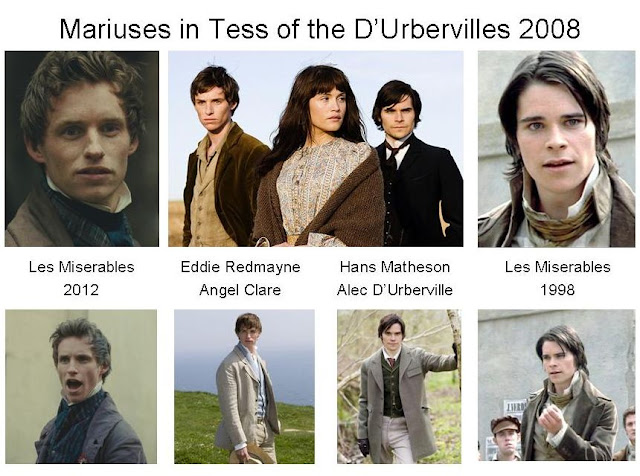