Open casting for Theory of Everything movie in Cambridge

I recommend this news for those who live near Cambridge, and want to be included in the movie.
The production team is now seeking people to star as extras during shooting in Cambridge in September.
An open casting will take place tomorrow between 10am and 4pm at The Arts School Lecture Theatre in Benet Street. No experience is necessary.

Source:
After BenedictCumberbatch, how Les Miserables heartthrob Eddie Redmayne is the latest to playProf Stephen Hawking in movie

About the production:
EddieRedmayne to Play Young Stephen Hawking in 'The Theory of Everything' 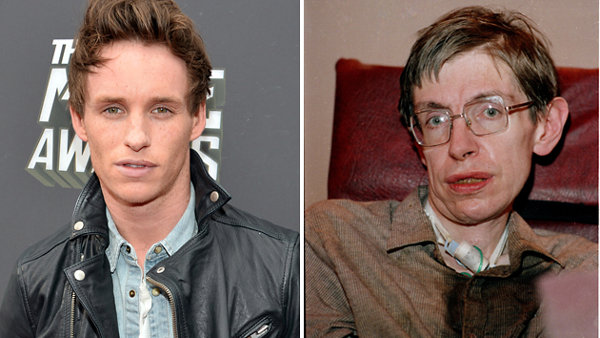 British actor Eddie Redmayne will soon be tacking his most challenging role to date in the true-life story of one of the world's most influential scientists.
Redmayne will be playing famed physicist Stephen Hawking in the upcoming biopic "The Theory of Everything," which is expected to focus on Hawking's life in the mid-1960s, according to Deadline. Working Title, the British production company that also brought "Les Miserables" to the big screen, are behind the project.
Beyond his skills as an actor, Redmayne seems an ideal choice to play Hawking – he looks youthful enough to be convincing as a young man of college age, and pictures of Hawking in his days at Oxford and Cambridge prove the actor bears a genuine resemblance to the physicist in his youth.
Full article...

Hawking: watch the world exclusive trailer of the documentary about the celebrated scientist - VIDEO

Hawking is the new documentary about the celebrated physicist Stephen Hawking, author of A Brief History of Time. Hawking's story, from his early days as a student through his battle with amyotrophic lateral sclerosis, to his status as a bestselling author, is narrated by the man himself.
Hawking is released in the UK on 20 September.

Something about me
In 1980, when I went to University, the movie "Victory" starring Sylvester Stallone, Michael Caine, Pelé and Max von Sydow was filmed in Budapest. Much of the film takes place in a football match. I took part in the filming as an extra. I was a viewer in the stadium. I spent three days on the set. Unfortunately, when I watched the movie, I have not managed to find myself in the crowd.

Update: November 8, 2013:
Article in The Cambridge Student by Ruairi O'Donoghue:
Cambridge University hits international cinema screens
Next year’s box office is set to be a significant one for the University of Cambridge, as three films will be released about Cambridge academics. How to Make Love like an Englishman, starring Pierce Brosnan, is a largely fictional account of a generic Cambridge poetry professor. The Imitation Game and The Theory of Everything are biopics of real Cambridge dons, Alan Turing and Stephen Hawking respectively.
Over the summer students were able to audition as extras for the film The Theory of Everything, starring Eddie Redmayne. Universal Extras held the open auditions in August at the Art School Lecture Theatre.
Posted by Jutka at 9:26 PM

Email ThisBlogThis!Share to TwitterShare to FacebookShare to Pinterest
Labels: article, Hawking, news, personal, Theory Of Everything