In Les Mis Hugh Jackman carried Eddie Redmayne on his shoulder in the sewer. 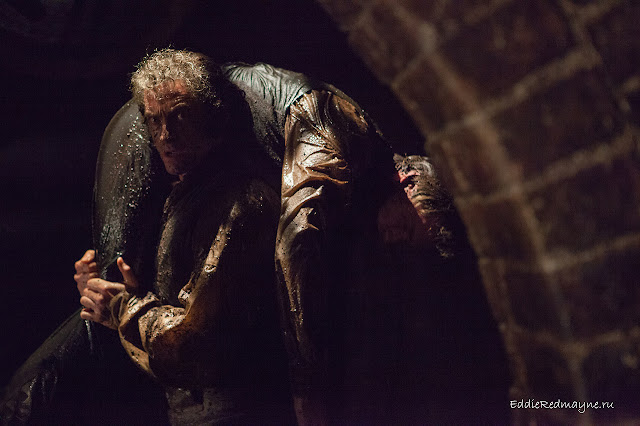 In Birdsong Eddie carried Joseph Mawle on his back through the tunnel. 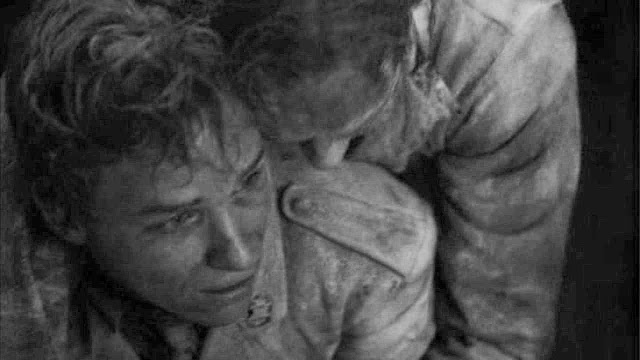 In Tess of the D'Urbervilles he carried the girls through the water.

'So, it's nice to be playing a kind - albeit flawed - English gentleman,' says Redmayne, who is dressed as Angel in linen trousers and pale-blue waistcoat, and handsome enough to cut it as one of those cardigan-clad models on the cover of hip fashion magazines. He says the hardest parts of the role were learning how to milk a cow and carrying Tess and her fellow milkmaids across a flooded lane.
'I thought, what a wonderful scene. But cut to being in a flooded pond, with waders that let water in, and wearing black PVC leggings under the waders, and then carrying the girls again and again and again. Bless them, they were brilliant, but they sat there, going, "Are you all right?" I didn't have to go to the gym for a bit after that.' ( x )

Brian carried Stephen up the stairs in 'The Theory of Everything' (x)
Harry Lloyd: Was an honour carrying u up the stairs. - gifset (x)