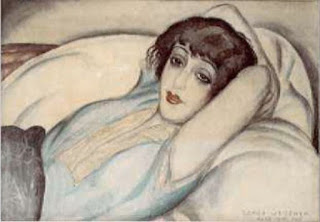 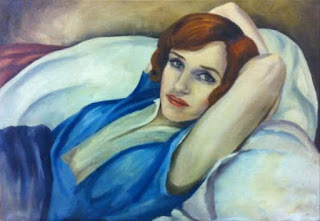 Production designer Eve Stewart teamed up with British artist Susannah Brough and they eventually settled on roughly 70 artworks to re-create for the film. “We laid them all out and went through the script with Tom and writer Lucinda [Coxon] and plotted which ones would hit each scene,” she said. “We only had two months to re-create all of them.
By the end we were all in that painting room! The film’s paintings weren’t exact replicas of Gerda’s work, however.
“We had to adapt them slightly because they didn’t look like Eddie,” Stewart said. (x) 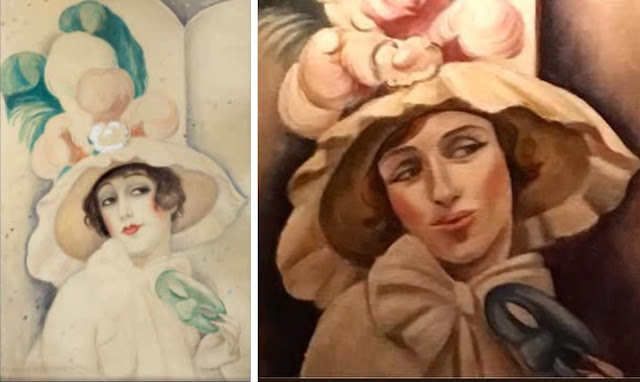 The Guardian: The Danish Girl puts Gerda Wegener’s art on view to the world
An extensive new exhibition at Arken Museum of Modern Art, near Copenhagen, is seeking to re-establish artist
Gerda Wegener’s reputation

THR: Eddie Redmayne Returns to Modeling as Trans Pioneer
British muralist Susannah Brough was commissioned to oversee the painting sessions of Redmayne posing as
Lili Elbe for 'The Danish Girl.' ...
Afterward, Redmayne won't be nabbing any artwork from the production for himself, especially if it's of himself.
"I think it'd be a bit surreal to have paintings of me in Lili guise," says the Oscar winner.
Instead, he'd prefer an original Einar landscape, which surrounded him while shooting at The Royal Opera House
in Copenhagen.
"Rather than being in a trailer, I was in a room by the Opera and the production team has found some of Lili's
paintings from when she was living as Einar that were on my wall. It was amazing to have that as inspiration,"
says Redmayne. Also on his wish list: "I'd love to own some of Gerda's real paintings of Lili, but I think I'm
probably behind the times! I should have invested early!" 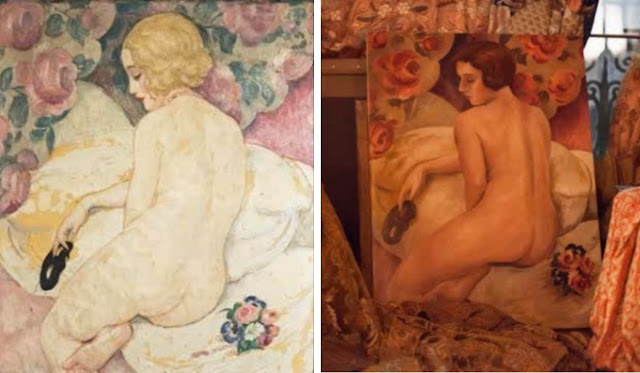 LA Times: The Envelope:
The real-life artists of 'The Danish Girl' inspire a costume designer's creations
...There is one dress we copied 100% — though we still had to imagine it. That is in the scene where Gerda is
painting a portrait of one of their friends, Ulla, a dancer at the Royal Danish Ballet. That is the dress that Einar
models for Gerda [when Ulla isn't available], and then realizes who he really is....read more

Update: Bespokeredmayne added one more image to my tumblr post, shared a photo of her granddaughter, Eddie's youngest fan Maria with a limited framed print of one of the paintings about Eddie as Lili she bought for her as a present for Christmas. Read more and check the pic here.