Eddie collects OBE from the Queen

Congratulations to The Theory of Everything and #FantasticBeasts actor Eddie Redmayne, who today received his OBE from The Queen. pic.twitter.com/IjdhMxUrkM
— The Royal Family (@RoyalFamily) December 2, 2016 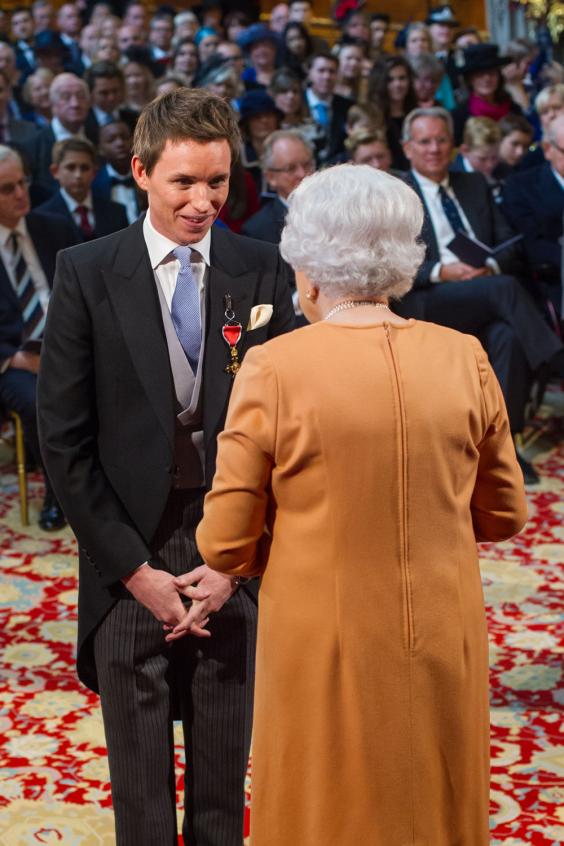 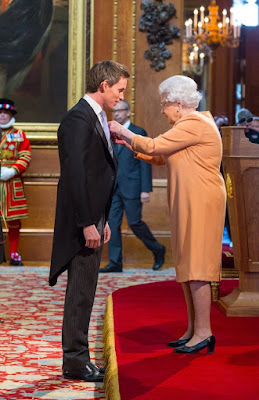 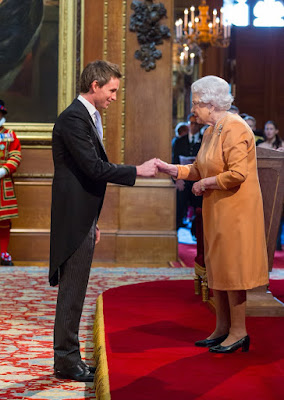 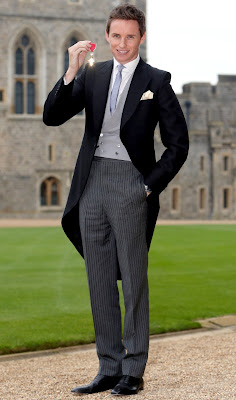 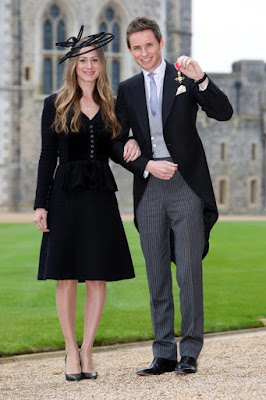 bespokeredmayne: Beware the Niffler: Eddie Redmayne strikes a jaunty pose outside Windsor Castle Friday
with his especially shiny OBE, just pinned to him by Queen Elizabeth for his services in drama. He’s glowing,
too. (Photo IG @britishnobility)
bespokeredmayne: Did Eddie Redmayne break out some of his wedding attire for another major ceremony
of his life today when he was honored by the Queen with his OBE at Windsor Castle?

The Telegraph: Eddie Redmayne collects OBE from The Queen and reveals why he still takes the Tube
The 34-year-old, who has a baby daughter called Iris with his wife Hannah Bagshawe, said being a parent was "wonderful", adding: "Except she does have the habit of knowing when you have a big day, like today. "And she was up until four in the morning, so both my wife and I came today with matchsticks under our eyes. Other than that she is on cracking form."
Redmayne was named in the Queen's Birthday Honours list in June 2015 - a career-defining year for the star in which he picked up a best actor Oscar for his portrayal of Professor Stephen Hawking in The Theory Of Everything. On receiving his honour, he said: "It was absolutely wonderful. Also being with such extraordinary people, the whole experience is incredibly humbling and also getting to be in Windsor Castle is breathtaking, around Christmas as well with all the decorations." 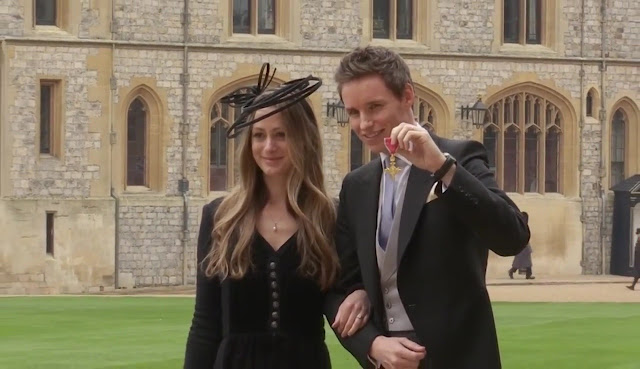 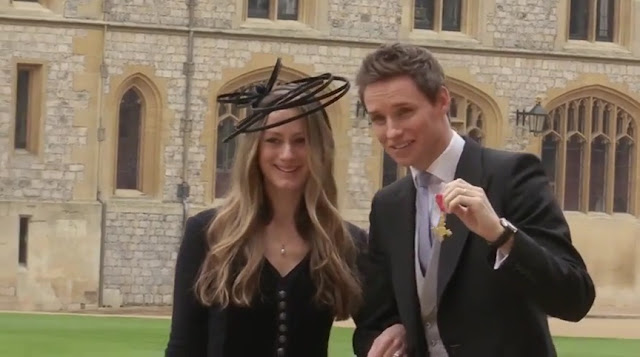 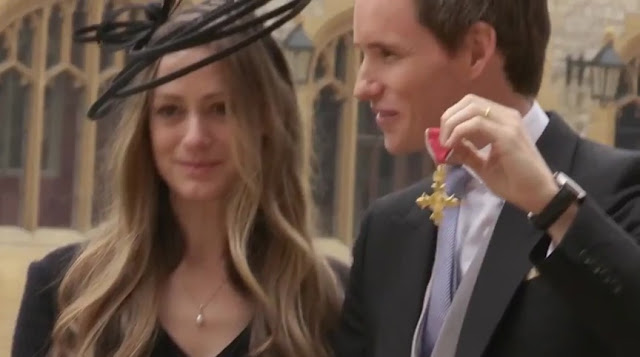 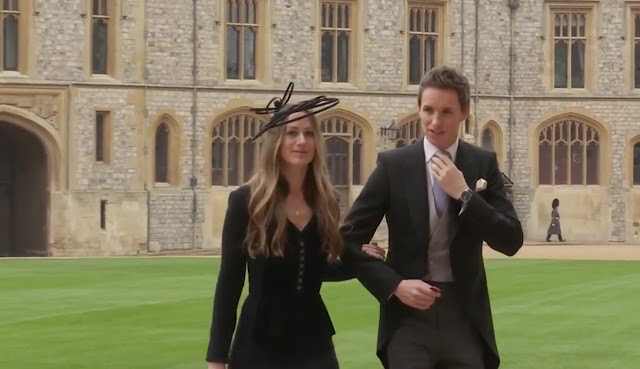 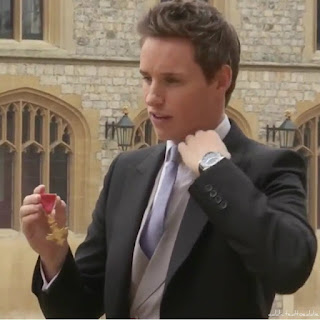 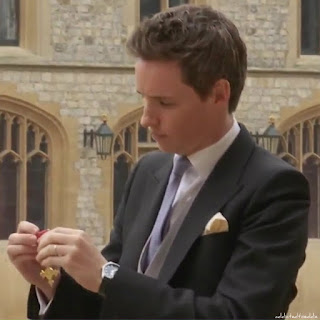 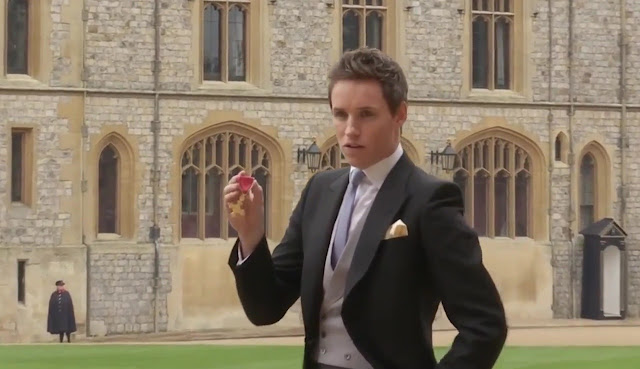 my screenshots from a video of the event

Email ThisBlogThis!Share to TwitterShare to FacebookShare to Pinterest
Labels: Queen