Eddie featured on the best dressed lists in 2016 again

MR PORTER: THE MOST STYLISH MEN OF 2016
Eddie Redmayne atop Mr Porter's 2016 Most Stylish Men List 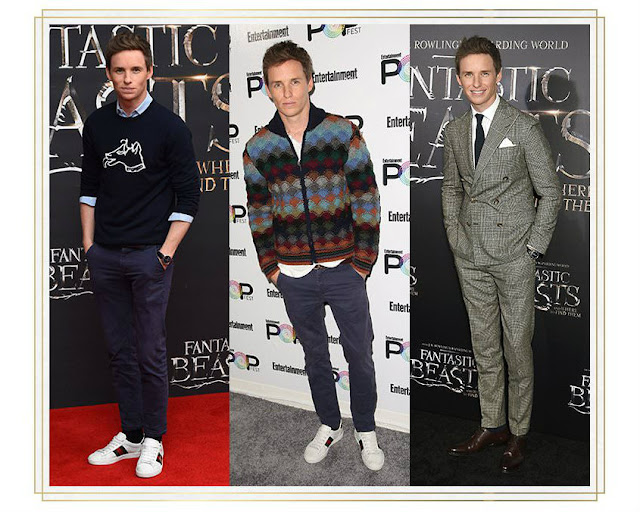 Mr Redmayne has brought a new vulnerability and, dare we say it, femininity to the role
of Hollywood leading man. This year, as the magizoologist Newt Scamander in Fantastic
Beasts And Where to Find Them, he lays down a blueprint for a very modern action hero:
less brooding, more sensitive, and happy to reveal, even revel in, his emotions. Coming at
a time when our concept of masculinity is becoming ever more inclusive – not to mention
uncertain – you have to say that this makes him one of the most contemporary mainstream
actors out there. And his personal style follows suit: always on point, whether casual or smart,
Mr Redmayne has been at the vanguard of men’s style for years. MR PORTER first met
him back in late 2014, at the height of awards season and just before he won his Oscar for
The Theory Of Everything, and fashion dominated the conversation even then (specifically,
the teal Burberry suit that he wore to the movie’s premiere). His 2016 yearbook proves
that little has changed: he’s still a dedicated follower of fashion, his tastes leaning towards
Gucci (sneakers, left and middle), Prada (cardigan, middle) and Polo Ralph Lauren (right).
For niche label fans, the sweater he’s wearing (left) is Bella Freud. (via bespokeredmayne)

GQ: ALL OF 2016'S MOST STYLISH MEN OF THE MONTH
GQ chooses its Most Stylish Men monthly and reminds us why Eddie Redmayne
earned the November honor in its year-end wrap-up. (via bespokeredmayne) 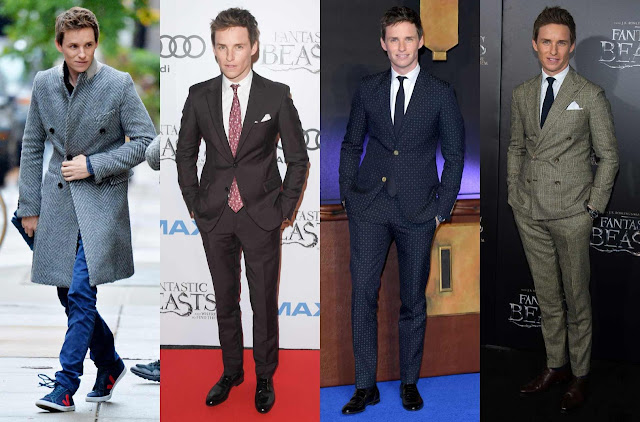 Suits have become slouchier this season, but while promoting Fantastic Beasts and Where to Find
Them, Eddie Redmayne demonstrates how sticking to styles that suit your body type is essential if
you want to look good. Sharp-shoulders add shape to a slimmer torso by making the wearer look
broad-chested. And this rule doesn't just apply to suiting, a British-signature strong shoulder in
downtime dressing also flatters a slim physique, as Redmayne shows in his thigh-skimming wool
coat. We’re also giving this gentleman extra points for braving bold tailoring, from a navy patterned
two-piece to his checked Polo Ralph Lauren suit.

Mirror Fashion style icons 2016: Red carpet king
If you’ve been listening to anything we’ve been banging on about this year, then you will know
we LOVE Eddie Redmayne. A lot. Probably a bit too much. The man can do no wrong. He gets
the Tube, he can pull off a red check and he has an OBE as well as an Oscar! Eddie is the ultimate
dandy and he’s actually made writing about men's fashion interesting. And we’ve loved every
Gucci-Burberry-Lauren clad moment of it. Eddie loves a printed suit and he can pull it off

Grazia magazine: These Are The 12 Best-Dressed Men Of 2016
"From established sartorial heavyweights (Eddie Redmayne, we're looking at you) to newcomers
to the fashion world (enter, Zayn Malik), these are the men who gave their female counterparts
a run for their money in the fashion stakes over the past 12 months..." (via bespokeredmayne) 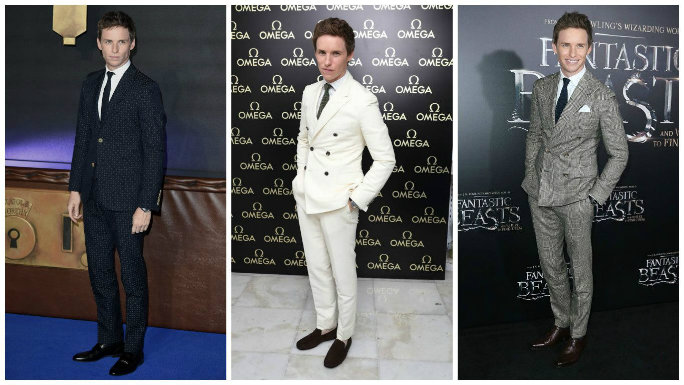 "We're not sure if it's because he's a former Burberry model, or because his colour blindness
allows him to see past 'clashing' hues (his words, not ours), but Eddie Redmayne has a knack
for pulling together surprising but dapper looks time and time again. With a love of texture
(he's never far away from a velvet suit jacket) as well as prints, you can rely on him to bring
his sartorial A-game to every red carpet appearance."

We take a look at the most stylish guys over the year in this extensive guide to
2016’s Best Dressed Men by Menswear Style
10. EDDIE REDMAYNE, ACTOR – LONDON, ENGLAND
It would appear that Eddie can do no wrong. Every thing he touches seems
to turn to gold and as a result he’s become one of the most sought-after
Actors of recent years. We think his success may have just as much to do
with his snappy dress sense as it does with his acting capabilities.

THR/Pret-a-Reporter: The Best-Dressed Men of 2016
From Jared Leto's hot pink Gucci pants to Wiz Khalifa's red-carpet Converse,
Hollywood's most dapper men had some memorable looks this past year. -
21/31 Eddie Redmayne
The always dapper Eddie Redmayne lived up to his well-suited reputation at
the New York premiere of Fantastic Beasts And Where To Find Them
on Nov. 10, wearing a plaid Ralph Lauren suit.

Radioone: Best-Dressed Men in 2016
Eddie Redmayne often plays socially awkward characters on screen, but complements
his polished manners with his own unique sense of style when on the red carpet. Here,
while promoting his movie Fantastic Beasts and Where to Find Them in London, he
was pictured in a striking dark navy blue patterned Gucci suit. 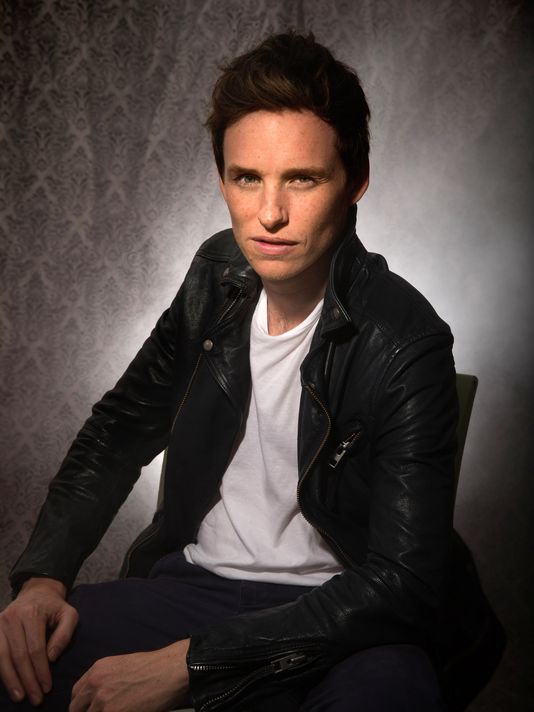 The list of Eddie's best looks from 2016 by eddiefashionmayne