More on the visuals in Fantastic Beasts - WIRED BTS video

"The Art of the Film" features six different concepts that were almost used. One had the case
opening up like an accordion binder, stretching so that people can climb into it. Another gave
the case teeth like a bear trap, to be used to keep the animals from escaping.

"Newt loves animals so much he's gone through great trouble of creating these worlds, but
he doesn't see his career as that. He's just pleased the animals are happy." - Inside the Magic

The Harry Potter prequel, Fantastic Beasts and Where to Find Them, finds Eddie Redmayne
performing a mating ritual in front of a massive computer-generated beast. Using a
combination of puppets and CGI, a slew of effects houses were able to craft convincing
monsters to populate J.K. Rowling's imaginative world. 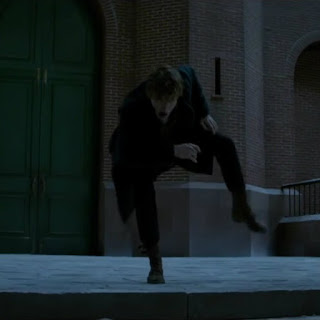 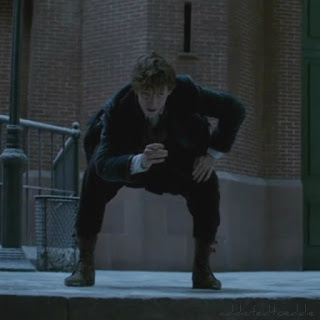 The Erumpent, which Jacob and Newt have to capture in Central Park, was one of the trickiest
animals to design. Some of the early concept art looks like everything from a warthog to a
triceratops. The oddest version, though, was a sort of giant seal. It stood on four legs, but it had
a huge, thick neck that made it look like it was standing upright. And it had a big ivory-looking
tusk pointing up from the middle of its face, like a unicorn. "They did not pass the audition,"
Dermot Power wrote in "The Art of the Film." "It happens." 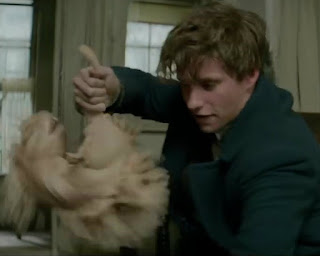 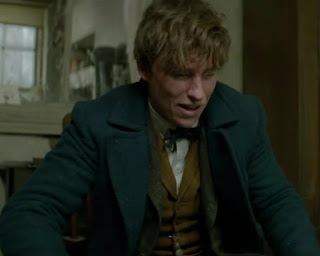 my screenshots from the video
Posted by Jutka at 10:44 PM