This is an interesting long interview with Eddie Redmayne by Eleanor Morgan for Elle Magazine. I have quoted some of it previously, this post contains the rest. You can find the full article in the eddie-redmayne.net site (LINK).

The first photo was in the magazine, this is from Hedi Slimane's photoshoot for the Los Angeles Times (2011)
I added some other photos from this shoot to the article. Photos source: ( x ) 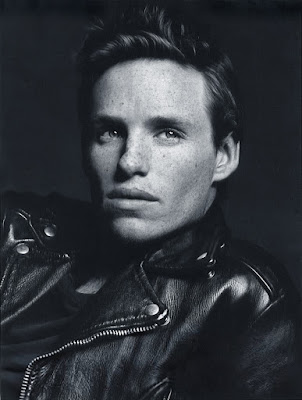 ...A steady stream of muscular, critically acclaimed roles have turned Eddie into the go-to actor for troubled young men, both on stage and on screen. ‘I’m a total Marmite actor,’ he concedes. ‘You either love what I do or hate it. I’ve done it all: incest, matricide, plenty of gay roles, paedophillia…’ he laughs, flashing a mouthful of cartoon white teeth. ‘Although I’m not sure I should really be joking about those things – I’m a bit worried it won’t come across all that well. I read on a blog once: “Eddie Redmayne either does period dramas [he was in the BBC's mini series Tess of D'Urbervilles and The Pillars of the Earth] or plays American f***-ups,” he laughs again, stabbing the pastry with a tiny fork. His hands appear to be shaking, just a little bit. His charm and quick wit may mask it, but he seems nervous talking about himself so much.
Among those who do love his acting is Julianne Moore, who insisted that Eddie play her son in the 2007 film Savage Grace. It’s arguably his most recognisable role to date, playing Antony, the heir to the Bakelite plastics fortune, who is gay – ‘I have a strong…what’s the phrase? Pink pound?’ – but has an incestuous relationship with his mother, which culminates in a crushingly uncomfortable sex scene, before he kills her with a kitchen knife.


He’s brilliant at playing weirdos. This autumn, though, sees him moving toward the mainstream. First, as royalty, playing the title role in Richard II at the Donmar Warehouse in London – ‘Micharel Grandage [artistic director at the Donmar] called me and said “Two words: Richard II, yes or no?” I laughed hysterically, then said yes. Obviously.’ It’s a mammoth role and Eddie’s excitement is tinged with white fear. ‘Learning lines is hard for me because I have the attention span of a six year old. That’s why being on planes all the time is so useful – I’m forced to learn out of boredom.’ 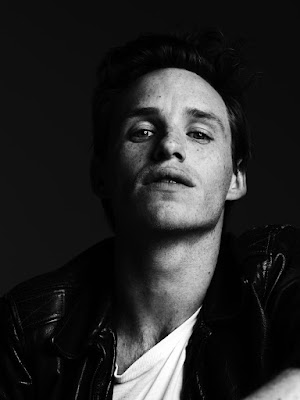 Then there’s the aforementioned My Week With Marilyn, out next month, which features Michelle Williams’ much-awaited turn as Marilyn Monroe. Eddie plays Colin Clark, an employee of Sir Laurence Olivier (played by Kenneth Branagh), who went on to write a novel based on the tense interaction between the two stars during the production of The Prince and the Showgirl. It’s the major picture to take on Monroe’s legendary life and working with Williams was, Eddie says ‘wonderful’. Was there a sense of life imitating art, what with Williams coming onto a set filled with all those bastions of British theatre? ‘Completely. It was filmed at Pinewood Studios and Michelle had Marilyn’s dressing room. She was really nervous because, like Marilyn, she was quite a vulnerable woman fitting into a British landscape. She was especially nervous about meeting Judi Dench.’

He’s already a familiar face in America from his film roles in The Good Shepherd, Powder Blue, The Other Boleyn Girl, Glorious 39, as well as Savage Grace... His appearance among the formidable cast of Marilyn will push Eddie even more forcibly into the fame sphere... 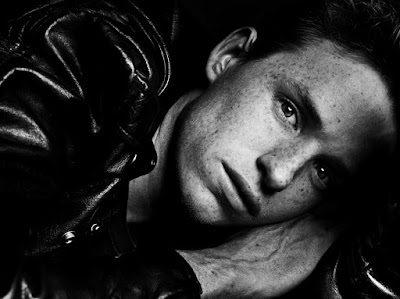 ...Eddie’s rise to Hollywood prominence, though
has been almost despite his choices – he has always been good at going for the less obviousy appealing role. His part in Edward Albee’s The
Goat, or Who’s Sylvia? in 2004, for example, which featured some same-sex incest. It won him the Outstanding Newcomer award at the 50th Evening Standard Theatre Awards, and – strangely given
the subject matter, perhaps – the approval of his parents for his career choice. ‘They were always
a bit funny about acting as a career up until that point. They were worried about the longevity and safety of it and kept trying to make me think about producing or directing, or whatever, until I was given that award.’ The clincher, though, was that Kim Cattrall presented it.
‘My parents really enjoyed Sex and the City. So they were, like, “If Kim Cattrall says you’re OK, you’re OK.”
It was a moment of validation, so thanks Kim.


When we meet, it’s within hours of him getting off a plane from Budapest where he was filing a forthcoming TV adaptation of the WWI-set novel Birdsong. ‘I dumped my bags at home and got straight on my bike,’ he says, spilling Orangina down his chin. He tells me he’s still living in a flat in Borough, South London, with two friends, but looking to buy somewhere of his own. He also says he’s single (and not gay), then quickly changes the subject, back to cake. ‘God, this pulpy stuff at the bottom is heaven. I feel like we’re in Paris.’ His timbre is pure Eton (where he went to school) but, aside from the popped collar on his polo shirt, there is nothing Boujis nightclub-ish about him whatsoever. He’s smart (he graduated with a 2:1 in art history from Cambridge) charming, engaging and has zero fake humbleness – usually a prerequisite for actors in his position. When he says he feels lucky, you believe him. 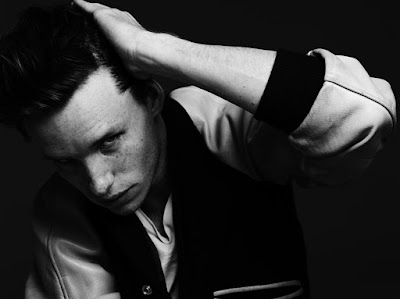 One thing I notice is that Eddie tries to ask more questions than he answers. He’s obsessively inquisitive. Did he ever consider journalism as a career path? ‘I did my work experience at school at the London Evening Standard,’ he says. ‘I was 16, this weird little boy, and was on such a power trip after being given a tiny little piece to write. It was f***ing hilarious. Seeing my byline made me giddy with excitement. I’ve often thought that I’d have quite liked to be a writer.’ For the moment, though he’ll have to make do with seeing his name up in lights – he’s doing pretty well at the day job.