As of today, FILMCLUB joined with fellow leading film education charity First Light to become
a brand new organisation - Into Film.
Into Film is launched its ambitious UK wide programme today at Westminster Academy.
Eddie Redmayne and Eric Fellner were among the guests. (more about the event) 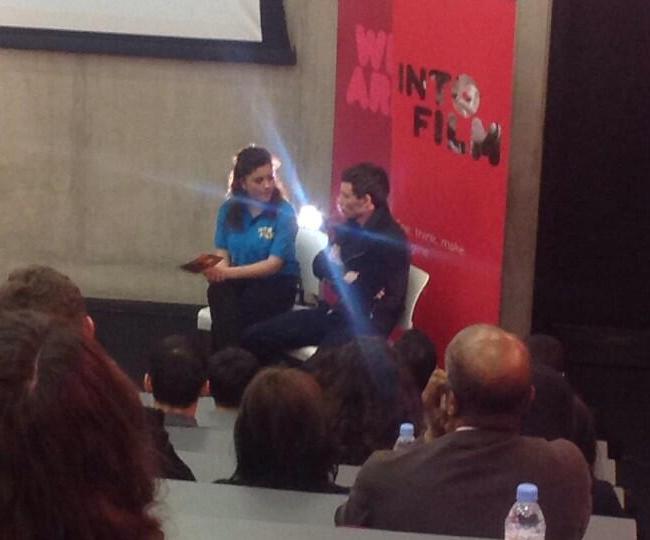 Eddie talked about his roles in Jupiter Ascending and Les Miserables, and how his roles
take him to different places in his imagination (source: ( 1 ) ( 2 ) the second is cropped) 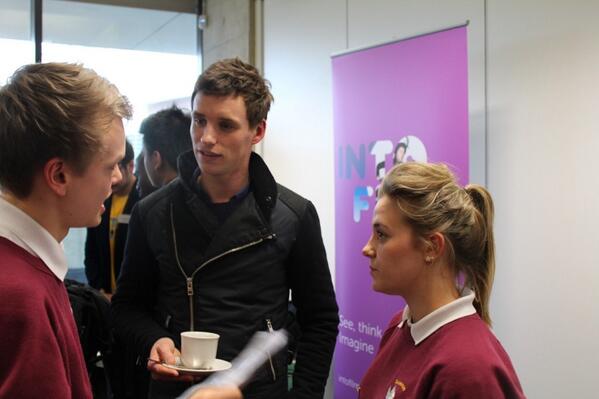 Sawston pupils speak to Eddie Redmayne after their presentation at the 'Into Film' launch today! pic.twitter.com/Q6aLt6QA61
8:24 PM - 5 Feb 2014

"...Our launch is the first step as we aim to work with members of the education sector and film industry
to deliver an ambitious and accessible programme that provides children and young people aged 5-19,
regardless of background or ability, with unparalleled opportunities to see, think, make and imagine."
More about 'Into Film' (with video) 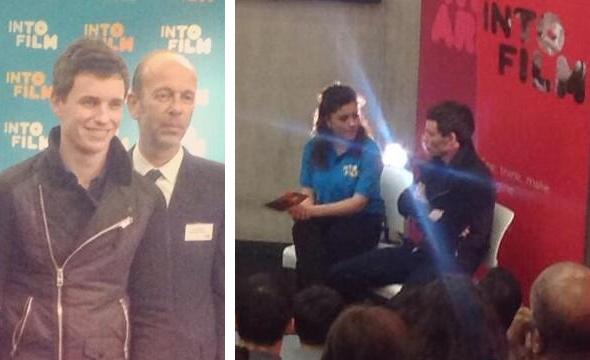 @bespokeredmayne ha! Yeah, he'll be chatting to our young reporters soon, stay tuned for the video.
— Into Film (@getintofilm) 2014. február 5.

There will be a video soon!

My next post here: Into Film Launch - more photos about the event

Into Film is delighted to announce ‘Green Light To Opening Night' a pioneering new project from Into Film that enables children and young people from across the UK to follow films from inception to cinema release.
The first film to be part of the project, and give young people exceptional behind-the-scenes access is ‘Bill' a feature length comedy film about the life of William Shakespeare, starring the cast from BBC TV show Horrible Histories and Sky's Yonderland. (more)