Adventures in filming - Bilbao edition. The behind-the-scenes video these gifs come from is here, and I was
amazed by the scale of the crowd watching them. It really makes me admire the actors more to see them
acting as cars whiz by and people lick ice creams and watch them as if they’re performing monkeys. (x)
Related posts on Tumblr 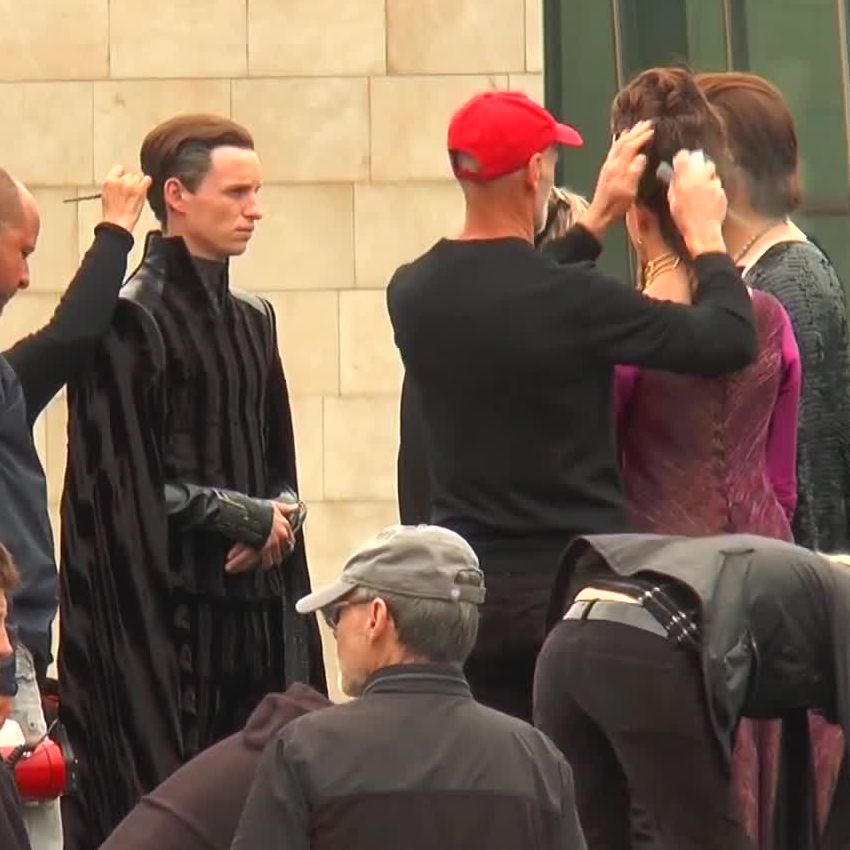 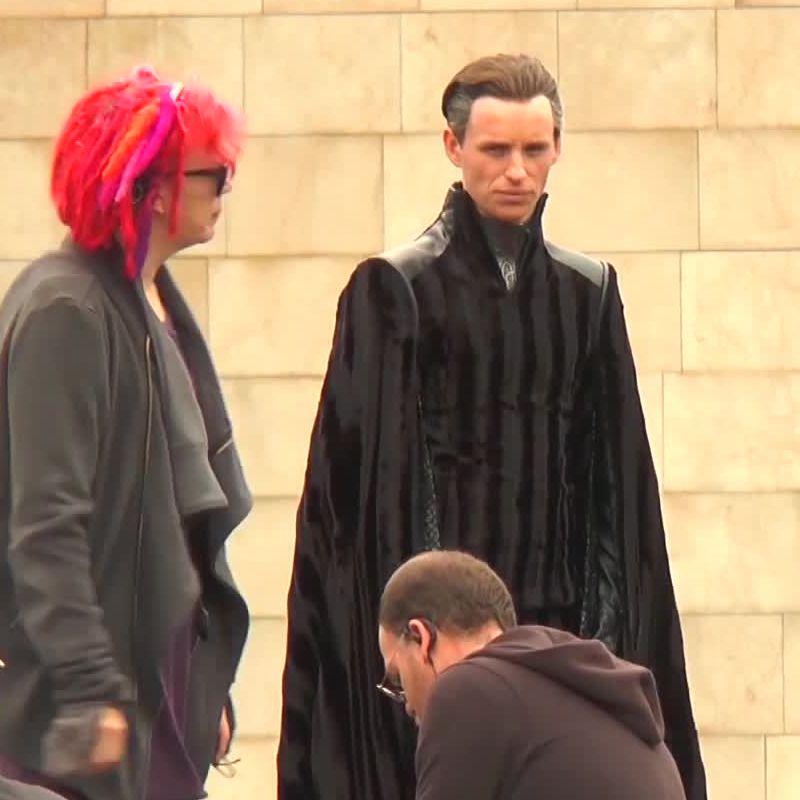 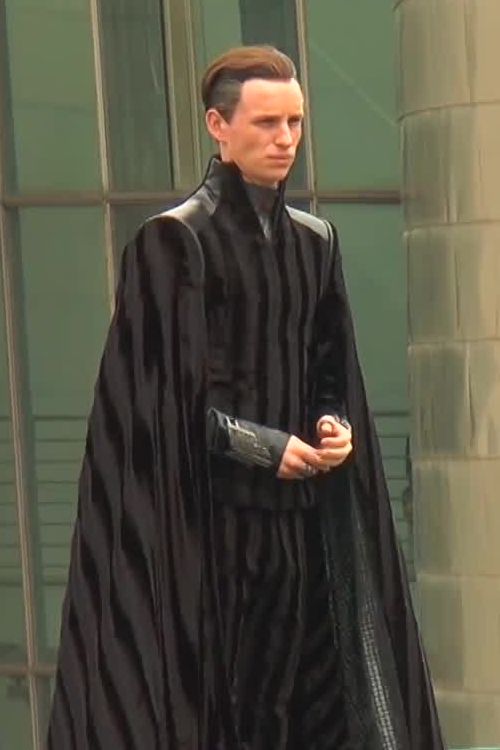 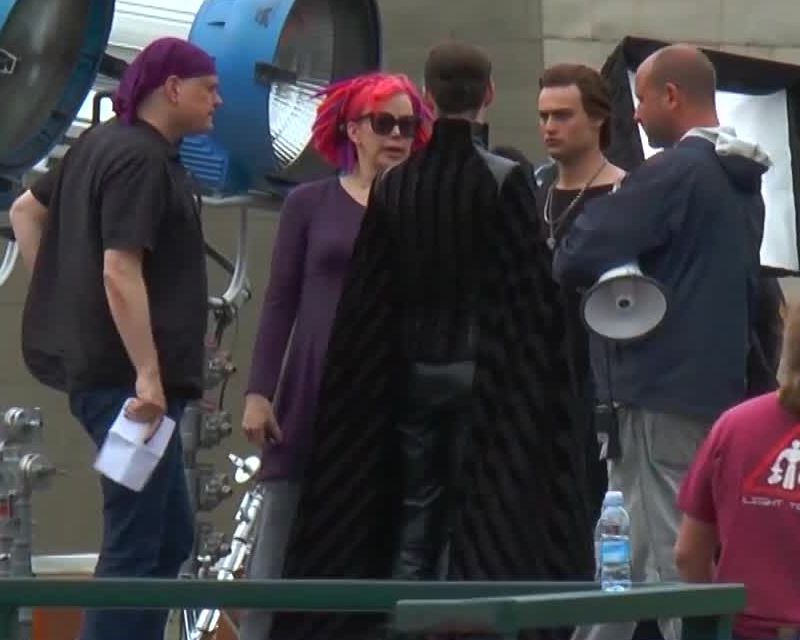 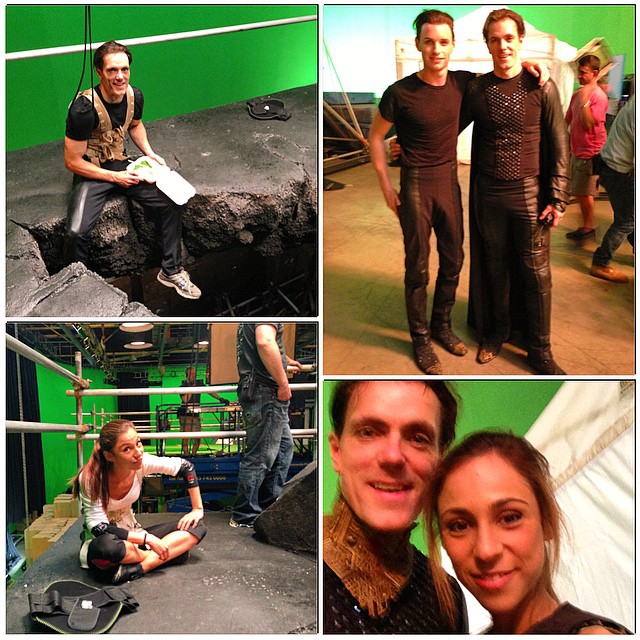 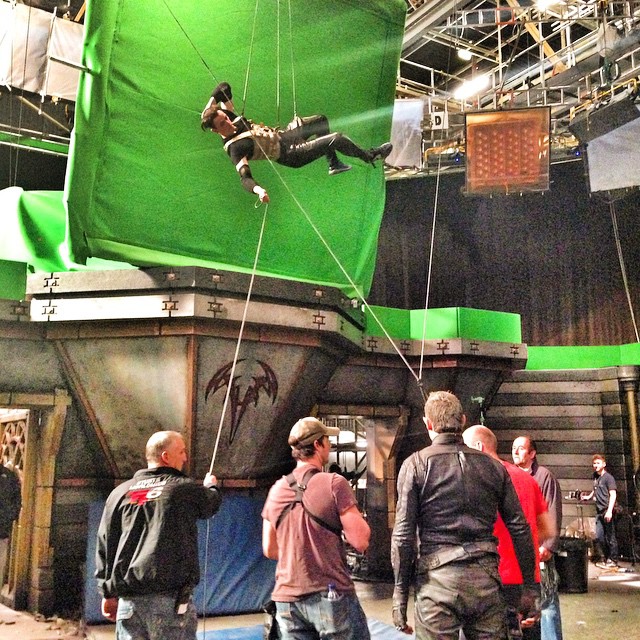 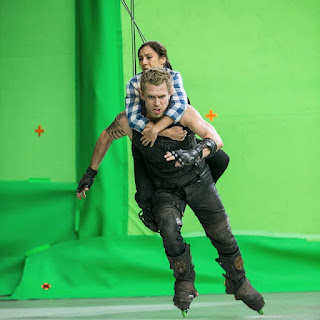 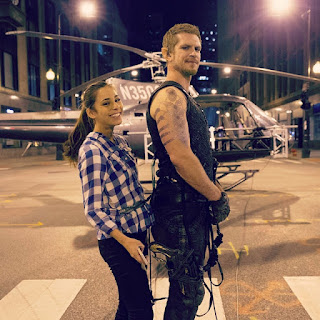 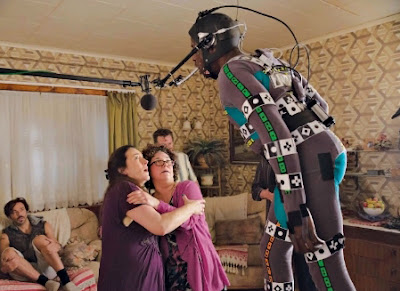 fuckyeahjupiterascending:
I love behind-the-scenes shots! Here, Maria Doyle Kennedy (Aleksa) and Frog Stone (Aunt Nino) flinch as they are menaced by Ariyon Bakare (Greeghan). It’s fascinating to see how Greeghan appeared ‘in camera’.
On a side note, I love Kick Gurry (Vladie) cowering in the background - he’s totally in character even though he’s out of shot!

(This is a crop of a scan from Cinefex magazine, April 2015, by Mila Kunis Web.)