(x)
Nominees announced for the 2015 IFTA Film and Drama Awards
Eddie nominated in the International Actor category :)
The Theory of Everything got nominations in the International Film and Production Design categories
and Eddie’s friends Jamie Dornan and Benedict Cumberbatch are among the nominees too.

The IFTA - Film & Drama Awards - Sunday 24th May Ceremony taking place at the Round Room at the
Mansion House in Dublin, celebrating and rewarding the very best in Film, Drama, Feature Doc, Live Action Short
and Animation. - Article and list of nominees here

The Theory of Everything - Tumblr posts (x)
TV3 will be bringing Irish viewers and the home audience all the excitement from Ceremony and the Red Carpet in a one hour IFTA Awards Special with all the highlights and interviews with nominees and winners, stars of the screen, guest presenters, Lifetime and special guests.
I look forward to the news if Eddie attends the event or not. I hope so.

In 2014 one of Eddie's best friends Jamie Dornan won the IFTA Rising star award and the Lead Actor in Television Award for his intense portrayal of serial killer Paul Spector in the critically acclaimed BBC/RTÉ drama series The Fall, alongside Gillian Anderson. (x) 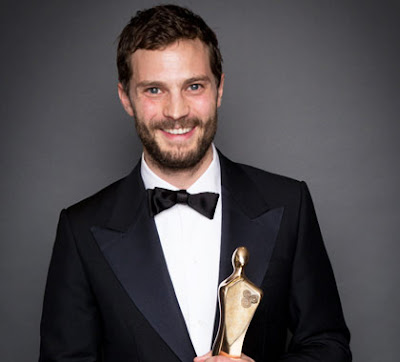