Eddie was in theatre last night to see his friend Tom Sturridge in American Buffalo. The award winning play directed by Sheffield Theatre’s artistic director, Daniel Evans opened at the Wyndham’s Theatre on 16 April 2015, and will run until 27 June 2015.(x) The cast also includes Damien Lewis and John Goodman. 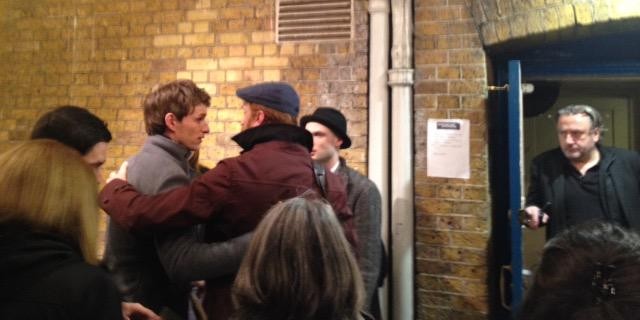 Damien Lewis and Eddie Redmayne have a hug, Tom Sturridge looks on. Oh my eyes, my heart.(x) via
After performance of American Buffalo, starring Tom Sturridge, in London. (x) - cropped pics

@HollyAshman_ · 12:19 AM: Tonight I had to suppress major heart palpitations as Eddie Redmayne stood in my presence. For an entire interval. I mean. 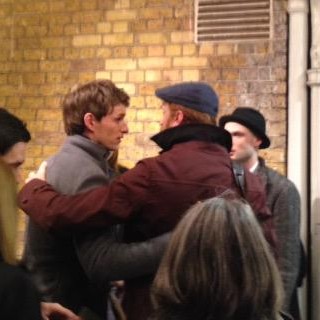 Links: About the show - The Guardian review - Variety review 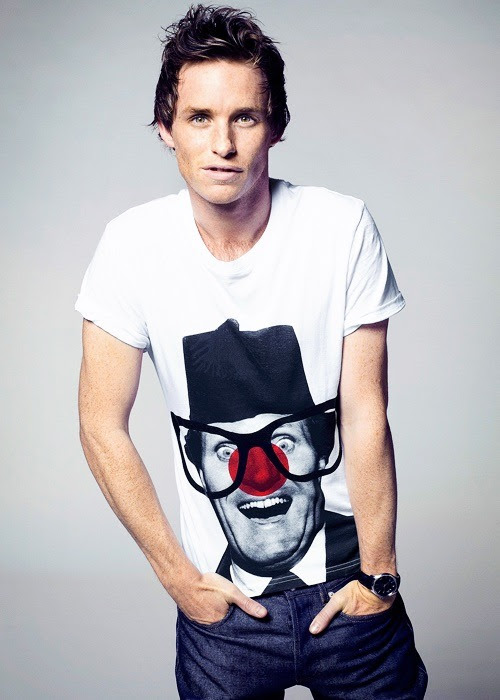 “Red Nose Day,” NBC’s live televised drive aimed at helping 12 charity organizations lift children and young people out of poverty.
The event airs from 8 p.m. to 11 p.m. ET May 21 on NBC. Viewers may also play along at home. Through May 30, Walgreens and Duane Reade stores will sell red noses for $1, with proceeds going to the Red Nose Day Fund.

Daily Record:
Oscar-winning actor Eddie Redmayne on playing Stephen Hawking in The Theory of Everything
Ahead of the release of the film on DVD Eddie Redmayne answers some questions on the film.
You find two questions from the article below....full article here
Any scenes you’ll enjoy or not enjoy re-watching on the DVD?
Certainly, I’ll enjoy the May Ball. I was lucky enough to go to Cambridge and I actually went to a May Ball at St John’s, where it was filmed. We had a great time and that was the night Stephen and Jane came. But a scene that I’ll find quite  hard to re-watch because it was a rigorous day and it was a rigorous  point in the relationship, was where Stephen and Jane part. It felt like quite  an intense day.
Tell us about deleted scenes  that might reappear on the DVD.
One of them is the first scene we shot where Stephen comes out of the hospital and his physicality has shifted. He is trying to walk into a run and falls over.
Then there are lovely scenes with Jane, when the illness throws up a limitation – where he can’t write and Jane arrives with a typewriter and starts to type, writing up the pieces for him. There are some lovely scenes within that context.
■ The Theory of Everything is out on Blu-ray and DVD on May 11