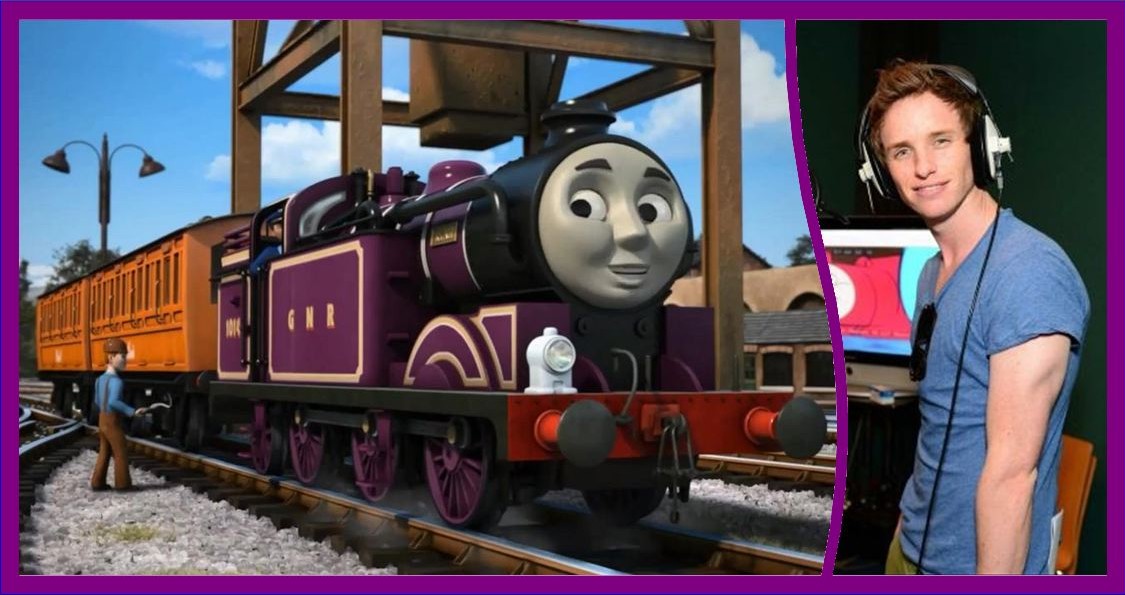 Ryan is an overconfident and dismissive purple tank engine. He takes over for Thomas
when Thomas is sent to work on another branch line. - wikia page

Eddie Redmayne is to star in a new Thomas the Tank Engine film.He will lend his voice to Sodor's Legend of the Lost Treasure, which is being released to celebrate the 70th anniversary of Thomas & Friends. Redmayne will voice new engine Ryan, while John Hurt and Jamie Campbell Bower will also record for the film.
"I grew up loving to watch Thomas and his pals getting caught up in unexpected and mischievous adventures," Redmayne said. "I jumped at the opportunity to get involved and what fun it was! I have never voiced an animated character before, and I had a complete blast."
Hurt, who plays Sailor John, added: "I remember watching Thomas the Tank Engine with my children when they
were young and I'm delighted that it continues to appeal to each successive generation.
"I enjoy working vocally and have voiced many animated characters. Sailor John was something of a departure
from what I usually do and a lot of fun to play."
Sodor's Legend of the Lost Treasure will be released on DVD in 2015. (x) (x)
www.thomasandfriends.com

An advertisement for the Sodor's Legend of the Lost Treasure UK DVD.
Eddie's voice is almost unrecognizable.

Eddie Redmayne interview in Entertainment Weekly:
Eddie Redmayne 'didn't get hyper-Method' voicing a train in new Thomas the Tank Engine movie
...“I got to meet my engine, which is amazing. When you go there, they sort of introduce you to a model of him.
Your inner 6-year-old is having a disco. It’s amazing. Absurdly excited.”...


The picture above is my edit from a trailer screencap and a photo via bespokeredmayne
Updated on 10th Sept 2015 9:42