The studio officially announced, that Maisie Williams joined the cast. She was photographed
today on the set with Eddie and director Nick Park. 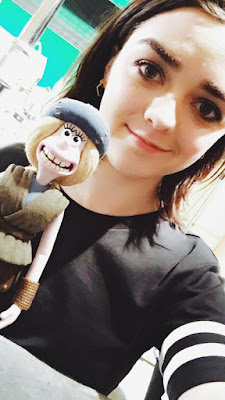 Very excited to be a part of @earlymanmovie along with Eddie Redmayne and, of course, the hugely talented Nick Park pic.twitter.com/jmgN53ra6V
— Maisie Williams (@Maisie_Williams) January 17, 2017

We're delighted to welcome @Maisie_Williams to the cast of @earlymanmovie Here she is on set earlier today! https://t.co/L8Zm1rYSIk pic.twitter.com/TDlcj4M7CZ
— Aardman Animations (@aardman) January 17, 2017 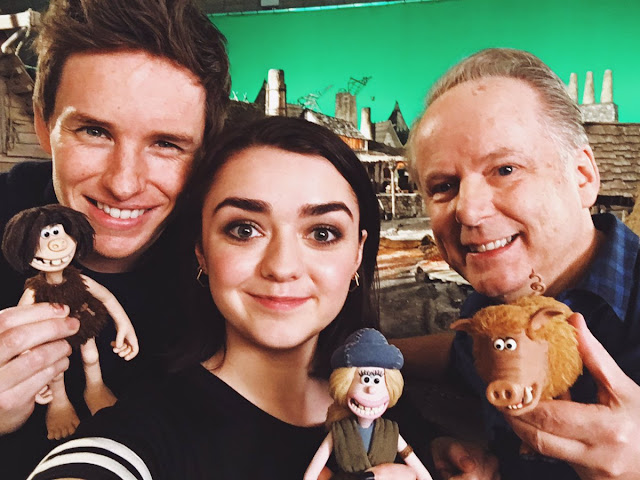 Maisie will voice a gallant young rebel who befriends our hero Dug (Eddie Redmayne) and helps steer him through the clash between Stone Age and Bronze Age civilisations. Look out for more exciting news coming soon! (x)
...it sounds like her character might not be a million miles away from her Westerosi role of Arya Stark. Williams will be voicing Goona, who is described as an "indomitable rebel". Remind you of anyone? She befriends the film’s prehistoric hero Dug, played by 'Fantastic Beasts' star Eddie Redmayne, and helps steer him through the clash of the Stone Age and Bronze Age civilisations at the heart of the story.
Also lending his voice to the increasingly star-studded Early Man is Tom Hiddleston, who plays Bronze Age tyrant Lord Nooth. Wallace and Gromit creator Park, of Aardman Animations, said of the latest casting:
“Maisie is a terrific actress, and she is of course no stranger to embodying a valiant heroine. I’m most excited to see her breathe life into Goona – I know she’ll be the perfect ally to Eddie’s Dug”. Williams herself said “I’m a huge Aardman fan – having the chance to work with Nick Park is a dream come true, especially as I get to voice such a fantastic character as Goona. I can’t wait for audiences to meet her.”
Early Man is due in UK cinemas on 26th January 2018. (x)

Earlier Eddie, who has reportedly rented a house nearby, spotted in Stafford.
This is not too far from Bristol, Maisie Williams' and Aardman's studios hometown. 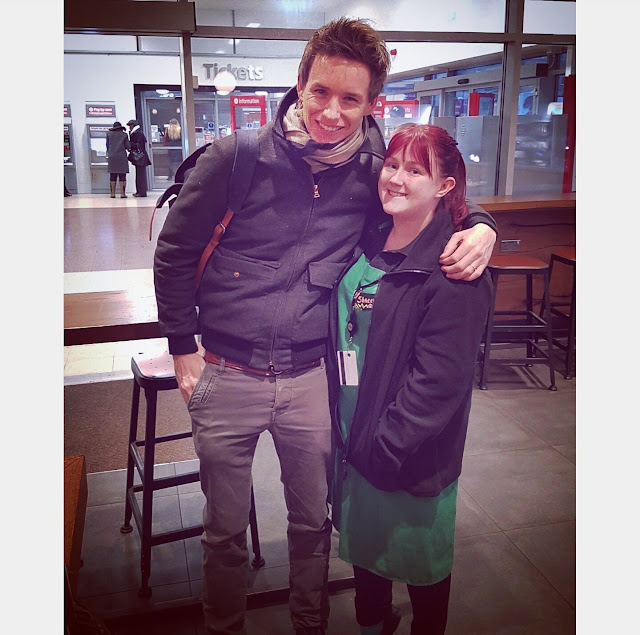 stacweyy_babezz: when eddie redmayne walks into your work and you fangirl hard!😘
...it was in Stafford, and I was over the moon hehee x...He ordered a vanilla latte.