Eddie at the Golden Globes Ceremony 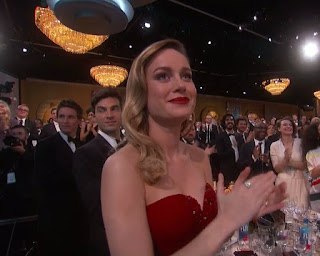 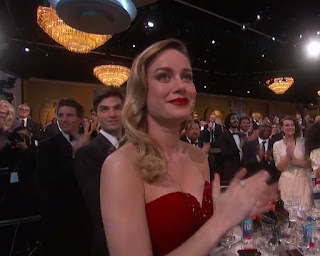 Eddie and Brie Larson at the 'Moonlight' table (x) 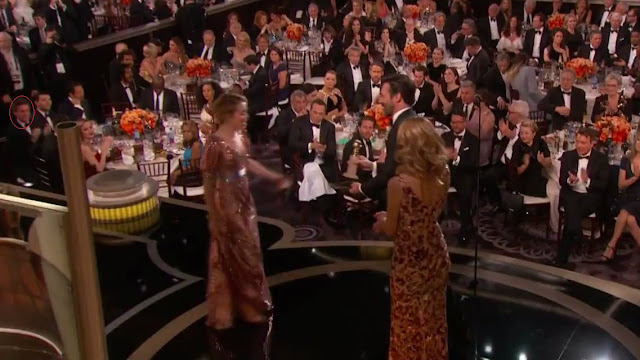 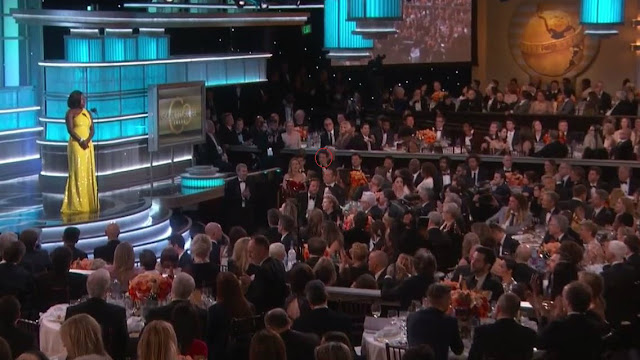 Viola Davis wins Golden Globe for Fences (x)
Eddie sat on the edge of the stage at the 'Moonlight' table.
Unfortunately the cameras didn't show him much 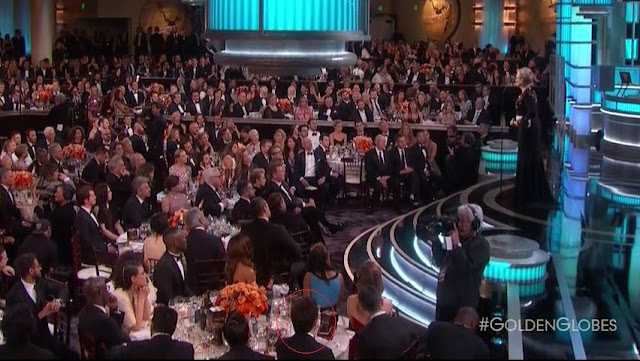 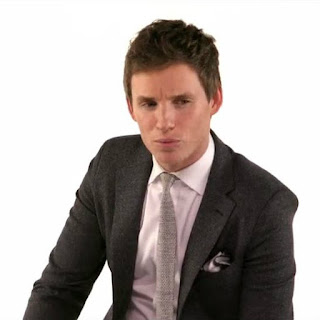 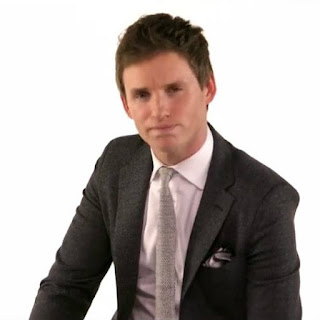 Stars were asked about their first job... 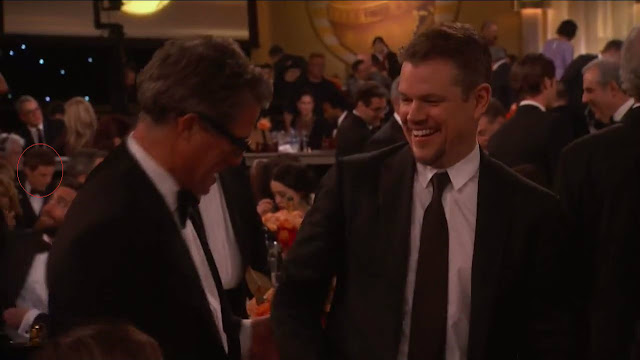 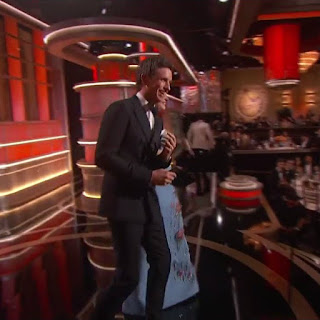 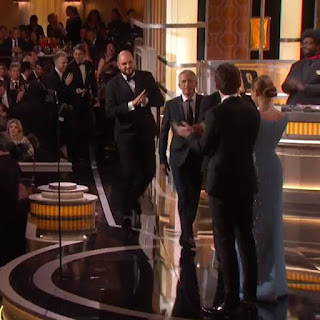 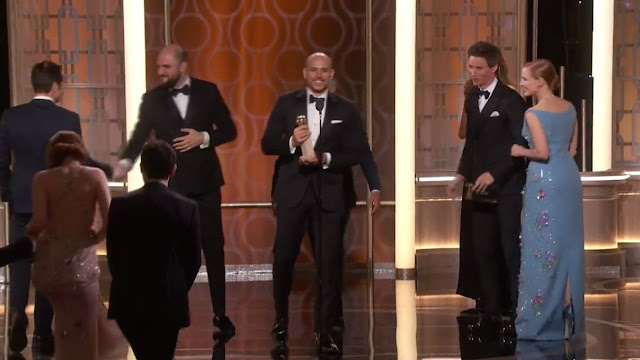 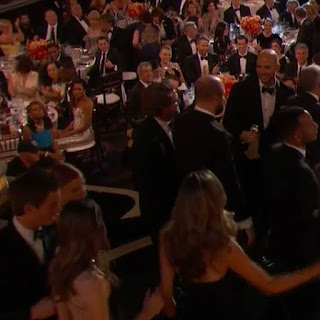 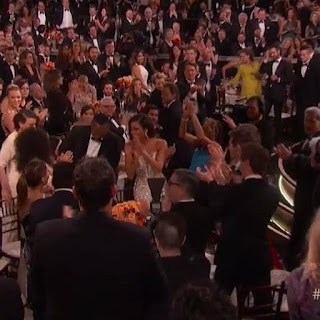 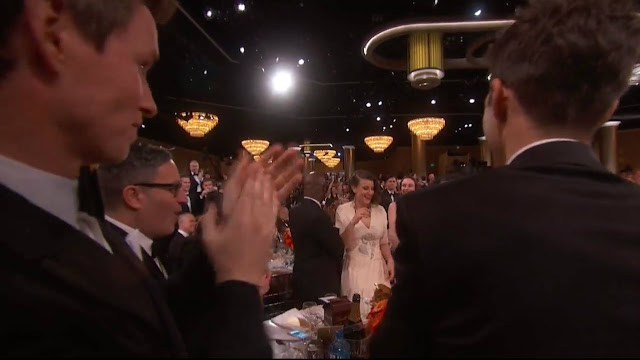