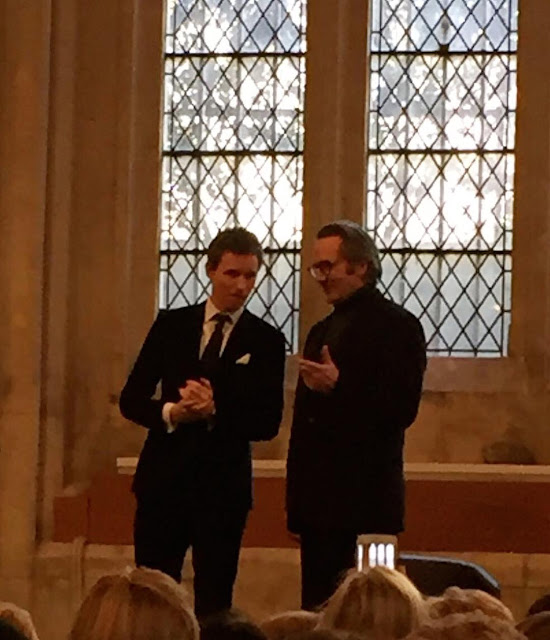 guildhallevents: Today we had the pleasure of hosting an Eddie Redmayne Q&A
session in our beautiful Livery Hall! #QuestionTime #EddieRedmayne #Eventprofs
(Guildhall, London on Friday 27 January 2017) 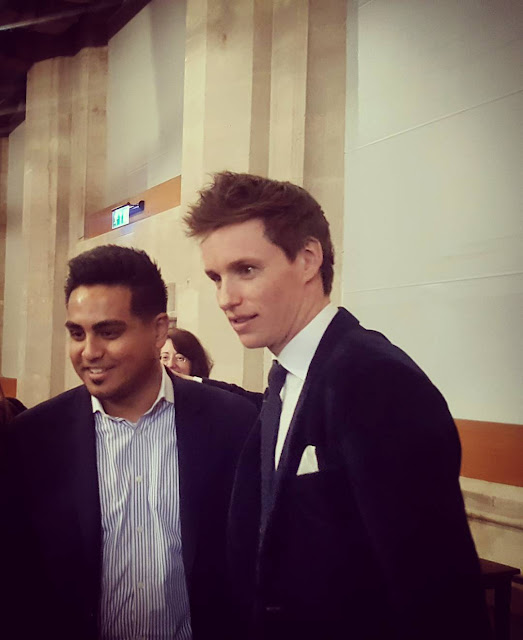 Repost from 0babybaby: You know your job is raaandom when you’re asked
to bodyguard 🎬Eddie Redmayne🎥 last minute 😂

Eddie Redmayne received his Freedom of the City today. (x)
The Freedom of the City is an honour bestowed by a municipality upon a valued member
of the community, or upon a visiting celebrity or dignitary. Arising from the medieval practice
of granting respected citizens freedom from serfdom, the tradition still lives on in countries
such as the United Kingdom, Ireland, Australia, Canada, South Africa and New Zealand ...
In modern society, the award of honorary freedom of the city or borough tends to be entirely
ceremonial, given by the local government in many towns and cities on those who have served
in some exceptional capacity, or upon any whom the city wishes to bestow an honour. (x) 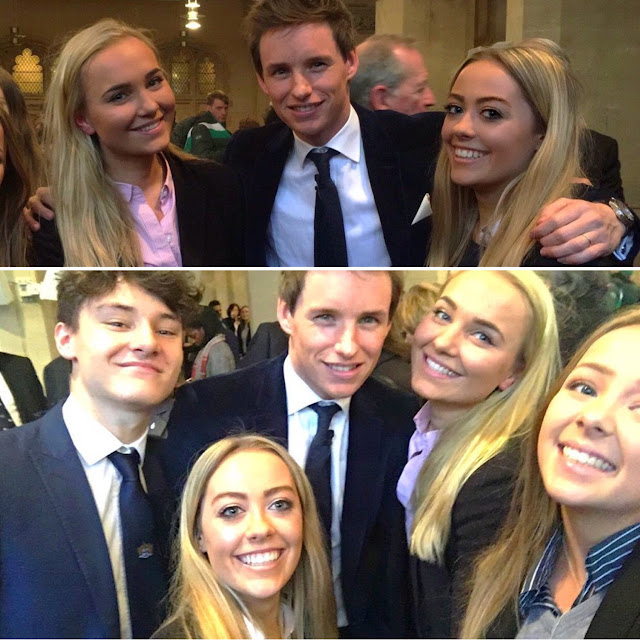 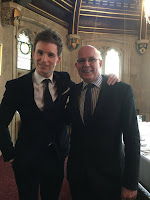 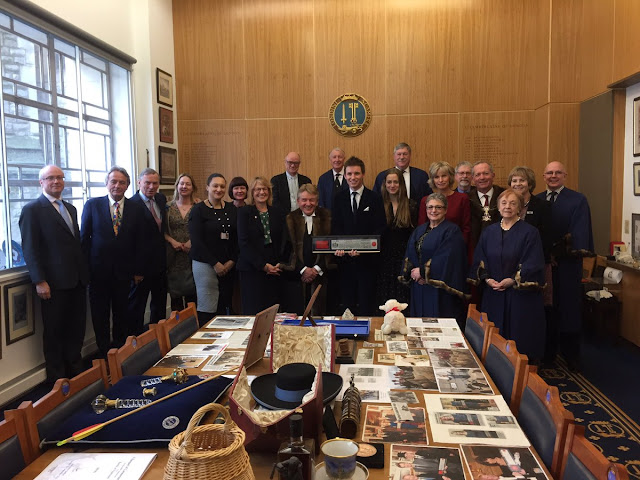 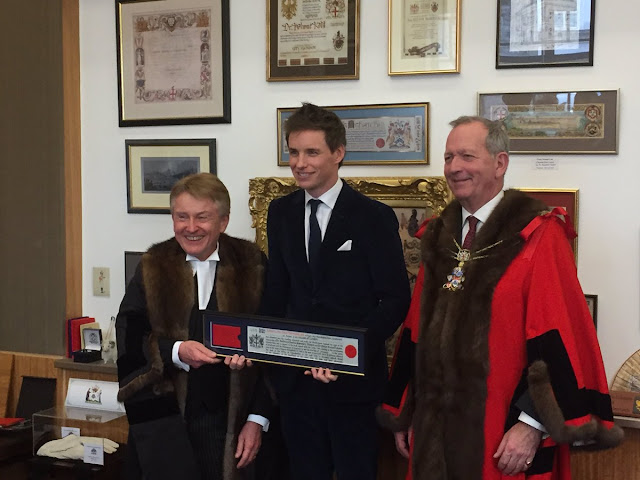 The honour was conferred at Guildhall, much to the pleasure of several staff,
and is awarded after the recipient is nominated by two members of
one of the City’s 110 liveries, or by being themselves a member. (x)