Fantastic Beasts will be released digitally on March 7, then on DVD and Blu-ray on March 28. 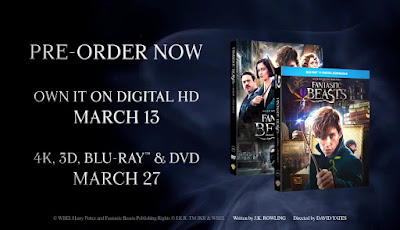