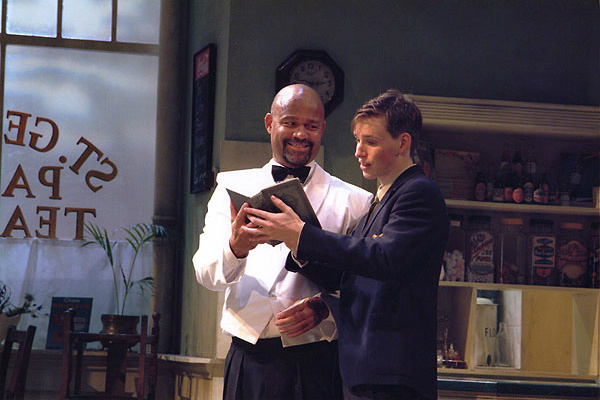 The Independent article: Eddie, Steady, Go (full article) 27 Jan 2012
"After university, I gave myself a year. I was working in a pub and doing excruciating auditions and wondering if my new agent who'd taken this huge punt on me would sack me, and I remember getting a part in an episode of Doctors and it was probably the most exciting thing that had ever happened in my life. Then I went to Liverpool to do a play called Master Harold... and the Boys and I was living in a hostel on my own for three months and it was the most wonderful experience. I started to think, secretly, 'well, maybe I can do this'. But I came back to London and nobody took any notice and I went back to work at the pub. I always felt a bit fraudulent, like I was waiting to be exposed." 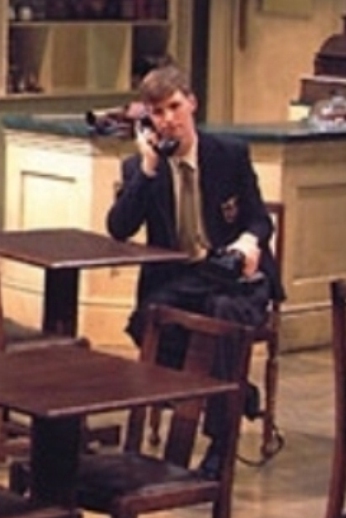 How Les Mis star Eddie Redmayne made a stunning first impression 10 years ago at Liverpool’s Everyman (full article)
21 Feb 2013 via ‏@bespokeredmayne
...The old Etonian was fresh out of Cambridge Uni when he was cast in Master Harold and the Boys at the Everyman in 2003.
Initially banned in South Africa, the play by Athol Fugard takes place during the apartheid era, and depicts how institutionalised racism, bigotry or hatred can contaminate those living under it.
Eddie, then a 21-year-old, landed the role of teenager Hal who forms a bond with the family's two black servants, one of whom was played by former Brookie star Louis Emerick.
He described the part at the time as being a “draining, emotional rollercoaster.”
Of course a decade is a long time in showbiz, but those involved in the production at the time have no problem remembering Burberry model Eddie. 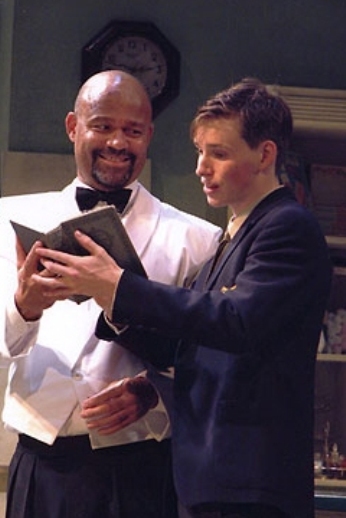 Staff at the theatre recall the My Week With Marilyn star to be a lovely young chap, very friendly and relaxed and with a mass of unruly wavy hair and freckles.
They also remember the actor to be quite exceptionally good at his craft even though he was still a beginner.
ECHO Arts Editor at the time, Joe Riley, tells Insider he showed a “staggering sense of maturity” on the Hope Street stage. “It was obvious that Eddie had a great future,” he adds. “Not only did he have confidence in spadefuls, he also had range which is the true mark of an actor.”

encyclopedia.com/article-master-harold-and-boys
In 1983, Fugard earned the Drama Desk Award and the Critic’s Circle Award for best play and, in 1984, the Evening Standard of London award for “Master Harold”. . . and the Boys. Widely considered Fugard’s best and most autobiographical play, “Master Harold” centers on the relationship of two black waiters, Sam and Willy, to Hally (“Master Harold”), a white teenager embittered by the neglect of his alcoholic, racist father. 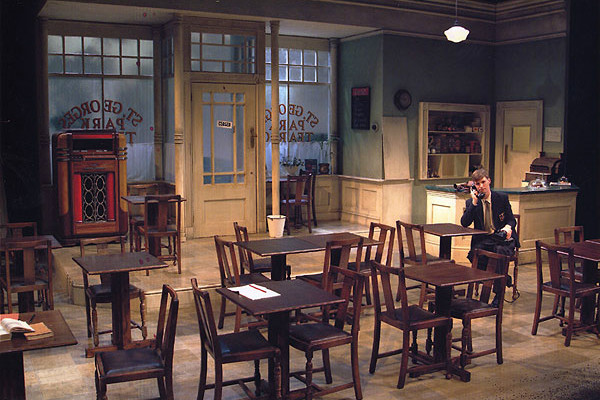 Daily Post (Liverpool, England) article 19 Sept 2003: Eddie's Career Has Already Turned Full Circle
BELIEVERS in the power of coincidence will like this one. While studying at Cambridge University,Eddie Redmayne helped set up a theatrical workshop.
One day,one of the group brought along a script to read, a play set in South Africa which he thought had a good role for Redmayne.
``At the time,my capacity to do a South African accent spontaneously was quite limited, so it didn't really work. But I remember thinking, what a fantastic play.''
After leaving university and seeking work as a professional actor,his agent sent him a script for an audition. It was the same play.

The audition was successful and next week Redmayne steps on stage at the Liverpool Everyman playing that role in his first job since leaving university.
The drama Harold and the Boys dates from 1982 and is the work of South Africa's leading playwright Athol Fugard. Redmayne gets the title role of Harold in a three-hander with ex-Brooksideactor Louis Emerick and Trevor Laird as the two black men who work in his parents' tea shop.

BBC - Liverpool Stage article 1 Okt 2003:
Master Harold...and the boys
Newcomer Eddie Redmayne, who graduated only this year, is excellent as anxious school-boy Hally, and Trevor Laird brings a touch of humour through the portrayal of Willy.The play runs for just under two hours with no interval, but at no point could you interrupt this powerful production, which received a standing ovation from the Liverpool audience. An excellent production of the moving story of a young man coming of age. 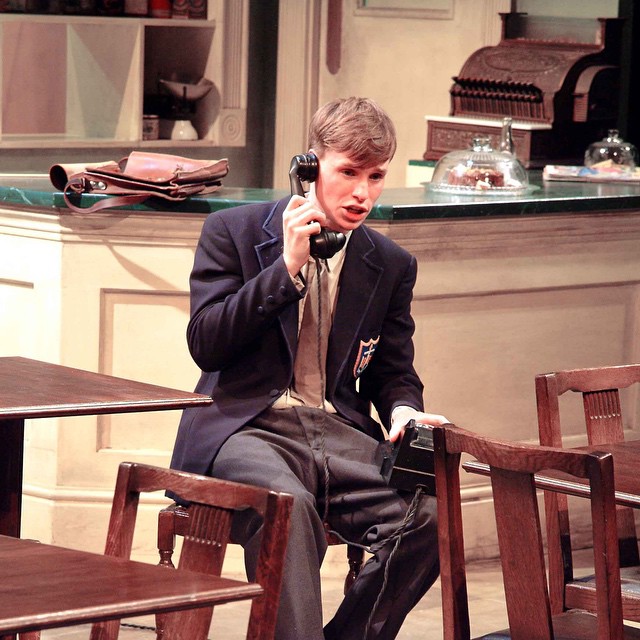 Daily Post (Liverpool, England) article 2 Jan 2004: Arts: And the Winners Are ...; Credit Where It's Due. Arts Editor Philip Key Highlights the Best People,places,and Performances of 2003
NEWCOMER OF THE YEAR: In his first major professional acting role, Eddie Redmayne impressed in Master Harold ...and the Boys. His performance as the young white liberal Hally was both moving and assured. 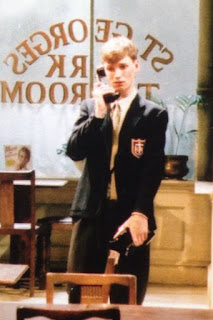 Here's Eddie Redmayne when I directed him at @LivEveryPlay when I used to do a show a year there. Thanks to Jocelyn Meal for posting today pic.twitter.com/PULllWOiVc
— Phil Willmott (@PhilWillmott) February 23, 2017