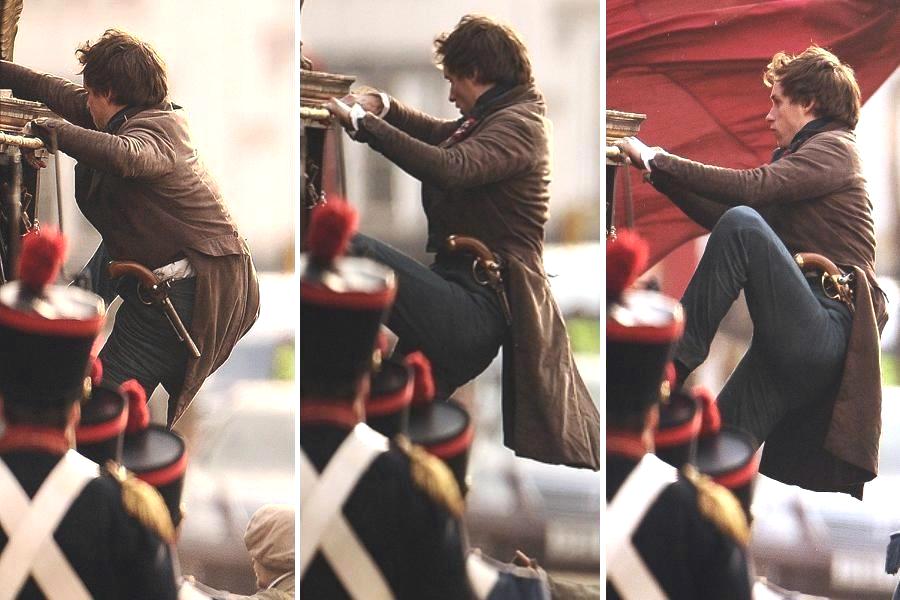 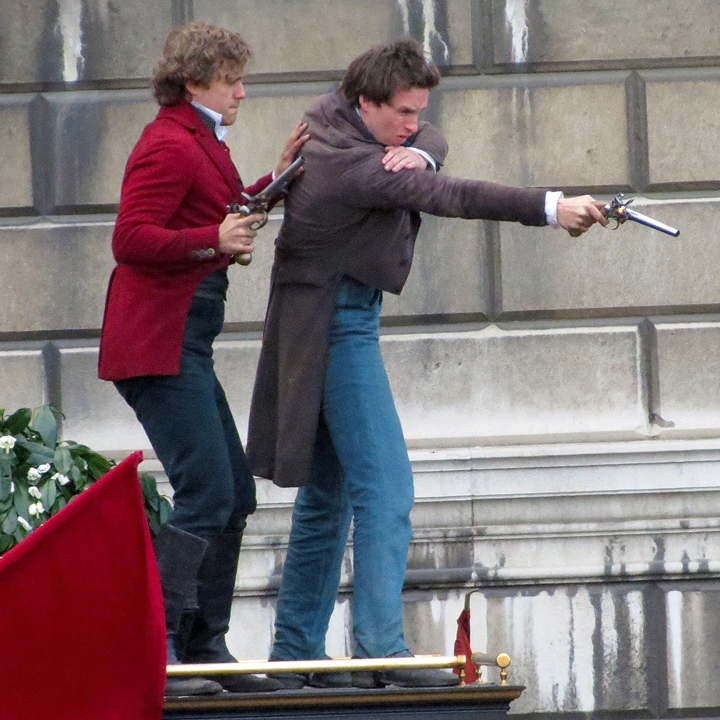 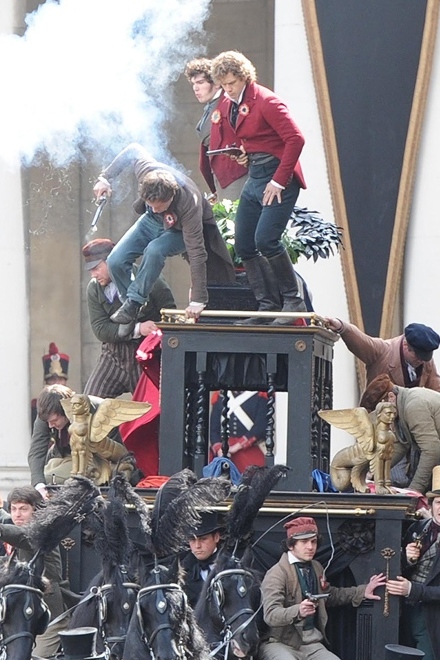 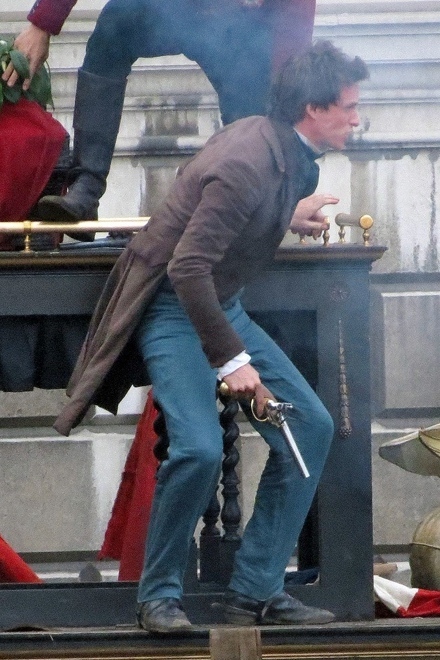 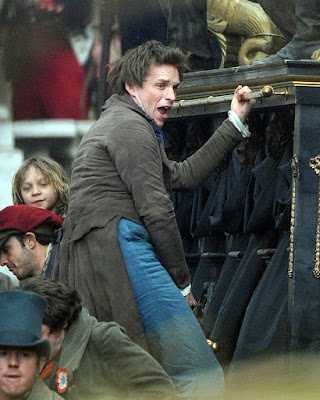 ...British actor Eddie Redmayne was also on set and he plays the role of young rebel fighter Marius Pontmercy.
The 30-year-old managed to look rather dashing despite doing a lot of grimacing on set as he shot at the enemy from
a safe distance.
The Birdsong actor was dressed in blue trousers with a matching waistcoat and also wore a long dark purple jacket.
In between filming Redmayne was seen adjusting the collar of his stiff period drama costume. 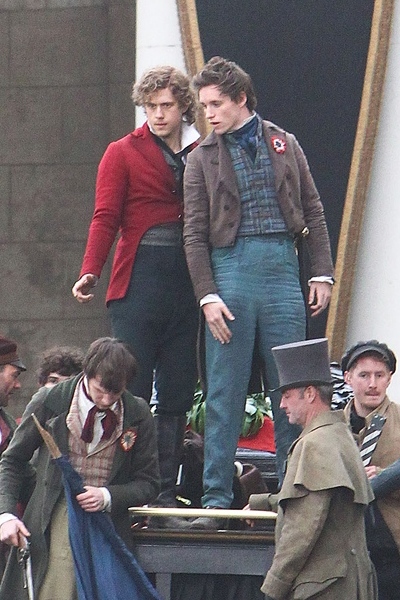 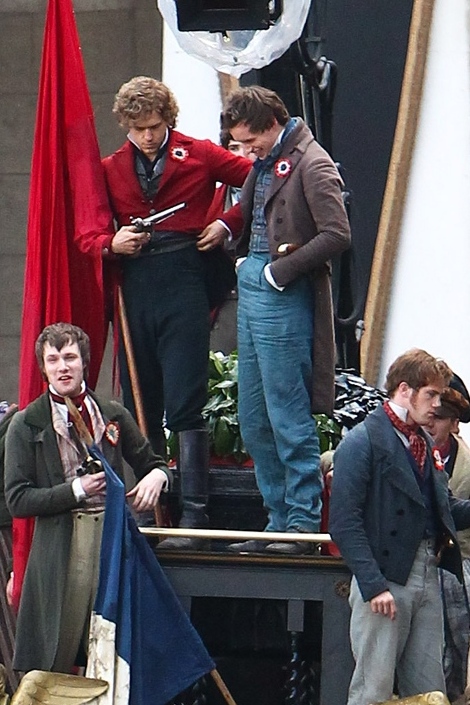 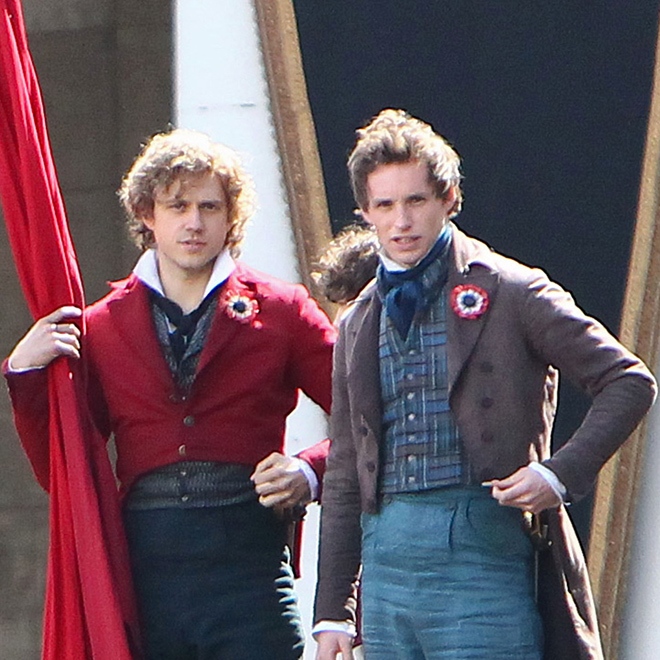 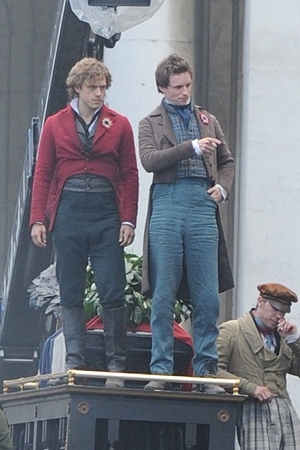 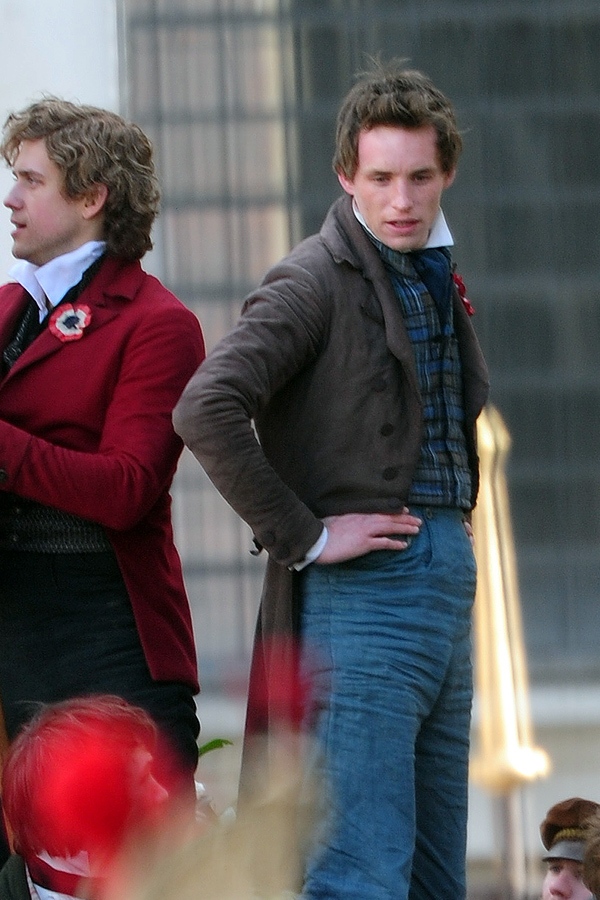 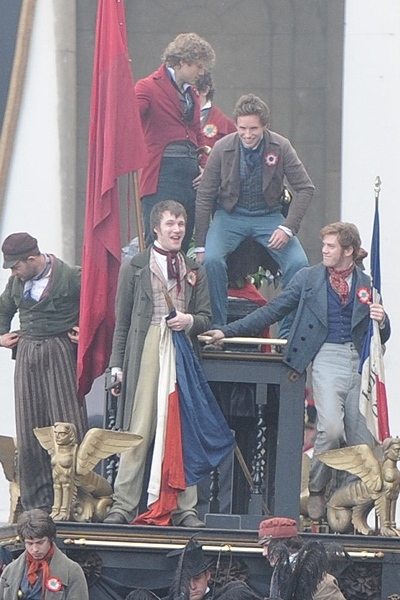 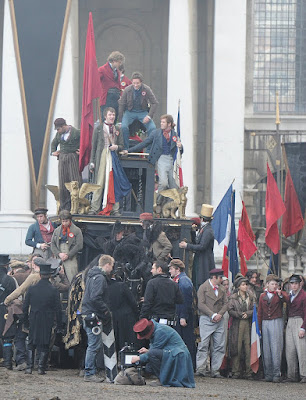 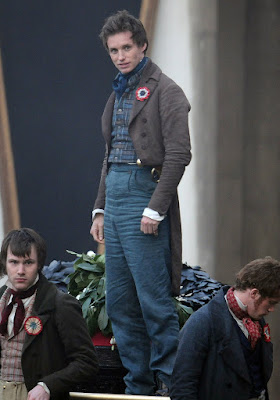 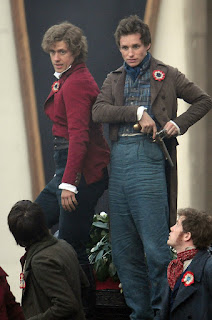 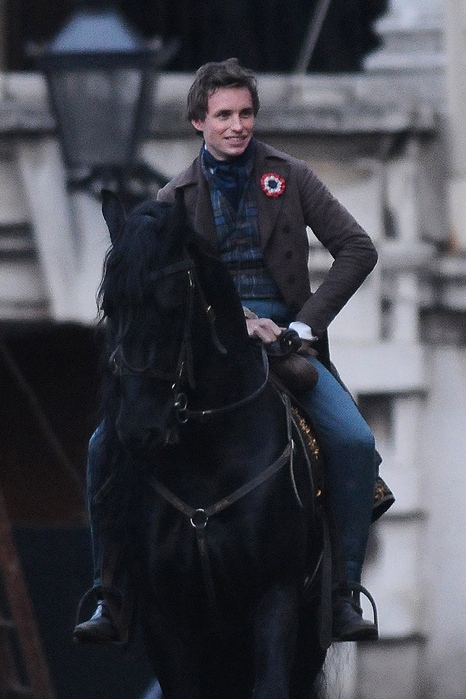 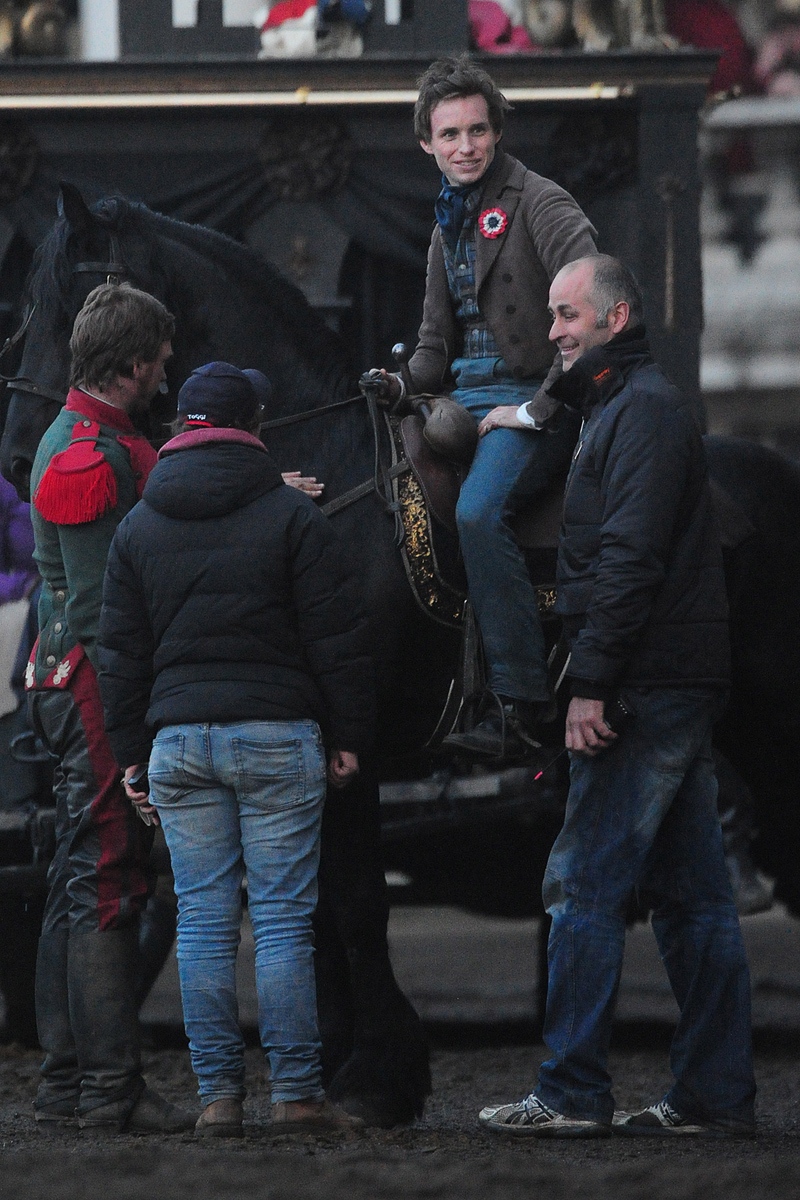 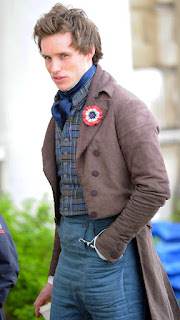 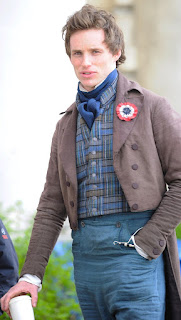 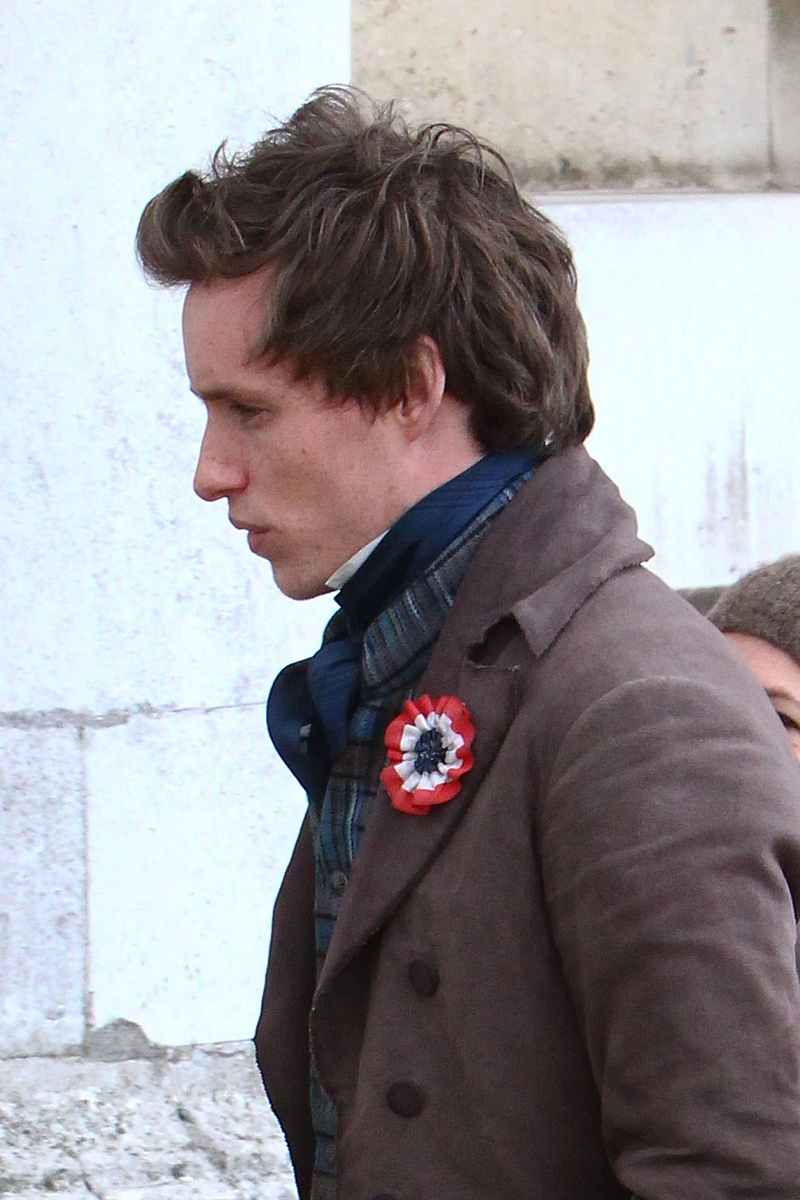 source: eddieredmayne.ru some pictures are edited