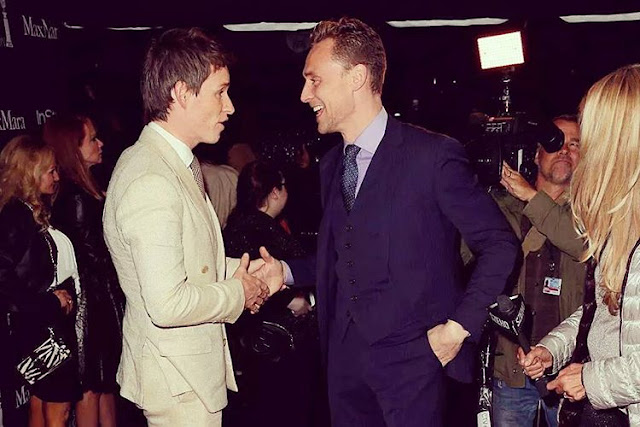 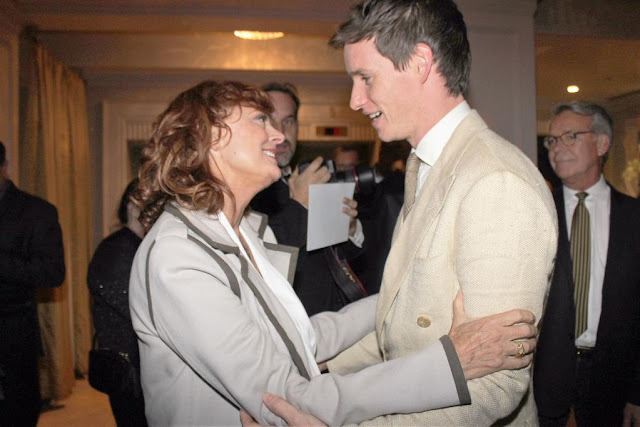 Inquirer: Toronto fest’s hottest party:
Winning acclaim for his portrayal of transgender pioneer Einar Wegener in “The Danish Girl,” Eddie and his wife, Hannah Bagshawe, were easily the most popular couple at the Windsor Arms Hotel. In a sea of the usual dark-hued clothes, last year’s Oscar and Golden Globe best actor winner stood out in a cream suit. For Eddie, one of the evening’s highlights was bumping into Susan Sarandon (in town for “About Ray” and “The Meddler”), his costar in the 2011 TV movie, “The Miraculous Year.” The two actors hugged and laughed as they animatedly updated each other. Eddie was also very happy to see an old friend, Tom Hiddleston who stars in the Hank Williams biopic entry,
“I Saw the Light.” allthings_naomiwatts (x): Pics from inside the InStyle party last night. Naomi with Eddie Redmayne
and his wife! 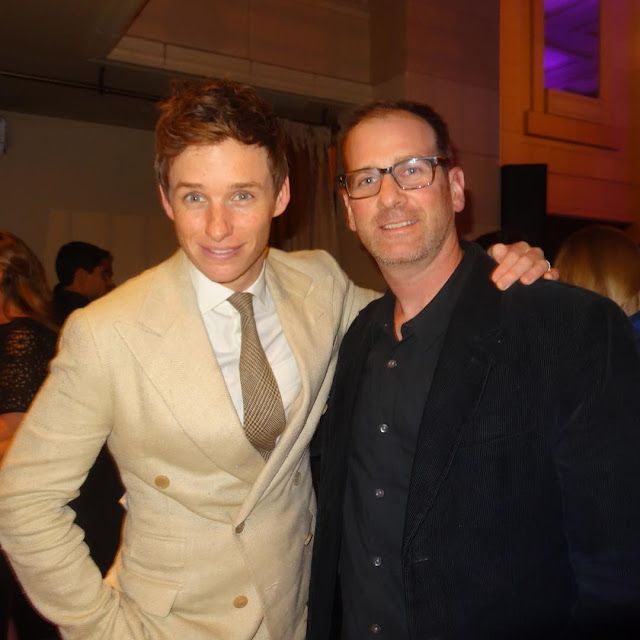 thesignaturelibrary (x): Last year#EddieRedmayne & I took a pic at the#instyleparty & he won
the #Oscar, this could be his year again for his #DanishGirlperformance.