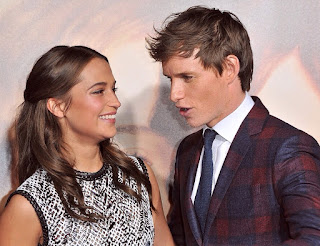 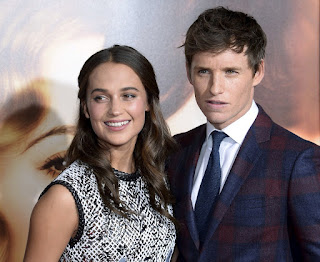 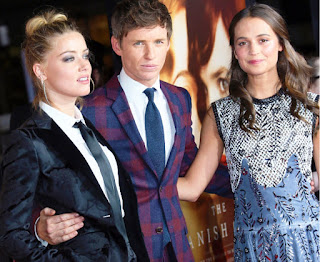 The Danish Girl US premiere in Westwood Village, Los Angeles 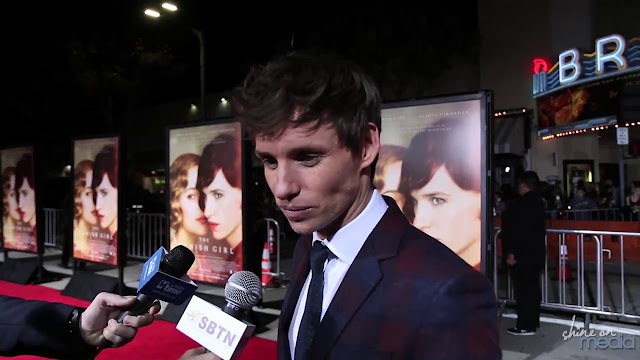 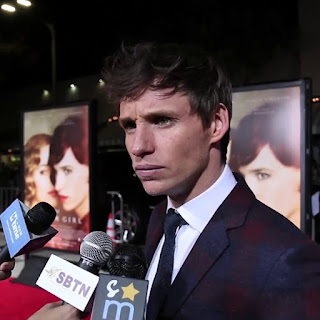 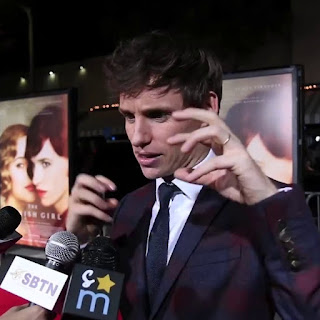 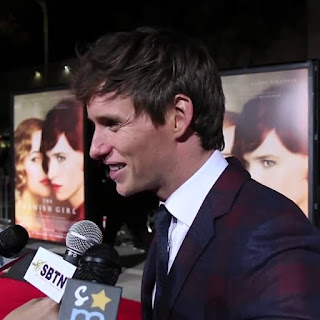 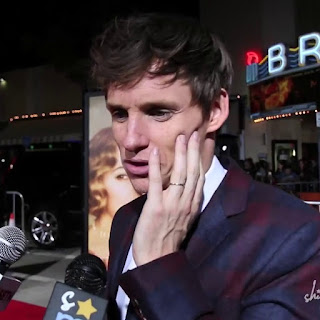 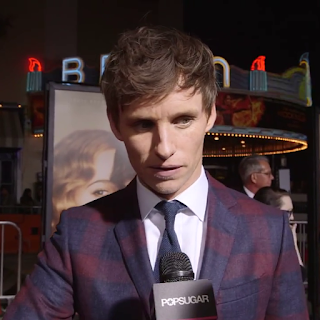 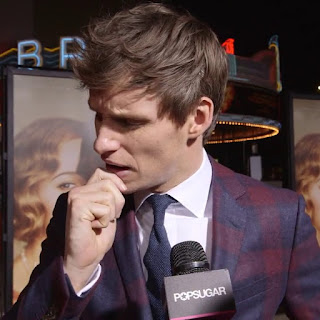 
“Whenever you commit to playing a part it takes up your life for a while, just because of the hours of filming and then promoting it, it’s quite a rigorous thing. So, I always like to do it as a team in some ways,” he said. “Hannah loved this story and found it deeply moving, so she was a wonderful help.” - from the POPSUGAR interview (via) 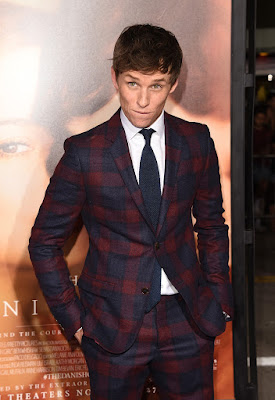 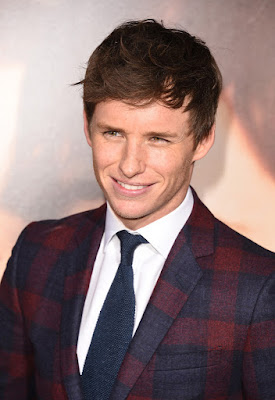 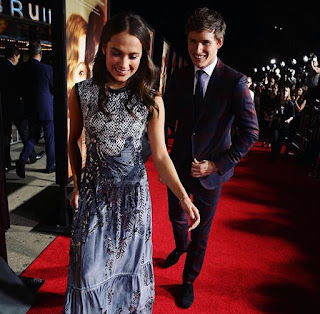 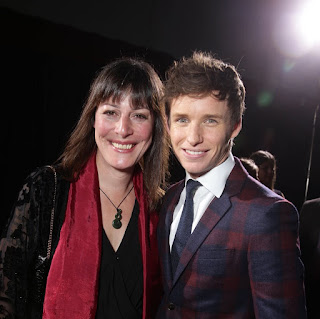 Eddie Redmayne on the red carpet with costars Alicia Vikander and Rebecca Root.

Rebecca helped Eddie's preparation as a voice coach and she plays a nurse in the film. 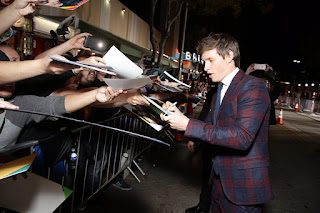 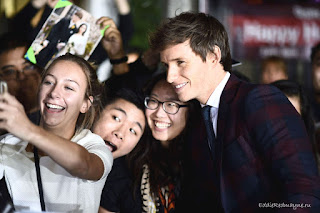 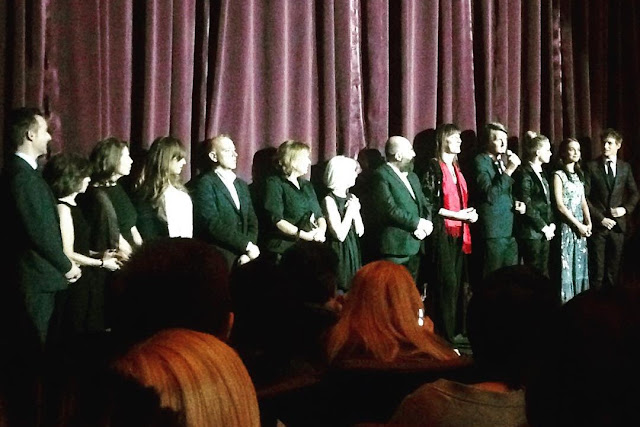 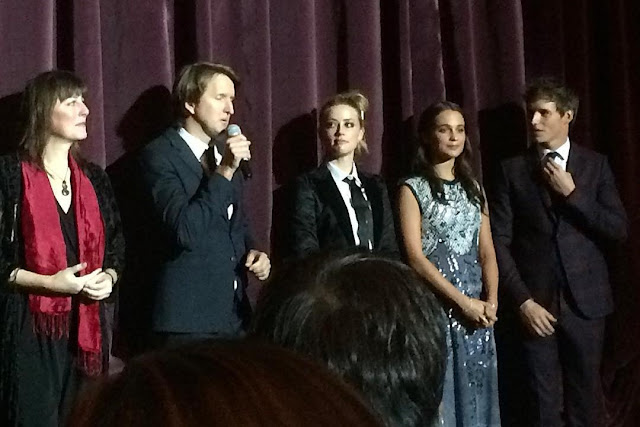 The cast and director at the premiere (x) 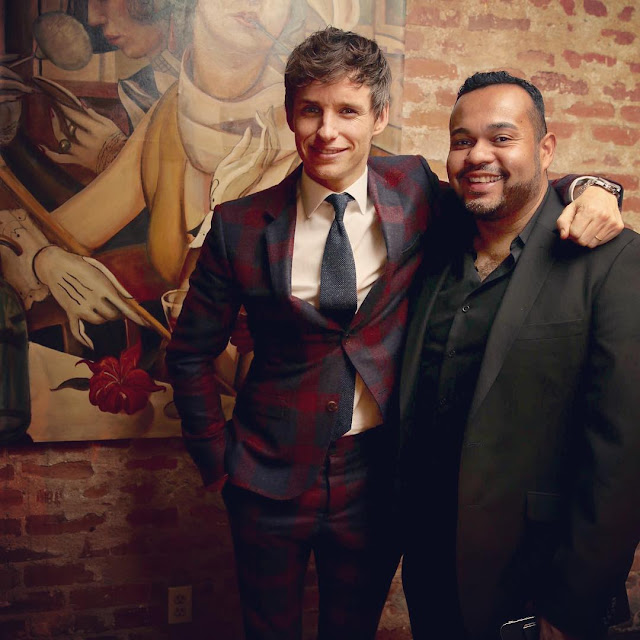 (x)
The walls of the afterparty's location were decorated with the paintings made for the movie.
British muralist Susannah Brough was commissioned to oversee the painting sessions of Redmayne posing
as Lili Elbe for 'The Danish Girl.' "I think it's a bit surreal to have paintings of me in Lili guise," the actor says.(x) 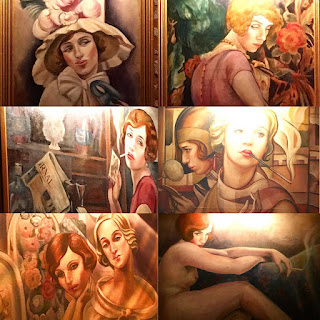 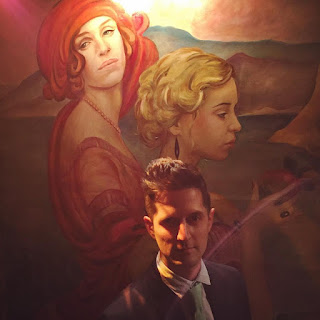 petercapozzi: How cool is this... They had the actual paintings of Lily from The Danish Girl at
the post-premiere party tonight. The film is truly stunning on so many levels. The performances
are beyond, and every frame is like its own painting. So beautifully shot and so moving. 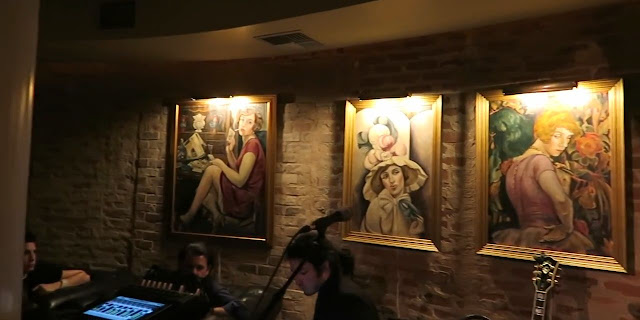 Variety article by Alyssa Sage (excerpts):
Eddie Redmayne, Alicia Vikander Celebrate a Historic Love Story at ‘The Danish Girl’ Premiere
Still coming to terms with the surrealistic emotions of his first Oscar victory, Eddie Redmayne felt that his
back-to-back castings in the tragic love stories of two influential, historical figures are enough to satisfy him
for the remainder of his acting career.
“I’ve had more than my fair share, I think. I’ve [reached] my quota,” the British actor admitted to Variety
at the Los Angeles premiere of “The Danish Girl” Saturday at the Regency Westwood Village Theatre...
The screening was followed by a reception at Westwood’s Skylight Gardens, where guests were treated
to a buffet, live band and assorted wines and cocktails. The venue was adorned with the portrait paintings of Lili
and Gerda that appeared in the film, which served as fitting decor pieces for the reception’s art aficionados
as well as the attendees who were posing for photos. - full article here (via)