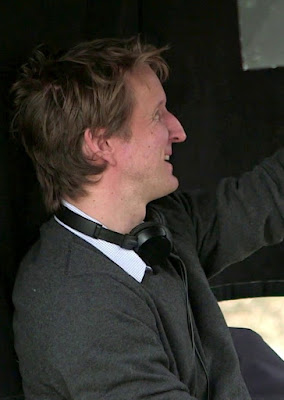 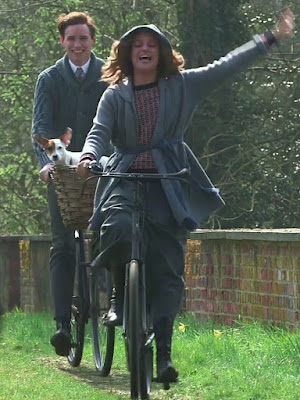 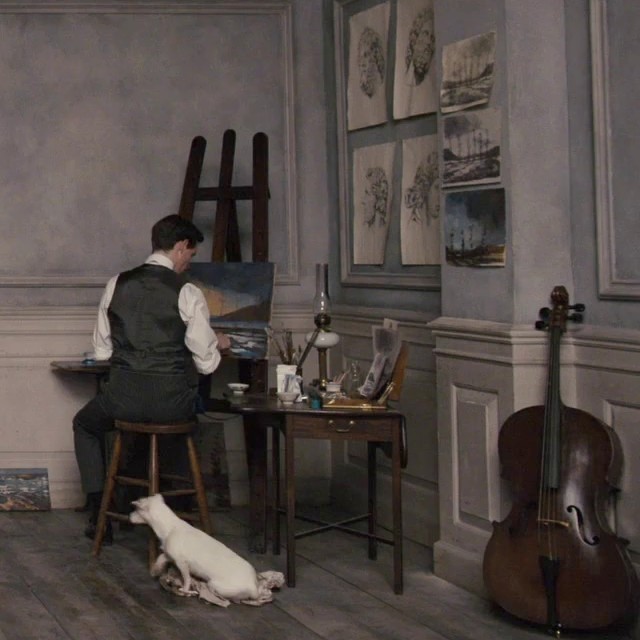 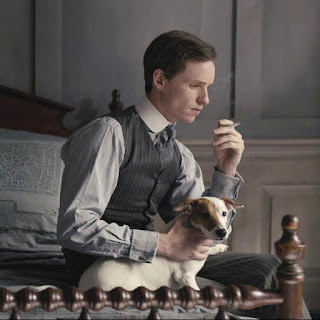 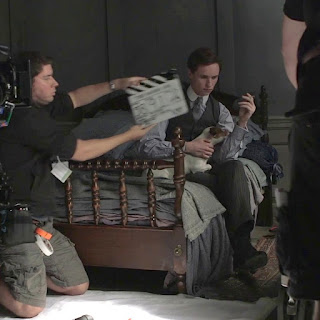 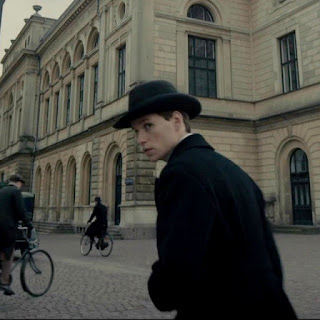 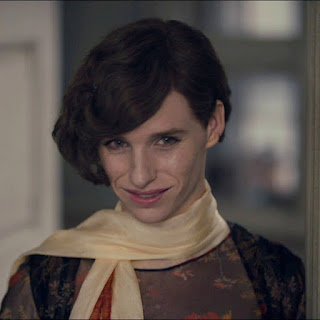 
Independent: The Danish Girl: Behind the scenes with Eddie Redmayne, Alicia Vikander and Tom Hooper
“The extraordinary thing with Tom is he has such a minute knowledge of every single piece of information... There
is a rigour to the way he works and yet he relies entirely on instinct. It’s all about how it feels and how it plays.”
- Eddie Redmayne
“We live in quite a cynical time and there is something rather beautiful about going back to this story in the Twenties and seeing this kind of love that’s so unbelievably giving...Love is the great enforcer of this incredibly moving story...
I felt the aesthetic of beauty was central to the way these artists saw the world. Einar was fascinated by the beauty
of landscape; Gerda was driven by female beauty. I wanted to honour that” - Tom Hooper 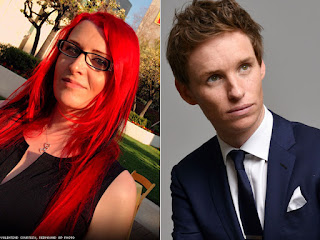 Advocate: Meet the Trans Woman Who Shaped Eddie Redmayne's Danish Girl
by Cadence Valentine
It was a picturesque October afternoon last year, with weather typically and obnoxiously L.A. A smattering of perfect white puffy clouds hung in the sky just to remind me that those still exist in the world, though usually outside the magic and mischief of Southern California. I entered the elevator leading to the exclusive, invite-only floors of Soho House, where I was to meet the gentleman who had sent me his first communication starting with, “Cadence, I hope you don’t mind me writing you out of the blue, but I am an actor…” ...Read more 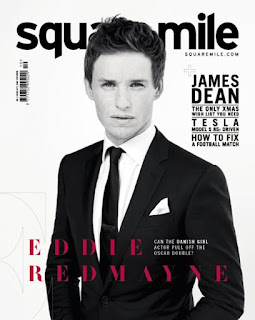 Square Mile: Eddie Redmayne on winning an Oscar, and starring in transgender tale The Danish Girl
...“There was one particular couple in Los Angeles,” he continues. “A woman called Cadence and her partner Trista. They had been together when she was living as a man and they’re still together. The way in which they allowed me to ask anything – and they did say, ‘Please ask us anything’ – along with their kindness and support galvanised me in it.” So what did he learn from these meetings? “There were two things that Cadence said: one was that she would give her everything and anything to live a life authentic. And the other was in relation to her partner while she was transitioning: the question was for her, how deep was her partner’s pool of empathy. And those two things sat with me the whole way through the film-making process.”
... Full interview here via 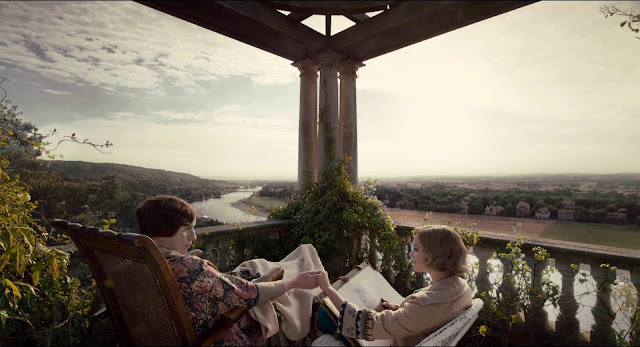 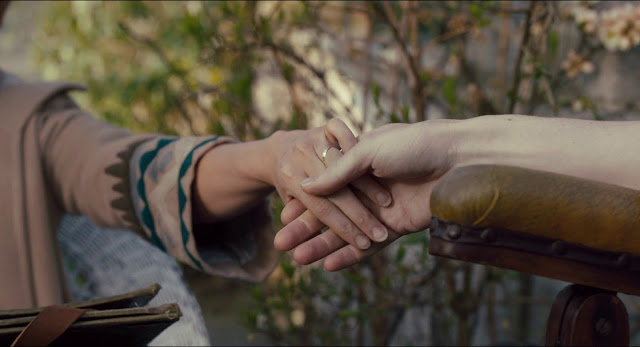 DUJOUR: ALICIA VIKANDER’S STUNNING RISE TO FAME
...“I was on the tube in London and read in the Guardian that Eddie was going to do The Danish Girl with Tom Hooper, and I was wowed,” Vikander says. “I knew they had tried to make this film for a long time and I thought they’d made a great casting choice, but it had no connection to me.”
What Vikander didn’t yet know is that Hooper had hit a wall trying to cast Gerda. “I was quite troubled about who I could find to play opposite of Eddie,” the director explains, “because Eddie is so phenomenal.” When he met the young Swedish actress—whom he’d been impressed by in the 2012 film A Royal Affair—he found what he had been looking for. “Alicia was a revelation,” he says. “She never slowed down. She was always ahead, and she’s incredibly intellectually bright. I like working with actors who are collaborative, and she was a great collaborator.” 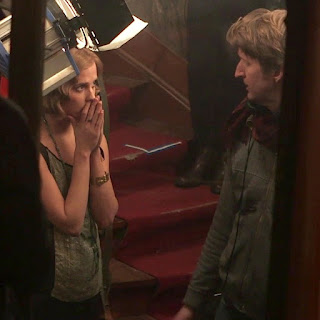 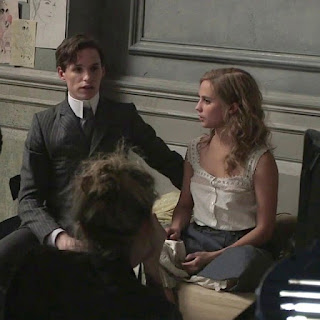 (x)
Audiences seem to feel the same affection. When The Danish Girl premiered at the Venice Film Festival in September, the movie received a 10-minute standing ovation and Variety noted that Vikander’s performance is “the stuff that best-actress campaigns are built upon.” They’re not wrong. Vikander is remarkable in the way she portrays the conflicted, emotional and sometimes-steely Gerda, offering her an extraordinary depth and amplifying exponentially the power of the film’s love story. As her friend Nicolas Ghesquière, the artistic director of Louis Vuitton, says, “Alicia is a heroine, a strong, multifaceted woman, a true rebel. She’s a real actress who’s not afraid to take emotionally charged roles and play them wholeheartedly.”

Outstanding performances aside, The Danish Girl also benefits from being released in a year that’s seen unprecedented visibility for transgender people, and that’s not lost on its cast. “If this film can be any part of that movement,” Vikander says, “that’s wonderful.” But there’s more to The Danish Girl than just a tale of gender identity. “It’s a very unique love story, but it’s still extremely relatable,” she says. “It’s about two people going into a new relationship, a new dynamic, and that’s something every person has been through. It’s a love story between two people, but above all it’s a story about being able to love yourself.”...Read more

New interviews on my playlist