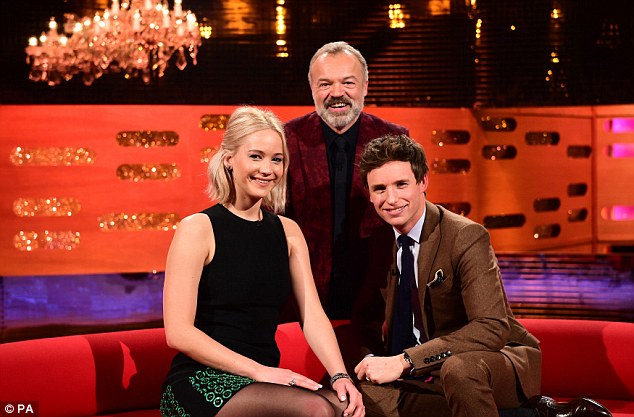 Pink News: Eddie Redmayne: I want to be an ally to the trans community
Eddie Redmayne has said he wants to be an ally to the transgender community. The star, who plays Lili Elbe, the first trans woman to undergo gender reassignment surgery, in The Danish Girl, appeared on the Graham Norton show.
He said: “It’s been 15 years in the making and has come out at time when there has been such a shift in these issues coming to the mainstream.
“The story is so beautiful and the people from the trans community I met in preparing for the part were incredibly generous. It has been a privilege and, while not in any way talking for the community, I’m trying to learn to be an ally.”
Of going out into the streets of Copenhagen as Elbe, he continued: “I was trying to get all sort of ‘method’ on it, but I’m not sure how successful I was, because at six foot tall with a red wig and wearing 1920s gear people just stared. But
I learnt a lot about the trans world.”...Read more (via) 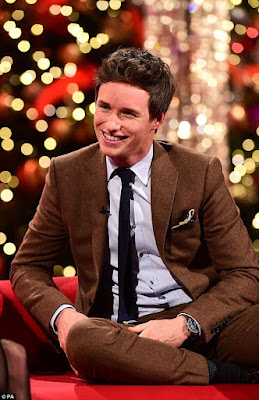 ...Jennifer Lawrence...trades 'puking' stories with Eddie Redmayne on Graham Norton Show
...The show was recorded a few weeks ago but will air on BBC One on New Year's Eve, with talk soon turning to the A-lister's actual plans for December 31.
Jennifer, appearing on Graham's show for the first time ever, revealed that she isn't a fan of the holiday, admitting: 'I really hate it. I've never had a good one… I always end up drunk and disappointed.' Adding jokingly, 'Drunk and Disappointed' should be the title of my memoir!'...
Jennifer...explained: 'I am a puker. When I get stressed and exhausted I just vomit... I threw up at Madonna's party – on the porch!'
Eddie, on the show to chat about his big 2016 Oscar contender The Danish Girl, was quick to interrupt, as he declared: 'This is something I have never admitted to the world, but I puked at Madonna's party too!'
The Graham Norton Show New Year's special airs on BBC One 31st December at 10.45pm...Read more (via)
Update 2nd Jan 2016: The puking stories weren't in the final version of the show, fortunately they deleted them. I think this is not a good topic for the show. The show was great, you can check my post about it here. 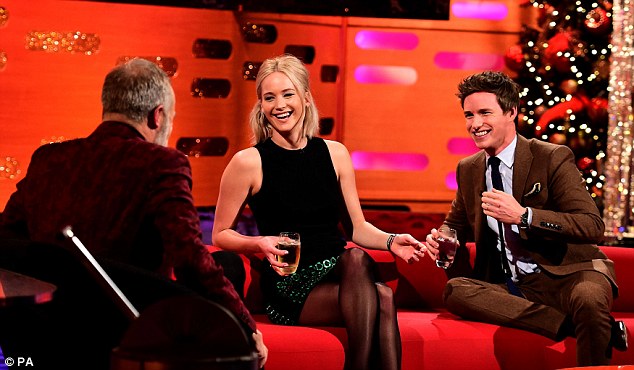 This is not the first time they chat about puking Eddie talked to Jennifer about his disastrous night at
BAFTA's 2013 when she interviewed him for Interview Magazine last November: - Read more


BBC Radio1: Scott Mills chats with Eddie Redmayne - Podcast
Funny interview in 3 parts - Listen from 2:39:18, then at 2:47:11 and again from 3:09:57
He talked about why he isn't on social media, how does he feel watching himself on screen (He’s never seen the
fully finished version of The Danish Girl), he said his taste of music is awful (pop) and didn't named his favorites
(Is it Eurovision? - It’s not quite that bad.)
You can download the episode here

Eddie Redmayne is one of the nominees in the Best Actor category on the AWFJ‘s recently released nomination list for the 2015 EDA Awards.