The first trailer for Fantastic Beasts and Where to Find Them is here! Yesterday a wizard entered New York with a case. A case full of magical creatures.
And unfortunately some have escaped. 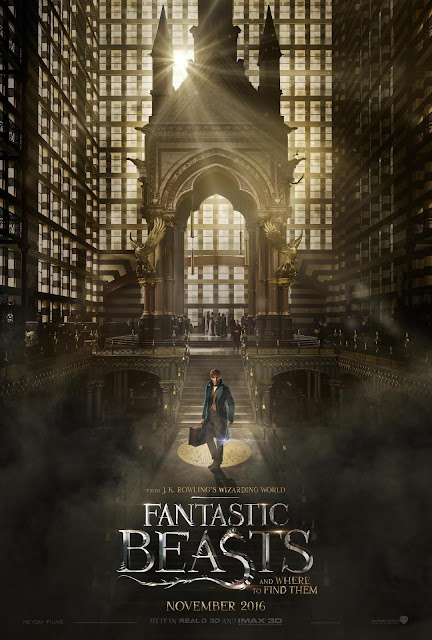 Before the trailer was released we got a poster too (x)


Pottermore: We built the cast around Eddie, says director David Yates (via)

It's cold. It's dark. It's raining. David Yates is wearing a navy beanie and a smile...
‘Newt is just fascinating. Probably anyone who’s ever done some sort of geeky thing will relate to him… And filmmaking is a geeky profession,’ he says. ‘Newt’s obsessed with beasts and cataloguing facts about beasts…
‘It was like putting a rock band together. We saw so many people. We got Eddie, he was our anchor and I knew once we’d got him, we had to build the world around him. The other characters in this world had to react to him, they had to have a chemical reaction with Eddie. So we went to New York and saw some really fine actors, a lot of them, over two or three days, one after the other in the same room, all of them with Eddie.
‘Eddie has done certain scenes from this movie so many times with so many different actors. When he was with Katherine, there was just something. It was amazing and I just thought, it’s got to be Katherine. It’s got to be. Then with Dan… Eddie and Dan are like Laurel and Hardy, so it had to be him. It’s funny, how they just clicked.’