The Women Film Critics Circle is an association of sixty-five women film critics and scholars from around the country and internationally, who are involved in print, radio, online and TV broadcast media. They came together in 2004 to form the first women critics organization in the United States, in the belief that women's perspectives and voices in film criticism need to be recognized fully. (x) 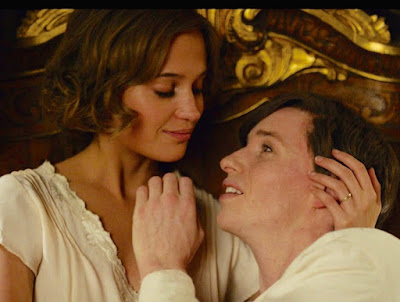 The Women Film Critics Circle announced its annual list of winners. Eddie and Alicia both were recognized.

The Invisible Woman Award
(performance by a woman whose exceptional
impact on the film dramatically, socially or
historically, has been ignored)
Alicia Vikander (The Danish Girl)

The Danish Girl, still in limited U.S. release, surpasses $1 million at box office.
The Danish Girl expanded to 81 theaters this weekend and earned a solid $538,000. The Eddie Redmayne/Alicia Vikander transgender drama scored a $6.6k per-screen-average and has now made $1.325m domestic. It expands to 400 screens next weekend. (x) via 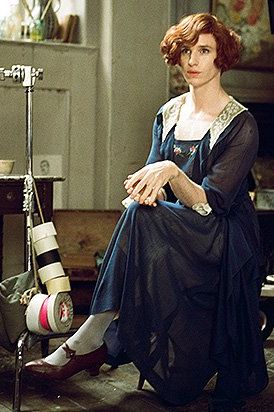 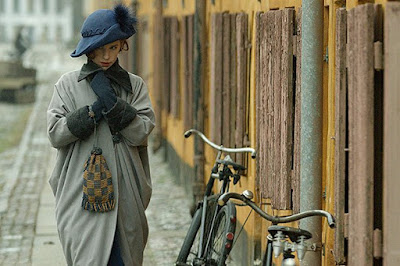 The Wrap: How ‘The Danish Girl’ Costume Designer Made Eddie Redmayne a ‘Believable’ Woman
“We had a very, very collaborative relationship,” Delgado told TheWrap. “Almost a year before we started doing the movie, me, Eddie, Tom Hooper and Jan Sewell, the makeup artist, we started doing tests to see what sort of direction we had to take.”
Those earlier tests revealed how much work the production team would have to do, to physically transform Redmayne into Lili.
“Eddie has got an Adams apple and we were all very worried about that, and what sort of things we had to do not to show his bone structure,” Delgado explained....
“We put Eddie in a corset and that helped quite a lot… It might be uncomfortable, but if it helps you to become the character, then it’s worth it,” Delgado said.
Once they pinpointed the right style and fit, Delgado and his team set out to find fabrics similar to what women wore in 1920s Europe.
“We tried to find a lot of fabrics that were real fabrics for the period, in antique shops and in markets and we also bought antique dresses that we used just for the fabric,” said Delgado, who is a native of Spain. “We recycled those dresses to use them as fabrics to re-cut new dresses for Eddie.”
As Delgado explained, simply putting Redmayne in vintage dresses was out of the question.... Full article 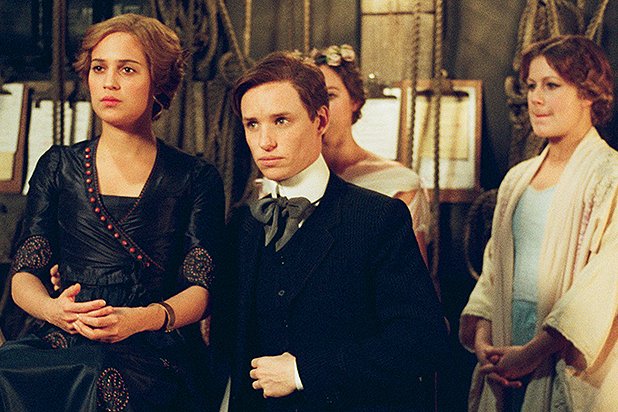 "The Danish Girl" did great business in its third weekend with $259K at two dozen locations; that translates into a per screen average of just over $10K. Focus Features plans a slow roll out in the weeks to come. (x) 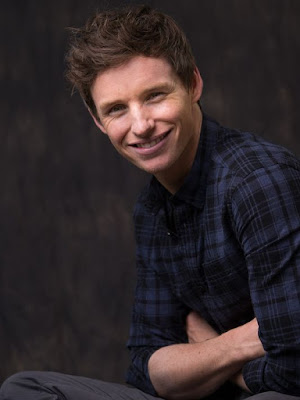 USA Today: Can Eddie Redmayne nab Oscar No. 2?
One might expect Eddie Redmayne to brag. Just a little.
After all, he won the best actor Oscar this year, and already has racked up Golden Globe, Screen Actors Guild and Critics’ Choice nominations for his role as a transgender woman in the 1920s love story The Danish Girl, in theaters nationwide Christmas Day. Pundits are wondering if he could be the first actor since Tom Hanks to win back-to-back Academy Awards. (Hanks won for 1993’s Philadelphia and 1994’s Forrest Gump.)
Redmayne also happens to be the new face of the Harry Potter franchise, having taken on the role of Newt Scamander in Fantastic Beasts and Where to Find Them(now filming in London).
Still, he’s just so normal.
“Oh, good. Good!” says Redmayne, 33, laughing. “I thought you were about to say, ‘You’ve changed.’ ”
The actor is on a 24-hour release from shooting Fantastic Beasts, having flown in on a private plane from the set for a 10-hour trip to The Danish Girl’s U.S. premiere. “There was a bed on the plane,” he says, a bit agog, noting that he and his wife Hannah “were sort of high five-ing each other.”

But after a walk down the red carpet, he’ll whisk back to London and hit the set an hour later. “He’s incredible like that,” says his Danish Girl director Tom Hooper, who last directed him in Les Miserables. “His head is not being turned by his success, and that’s rare.”

That work ethic was evident on The Danish Girl. In February, Redmayne stood on the Dolby Theatre stage, accepting his first Oscar for portraying Stephen Hawking in The Theory of Everything. He recalls “the euphoria, 5 o'clock in the morning, the morning after the Oscars, roof of the Sunset Towers with seven friends, sun coming up, Sunset Boulevard with a flipping Oscar that almost didn’t look real it was so shiny, going, ‘Ahhhh!’ ”
A day later he was strapped to a turn-of-the-century medical table, as Lili Elbe.

“He came straight from the airport back on set,” says Hooper. “We’re chatting about what it’s like to win an Oscar, five minutes goes past, I look at my watch, and then he’s like, ‘We should go back to work.’ ”
read more (via) 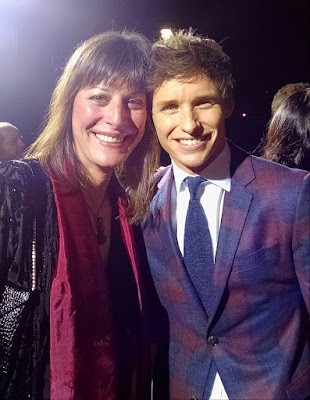 This Is Local London: A transgender role model
It has been a whirlwind year for Highgate actress Rebecca Root, and she is fast becoming one of the most famous faces of the transgender community.
She first hit headlines in BBC Two drama Boy Meets Girl, the first sitcom to star a trans actor, and now she has been walking the red carpet at the premieres of The Danish Girl, alongside co-star Eddie Redmayne.
The former pupil of Mountview Academy of Theatre Arts who teaches at E15 Acting School in Loughton, plays the part of a German nurse in the film which tells the story of Lili Elbe, one of the first people to undergo sex reassignment surgery.
Rebecca landed the role back in January after being invited to audition for director Tom Hopper, who went to Highgate School and says it was a ‘dream come true’.
“They were specifically looking for trans actors for some supporting roles and Tom was very open to having a candid conversation so we hit it off immediately.
“They were just very sincere in their desire to hear as many trans voices as possible so hats off to them for giving me that opportunity.”
After landing the part she dashed off to the north for six weeks to film Boy Meets Girl before heading to Elstree Studios in March to get fitted for her costume and wig for The Danish Girl.
“That’s when I met Eddie and we struck up a friendly relationship. He is charming.
“On set I just spent the day chatting with Eddie, Alicia Vikander and Sebastian Koch who were in my scene. “That was an incredible experience – one you can’t buy and I was just over the moon, beside myself.
“As an actor you do have to develop working relationships on the hoof but occasionally you do meet people you hope will become lasting friends and I certainly hope I could say that of Eddie, he’s a really sweet guy.”
Read more (via) 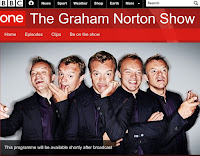 Graham Norton’s New Year’s Eve show
Thu 31 Dec 2015, 22:45 BBC ONE EXCEPT SCOTLAND,SCOTLAND HD
The guests on Graham's New Year's Eve sofa are Hunger Games star Jennifer Lawrence and Oscar winner Eddie Redmayne, playing a transgender pioneer in The Danish Girl, as well as Ron Burgundy himself, comic genius Will Ferrell, and actor-producer Mark Wahlberg, together in new comedy Daddy's Home. Plus music from Years and Years, who perform one of 2015's biggest hits, Shine.
(via)

Parade: Did Eddie Redmayne Have Any Doubts About Taking on The Danish Girl?
"When I read the script, I found it the most passionate love story, a story of identity and authenticity. As I started to research Lili’s life, I thought she was the most extraordinary person. So there wasn’t really any question in my mind. It felt like a great privilege to get to play the part." - full interview 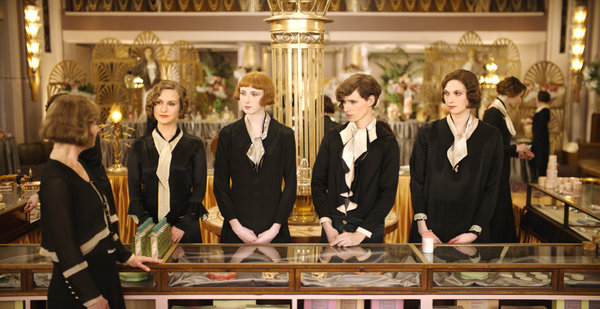 New York Times: The re-emergence of the Shopgirl in film – including Lili Elbe.
“Then there’s Lili Elbe (Eddie Redmayne), the transgender heroine of The Danish Girl, in a rustling silk suit, ruffles cascading from its collar, trading shoptalk with peers and beauty secrets with clients.
“In the 1920s setting of The Danish Girl, sales assistants commonly wore uniforms, typically a black silk frock trimmed at the throat with a wisp of white lace. The objective, said Paco Delgado, who created that movie’s costumes, was ‘to look like a maid or a well-dressed servant,’ but with upscale aspirations....
"The department store scenes in The Danish Girl are key, said the director Tom Hooper, ‘because they show Lili being accepted as a woman by other women.’ "True, she is positively aflutter in her new black silk dress and tidy bob. But what we see most of all, Mr. Hooper said, 'is the joy that her authentic self brings.’” Read more (via)

The Danish Girl - Interviews - my playlist