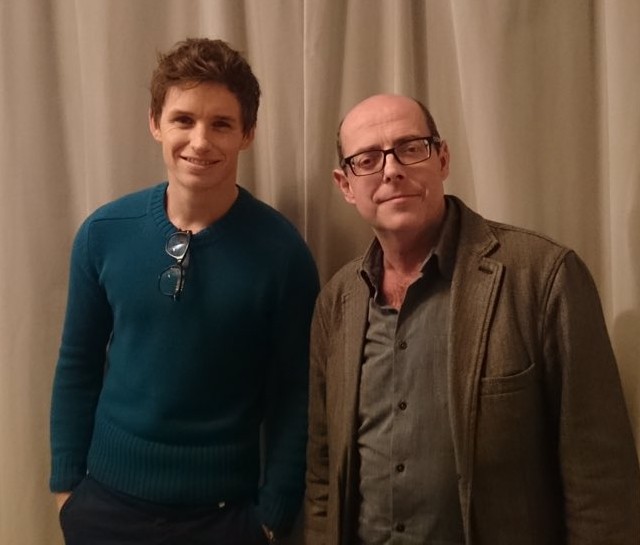 (x)
BBC Radio 4 - Today interview: Eddie Redmayne: 'I was ignorant of trans issues'
Oscar-winning actor Eddie Redmayne has told the Today programme he was "ignorant of trans issues"
before making upcoming film The Danish Girl, in which he plays a trans women....
Mr Redmayne spoke to presenter Nick Robinson about the process of making the film and coming
to understand the challenges facing trans people. - audio here 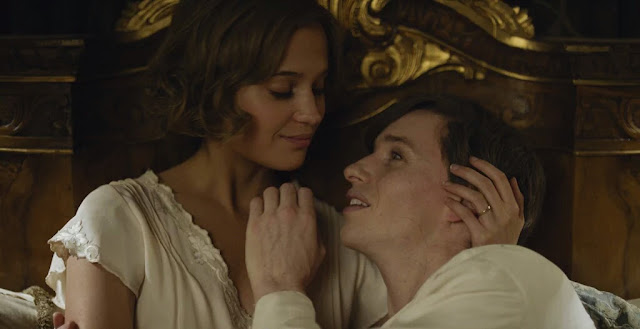 Beautiful new picture from the movie - source: The Danish Girl on Twitter (via)

POPSUGAR:
The Danish Girl's Alicia Vikander Reveals What It's Really Like Working With Eddie Redmayne
PS: As much as it is a heavy movie, there is such a fun rapport between you and Eddie. What was it like shooting on set?
AV: Eddie is down-to-earth, funny, and always honest. Even though we work long hours and it is a very tough subject and it's a lot of very emotional big scenes, he always brings such energy to set and such humor. I had met him a few times: we have a few common friends actually. Before we met for the reading, we presented an award at the BAFTAs a few months earlier. I remember the common friends that we had were, like, "Oh you're going to present with Eddie. He's going to be the sweetest thing; he's the coolest guy." I remember that we had quite a fast connection there because we were both so nervous. Being actors, we can't learn [what to do] when it comes to us walking up to the stage. So we had a bit of an icebreaker there, I think. It was really enjoyable. He just always pushed me to do my very, very best. I always felt like I had to step up and give him that. But he's extremely generous, and we had a lot of fun. “There is a scene in the film, in which my character Lili is still living as Einar, and she goes out in Paris to a peep show,” Redmayne says of his role as a transgender woman in 1920s Europe. “There are men watching this woman dance, and Lili watches through a pane of glass, and then starts emulating her. This woman looks through the glass and sees the real Lili, not just her in the male guise. It was an extraordinary scene to shoot because I hadn’t met the woman playing the dancer before, and we didn’t really get to know each other, but we had this spontaneous and improvised moment together. It was unlike any other acting experience I ever had, and it was completely unique. It was just a moment and then it was gone, but I think it was one of the more important moments in the film.”

TOM HOOPER’S DEFINING MOMENT
“A defining moment for me on The Danish Girl was Alicia Vikander’s London screen test with Eddie. It was the first time I saw Alicia bring Gerda to life. But it was also the first time
I saw Eddie as Lili Elbe,” says Hooper, the film’s director.
“I was moved to tears by their extraordinary realization of the scene, beautifully written by Lucinda Coxon.
Eddie joked that ‘there was no suspense about who I was going to cast as Gerda.’ He was right.” 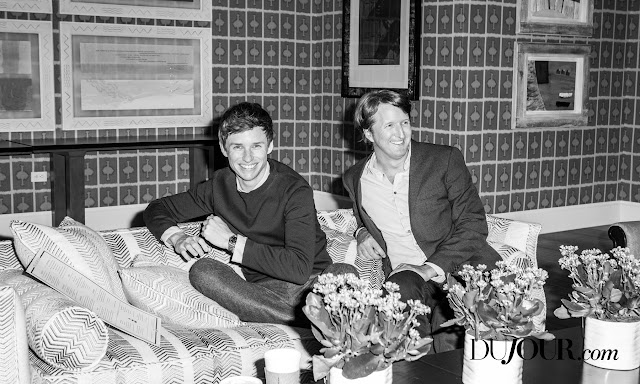 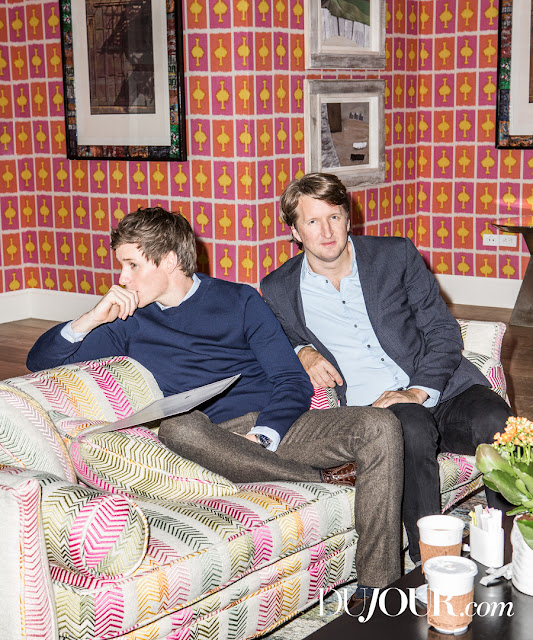 (x)
Redmayne wears a sweater, shirt, pants and shoes by Gucci and a watch by Omega.
Hooper wears his own clothing. (Photo Jeremy Liebman)

Deadline: ’The Danish Girl’ Bows With Style; ‘Janis: Little Girl Blue’ Solid In Debut; ‘Carol’ Dominates Thanksgiving: Specialty B.O. (Box Office report)
The Danish Girl debuted in four New York and L.A. locations with a strong performance by the awards contender. Starring Eddie Redmayne and Alicia Vikankder, the movie grossed $185K Friday to Sunday, averaging $46,250, the sixth-best opening weekend PTA of the year behind Steve Jobs, Sicario, Carol, Spotlight and Jurassic World. Focus said exit surveys showed the title “hit its primary audience” of older females, who “loved the film.” Specifically, the opening weekend’s audience was 58% female and 67% of the overall crowd seeing The Danish Girl was over 40.
The title’s opening compares to director Tom Hooper’s The King’s Speech, which TWC opened in November, 2010 also in 4 theaters. The Oscar-winning title grossed over $355K in its first frame, averaging a stunning $88,863. It went on to cume $135.4 million. The film will remain in 4 theaters
next weekend, followed by expansions heading into December and beyond.

Eddie Redmayne is on the December cover of IN in Canada. (via)