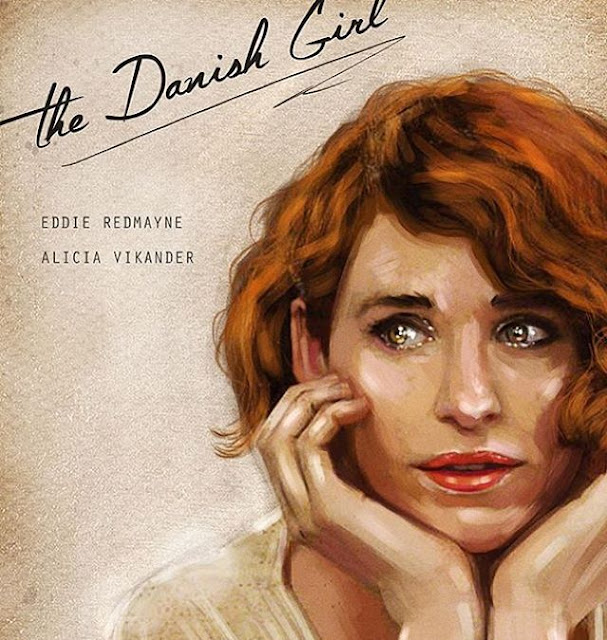 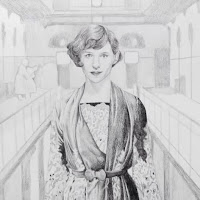 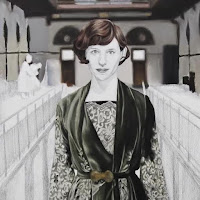 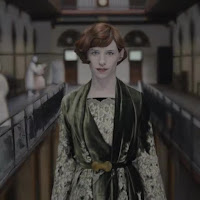 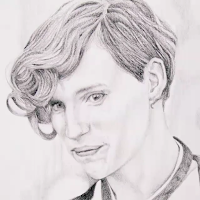 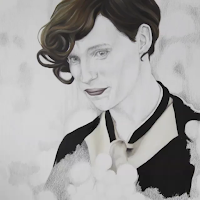 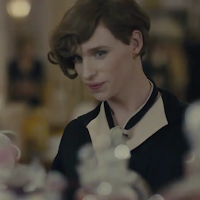 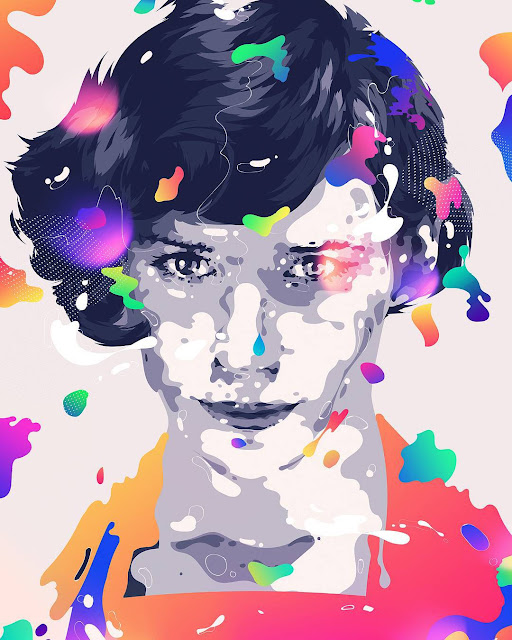 Art from the movie 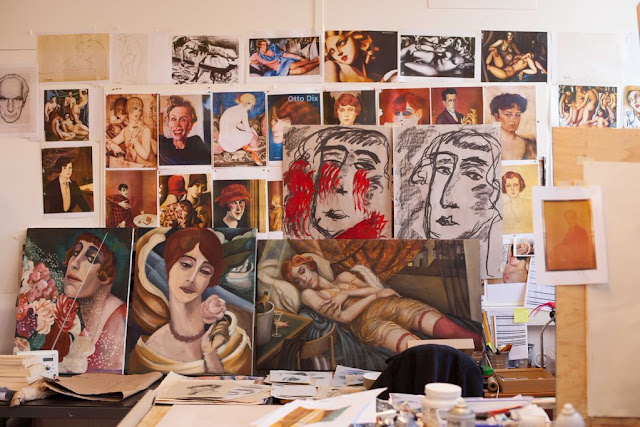 166 paintings were crafted from scratch by the art team in order to bring Gerda's work to life.(x) 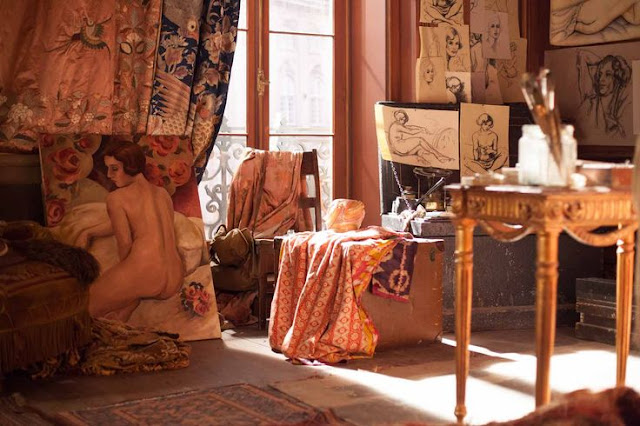 
Vogue: The Real Story Behind the Paintings in The Danish Girl
...While Einar’s bare landscapes were a hit in Copenhagen, Denmark, Gerda’s feminine portraits were never quite accepted by the Danish art community. After Einar started transitioning into Lili, she became Gerda’s muse. Her Art Nouveau portraits of Lili became her breakthrough and earned her fame and recognition as an artist in Paris. “It was alluring to people to see someone as spectacularly beautiful as Lili and as different,” Stewart explained of the paintings’ success. Stewart teamed up with British artist Susannah Brough and they eventually settled on roughly 70 artworks to re-create for the film. “We laid them all out and went through the script with Tom and writer Lucinda [Coxon] and plotted which ones would hit each scene,” she said. “We only had two months to re-create all of them. By the end we were all in that painting room! The film’s paintings weren’t exact replicas of Gerda’s work, however. “We had to adapt them slightly because they didn’t look like Eddie,” Stewart said. The original portrait of ballerina Ulla Poulsen, the one that changed Lili’s life forever, was also altered to resemble actress Amber Heard’s face. In addition to the release of The Danish Girl, this month, Denmark’s Arken Museum of Modern Art will be displaying the largest exhibition of Gerda’s work so far, a development that delighted Stewart. “I think she would have been so thrilled that finally she was taken seriously by the Danish.”...
Full article here (photos below: courtesy of Focus Features) 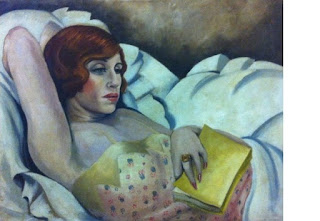 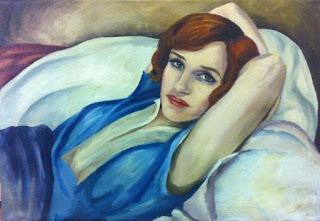 "I want to be a woman, not a painter,” says Einar Wegener to his artist wife, Gerda, who wryly reminds him
that some have succeeded at being both....
“What you draw, I become,” Lili says to Gerda. “You made me beautiful, and now you make me stronger.”
The film has sparked renewed interest in not only Lili, but also Gerda Wegerner’s art and life. She was similarly
self-styled, independent and determined, and her work was often unapologetically erotic. Her paintings, which combined the influence of Cubism and other avant-garde styles with traditionally “feminine” subjects such as
women in gardens or at their toilettes, are the subject of a major exhibition at the Arken Museum in Copenhagen,
on view through 16 May 2016. (x)


‘The Danish Girl’ on display – In a small Greenwich gallery lies the art that fuels the film
Anyone who can venture to this New York City suburb can see Gerda Wegener’s original art of Lili.(x)