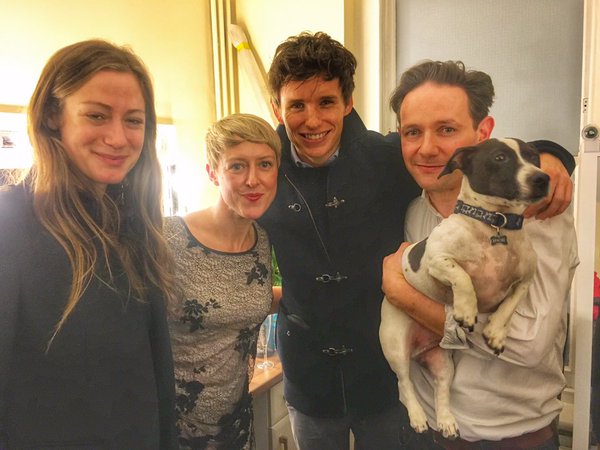 
Eddie went to theatre with Hannah to see Iestyn Davies and Mark Rylance in Farinelli and the King
Mark Rylance is one of the best stage actors in the World, Eddie learnt a lot from him when he played Viola in the Globe's production of Twelfth Night in 2002 and later, when Mark played Thomas Boleyn in The Other Boleyn Girl.
Boston Society of Film Critics named Mark Rylance as Best Supporting Actor for 'Bridge of Spies'
Paul Dano and Leonardo DiCaprio shared the Best Actor prize and Charlotte Rampling named as Best Actress
Critics ignored 'The Danish Girl' in Boston too. Alicia was close, but Kristen Stewart won Best Supporting Actress
for 'Clouds of Sils Maria' (she already won a Cesar Award for this role). - BSFC winners full list

Well done Eddie Redmayne, but really @stjohnscam held it all together....You're only as good as your backdrop. #NewCourt
— Iestyn Davies (@iestyn_davies) February 23, 2015


Something extraordinary happened with me this weekend. I had the opportunity interviewing Eddie
Sunday afternoon along with fellow bloggers, because I got an invitation to a conference call with him.
I will let you know in a post soon, what he answered to my questions.