Eddie Redmayne and Tom Hiddleston are good friends. They've known each other for a long time. They both went to Eton and Cambridge, but not in the same year and faculty. Tom is a year older than Eddie. He studied Classics in Cambridge.


Tom Hiddleston Feature - Major Tom - GQ UK November 2013
Initially, he was attracted more to rugby than drama, but contemporary Eddie Redmayne remembers him being „fantastic” in a performance of Tom Stoppard’s Arcadia. Hiddleston only appeard on stage once with Redmayne, as the front leg of an elephant on which Redmayne sat in an adaptation of A Passage To India. „One of my finest hours” Source 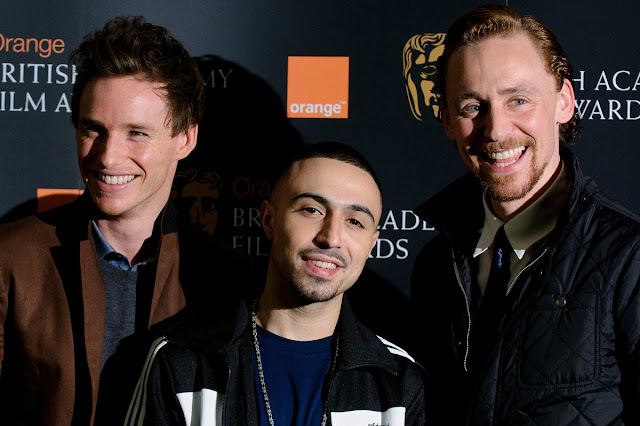 They both were nominated for the Orange Wednesdays Rising Star Award in 2012.
Video: Redmayne and Hiddleston on BAFTA Rising Star Nominations

They love tennis, so we could see them together several times to cheer the players in tennis tournaments. 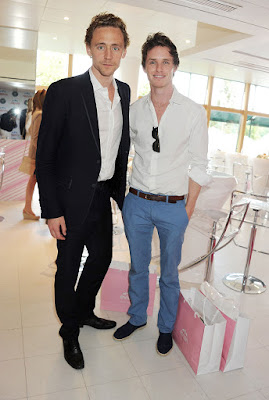 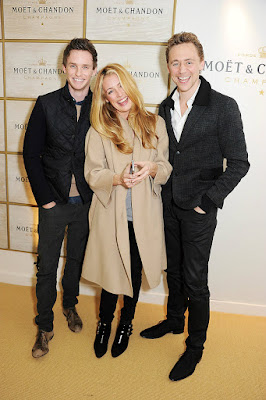 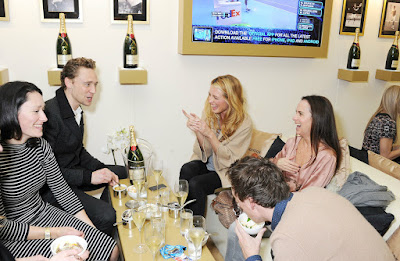 The gifs are from tumblr, most photos source ( x )
YouTube fan video: Eddie and Tom

Update November 1, 2013
Post about Tom Hiddleston by Annie Gabillet on popsugar.com:
Undeniable Proof That Tom Hiddleston Is an Exceptional Human
The Irish Times interview by Donald Clarke:
Tom Hiddleston: "Becoming an actor was a very unconventional thing in my peer group"
Tom Hiddleston: “One more thing I must say is that people like Dominic and Eddie are such specific talents. Every actor in every nation from every background is driven by their own curiosity and their own desire to excavate human nature through the characters they play. Those actors’ choices have been very different.”...
Though Hiddleston, whose father was managing director of a pharmaceutical company, acted a bit at Eton, he did not head straight for drama school after completing his A-levels. Like Redmayne, Hiddleston advanced on Cambridge University. Given that he eventually ended up at the Royal Academy of Dramatic Arts, it’s fair to wonder why he elected to take that classics degree.

Update February 10, 2014
Tom Hiddleston on how he started his acting career (source)

He was grand enough to be the passenger of the elephant...

Link: Tom Hiddleston Top Gear video on Vimeo
I hope you can find the video here. The part about Eddie in the video starts from about 4:30.
Hiddleston-Daily on Vimeo.