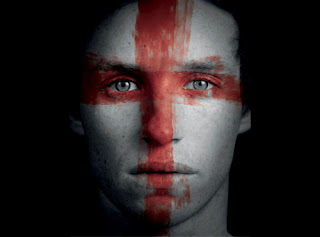 Richard II. is a history play by William Shakespeare, which spans the last two years of Richard's life.

Eddie Redmayne's performance has been crowned Best Shakespearean Performance at the Critics' Circle Awards – no mean feat, given that the season has also seen heavyweight Shakespeare contributions from the likes of Spacey, Tennant, Sheen and Fiennes. ( x )
It’s thrilling to find a Shakespeare production and a title performance as clear, and lucid and moving as this Richard II. ( x )

Quote: "You never get it close to getting it right, you never get one line exactly how your notion of it should be. That's what's so exciting about theatre. Most actors hate watching their own films because all you can see is the glaring mistakes, your own tricks and ticks. But people often ask, how can you do the same play night after night for months on end and not get bored? And that's the reason. In theatre you always have the chance to try and fix what you did the night before." 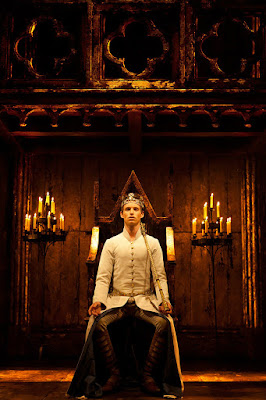 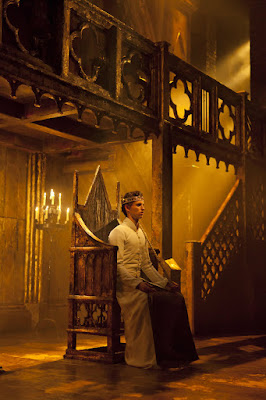 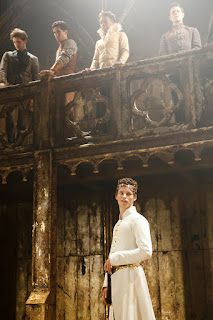 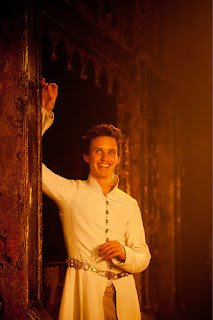 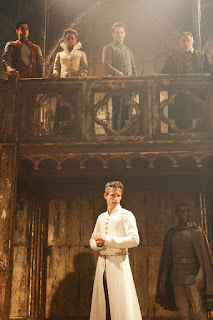 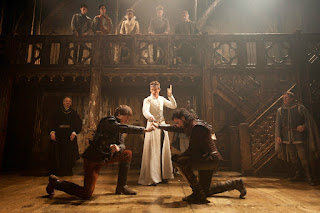 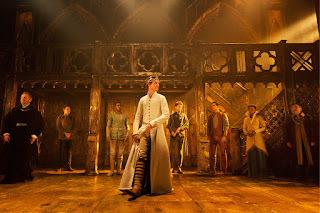 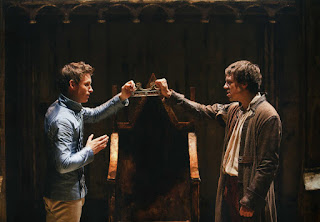 "Lots of people say it’s their favourite Shakespeare,’ he says.
The script – one of Shakespeare’s trickiest, as it’s almost entirely in verse – lay by his bed for months, haunting him. ‘I’d never have thought I’d be capable until Michael Grandage [the Donmar Warehouse’s artistic director] called," Redmayne says.
"I have to be pushed." ....
"As opposition to his reign grows, Richard loses his crown and, with it, his grip on who he is, finally ending up broken in a prison cell. ‘Not that we’re making the parallel but I can’t help thinking of Gaddafi,’ Redmayne says. ‘He had all that belief in his own power and status, and then he was found in a sewer." ( x ) 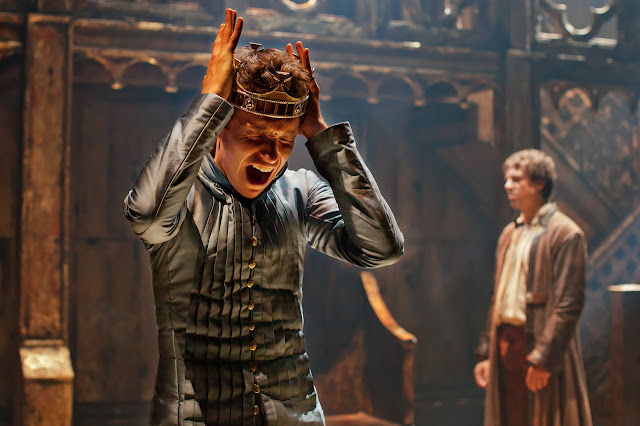 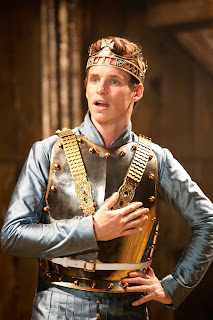 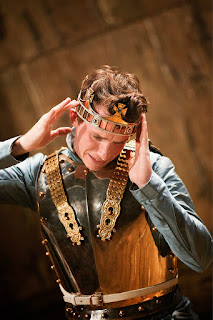 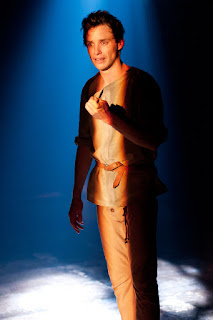 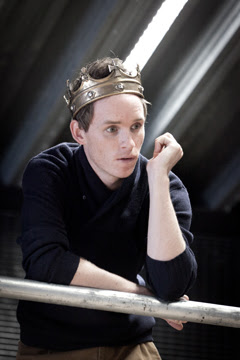 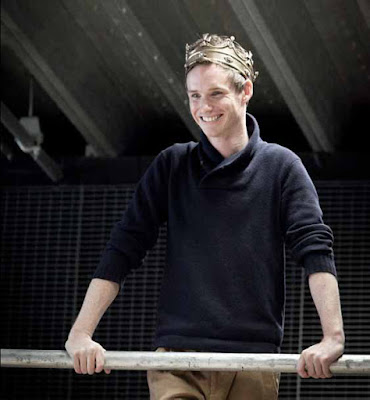 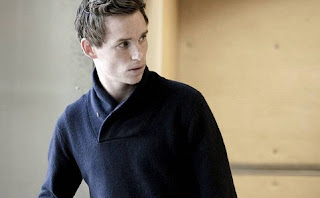 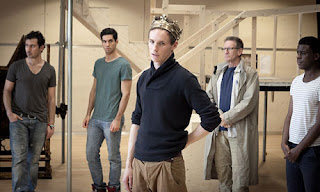 ( x )
Links:
Donmar Warehouse - Richard II. site
Study Guide for RICHARD II (pdf)
Reviews, interviews:
The Stage Reviews
Reviews of Eddie Redmayne's Richard II.
Eddie Redmayne: I thought of Gaddafi while rehearsing Richard II
Eddie Redmayne on His London Stage Triumph inRichard II and Climbing the Barricades on Film in Les Miserables
Jan.27, 2012. Independent:  Eddie, Steady, Go: The talented Mr Redmayne on Baftas, bankers and Birdsong
Photos from the opening night party here and here
Audio - Richard II (at the Donmar Warehouse) Act IV, Scene I (extract)
(Richard strips himself of his kingship and is taken to the Tower)
YouTube - MICHAEL GRANDAGE - A DECADE AT THE DONMAR (Red 3:42 - Richard II. 4:45)
Wikipedia page: Richard II (play)
Eddie Redmayne received the 2011 Critics' Circle Theatre Award - The John and Wendy Trewin Award for best Shakespearean performance - for his portrayal of Richard II at London's Donmar Warehouse.
From Birdsong to the bard: Britain's next big thing Eddie Redmayne honoured at Critics' Circle Awards
Daily Mail article By J J ANISIOBI on 25 January 2012
Eddie said: 'My New Year’s resolution is to stop reading reviews. The difference with film and TV is that if you do a piece, then it’s nine months later and the thing is reviewed and there is nothing you can do about it.
'The problem with theatre is there is something you can do about it, so if you open your ears to everyone’s opinion, you are never going to please everyone.'
Posted by Jutka at 6:44 AM