Stephen Hawking visited the film’s set on Friday in Cambridge. 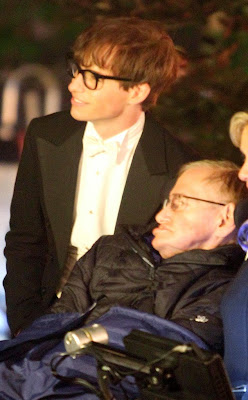 In Theory Of Everything, Eddie Redmayne has the job to bring the life of Stephen Hawking played out on the big screen. This is a big role, Eddie has pretty big shoes to fill in this top-billed movie.
But if playing the brilliant physicists wasn’t pressure enough, Eddie, had Stephen watching him film scenes in Cambridge, where Hawking, studied and still resides as the Director of Research at the Centre for Theoretical Cosmology within the university. The actor got a chance to meet Hawking when the famed scientist visited the set of the movie on Friday. I think, Eddie’s acting skills prevailed as the two were seen laughing together in between takes.
Eddie looked hot sporting Hawking’s signature frames and clad in a tuxedo, captures the physical likeness and spirit of the scientist in his younger years, before he shot to fame thanks to his work on black holes, singularities and his best-seller „A Brief History of Time”..
Hopefully, Hawking’s brief encounter with his big screen doppelganger didn't cause a rupture in the space-time continuum.
The film directed by James Marsh, chronicles Stephen as a student at Cambridge and his relationship with first wife Jane Wilde (played by Felicity Jones). 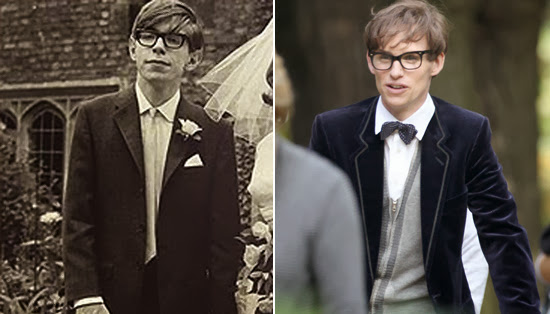 The film explores the time when Stephen was in his first year of graduate studies and got diagnosed with Motor Neurone Disease. After falling into a deep depression and abandoning his work, Stephen fell in love with fellow student Jane Wilde.  She was a childhood friend of his younger sister Phillipa. She left her studies to marry him and serve as his helpmate. Jane had three children with Hawking before they split in 1991. 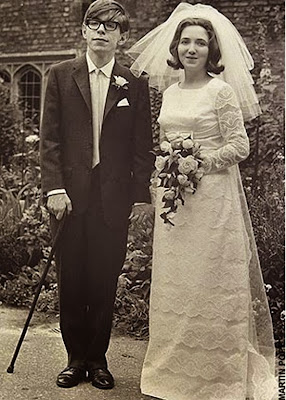 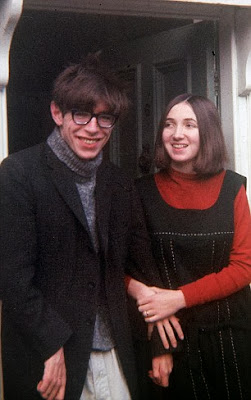