Yesterday evening the Daily Mail published an article about the film with new photos from the set.
The article's title: From Les Mis to Stephen Hawking: The astonishing transformation of Eddie Redmayne
"The man, almost impossible to recognise, is big-screen heart-throb and fashion icon Eddie Redmayne, who has undergone an incredible transformation for his new movie.
In the film, called Theory Of Everything, the Les Miserables star plays the brilliant physicist Stephen Hawking – and on Friday he and the rest of the crew were on the dunes of Camber Sands in East Sussex to film privotal scenes."
"Professor Hawking has reportedly welcomed his casting and has made a series of visits to the film’s sets in Cambridge where the bulk of shooting is taking place."
You can read the full article here. 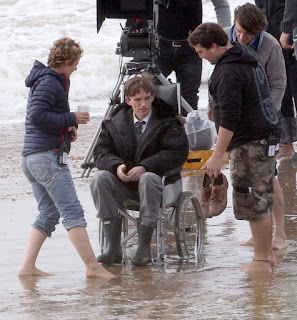 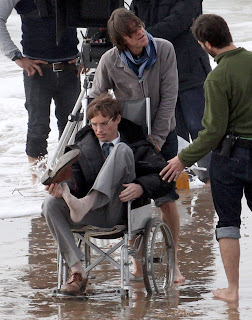 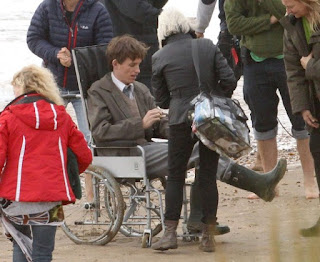 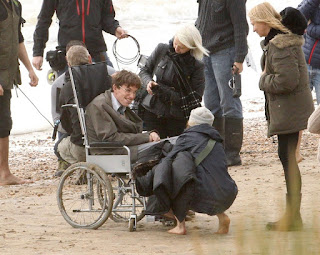 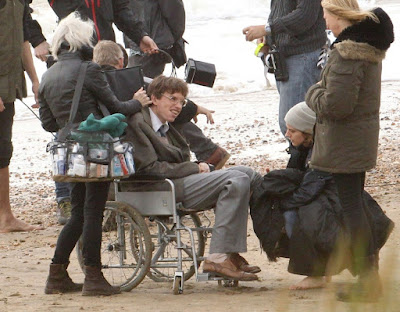 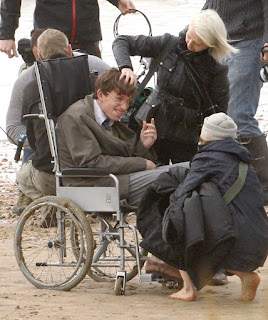 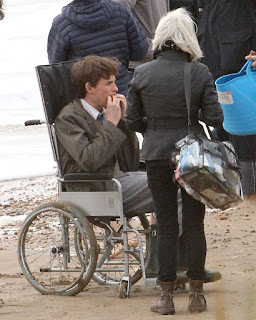 More pictures from the set here

Update 22 october 2013:
Olivia's full report from the set, where she worked as an extra on monday (october 21):
Lola's Tea Party - Physics, 80s hair and Eddie Redmayne is still beautiful in prosthetics
"A very different experience to my time working on Les Miserables but no less special. It was a much more intimate shoot, there were fewer people and it was indoors. Also this time, Eddie was the main focus so I pretty much got to spend around 12 hours of my day staring at him and got paid top dollar for it to boot."
"My goodness guys, I think he’s gonna win an Oscar for this one. Incredible performance. He NAILS IT. The facial expressions, the positioning of his body, the look, everything. When I was watching him in character I felt like it was the real Stephen Hawking in the room. Our boy is working so hard. It looked like it was taking a lot out of him, as soon as we cut you could see his laboured breathing. I just wanted to give him a hug! I am so proud of him and proud to say I’ve been a fan of his for over 5 years now."

Stephen Hawking - things you need to know
It's only indirectly related to Eddie, a little background information about Hawking, the famous theoretical physicist, cosmologist, author and Director of Research at the Centre for Theoretical Cosmology at Cambridge University.
INFOGRAPHIC
Published in The Guardian, Friday 13 September 2013 by Johnny Dee
This is an interesting and funny compilation about Stephen Hawking. I was thinking about whether to publish it in my blog, finally I decided to do it, because I think it's very witty. I hope you like it. 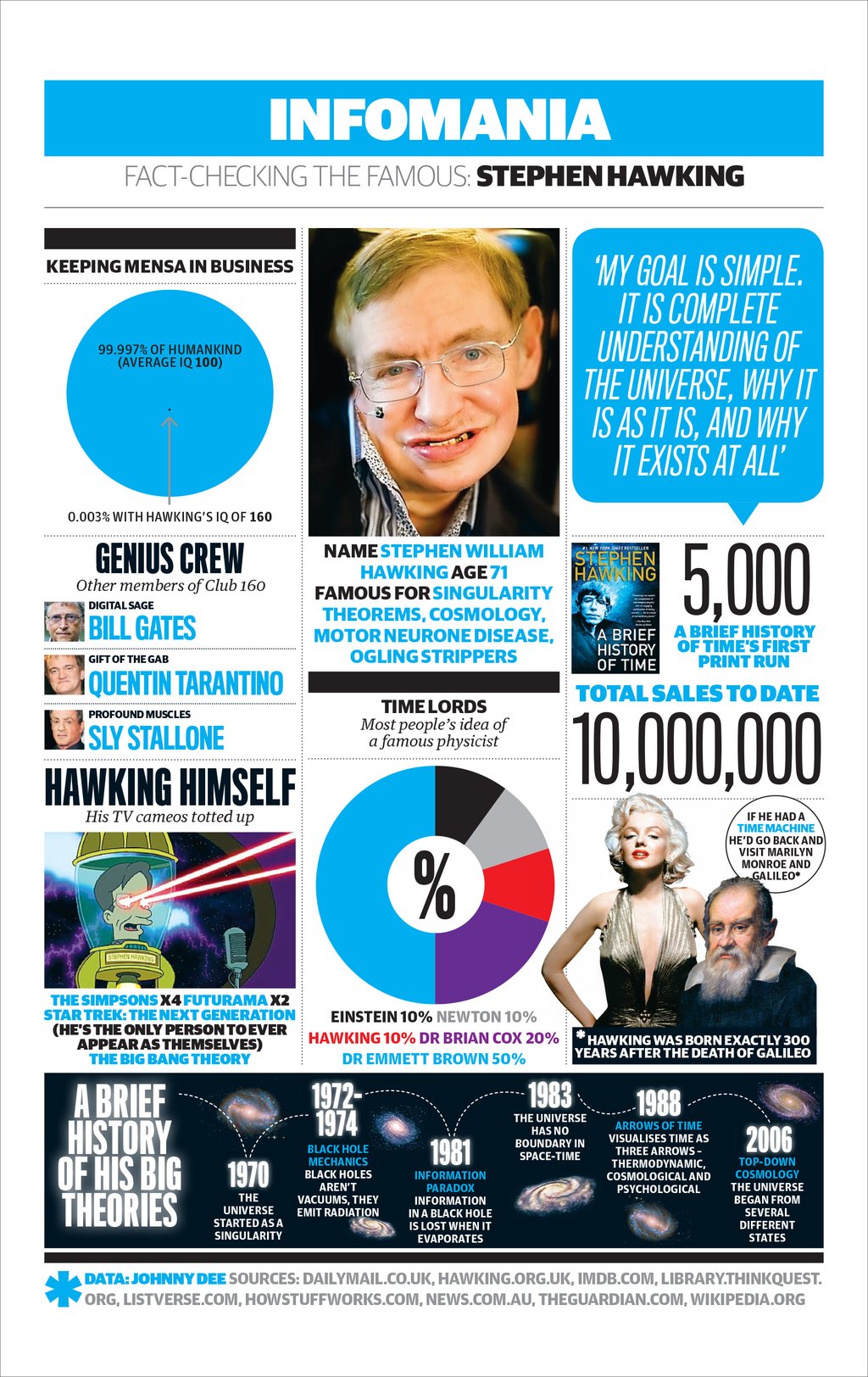 Stephen Hawking quote:
"The greatest enemy is not ignorance, it is the illusion of knowledge. "

Stephen Hawking interview BBC News - video
Stephen Hawking on death, disability and humour
Interesting articles about him:
StephenHawking tells how doctors offered to turn off life support in 1985
StephenHawking: Brains Could Be Copied To Computers To Allow Life After Death