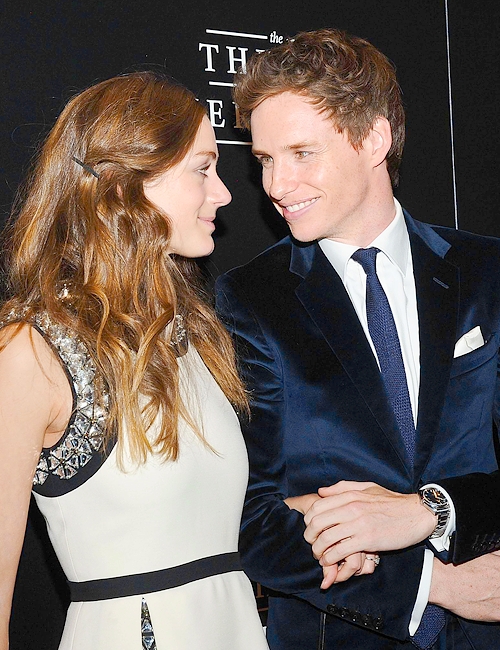 "They’ve been together a couple of years, though he couldn’t find anyway to check
her ring size before he proposed—other than waiting until ‘the middle of the night,
taking her hand, and putting her finger next to my finger.’" (x) 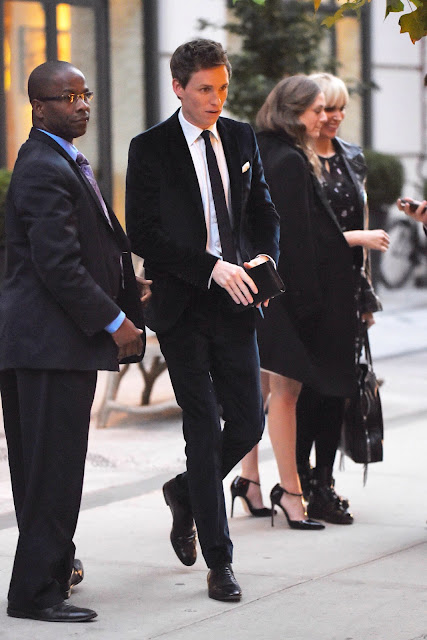 Gallery: Eddie Redmayne departing MOMA The Theory of Everything premiere.(x)

Eddie Redmayne Talks Pressures of Playing Stephen Hawking in The Theory of Everything
...Redmayne said the family approves of the film, which was a "great [relief].""I could sleep again!" he joked. "It was
a great weight off my shoulders."...

Eonline:
Eddie Redmayne Is a Fashion Hero, Saves Felicity Jones From Major Wardrobe Malfunction
(This article tells the story a little differently, than the other I posted earlier)
Eddie Redmayne is a sartorial superhero! (Not to mention a quick-thinking gentleman. That Hannah Bagshawe is a lucky lady.) The star of The Theory of Everything swooped in and saved co-star Felicity Jones from a major wardrobe malfunction on Monday at their film's New York premiere at the Museum of Modern Art's Titus Theater.

The pair were on an escalator that was close to gobbling up the train of Jones' long Elie Saab dress when Redmayne deftly stepped in and yanked her skirt out of the way, preventing it from getting caught. Goodness, we can hear the potential riiiiip in our heads at very thought of what could have happened! But although Redmayne certainly prevented
a dress disaster, the whole incident didn't go down quite as dramatically as some reports would have it...
We're told that he did not hit the emergency stop button, thereby triggering an alarming buzzing sound. 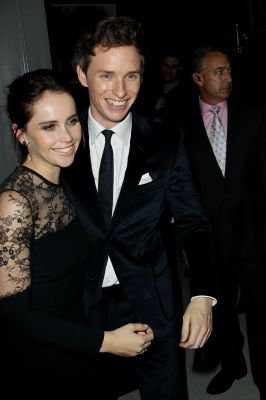 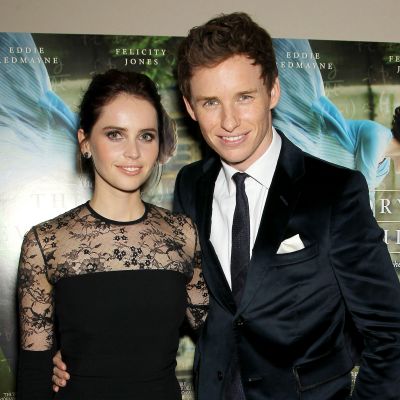 The Theory of Everything New York City Premiere – After Party 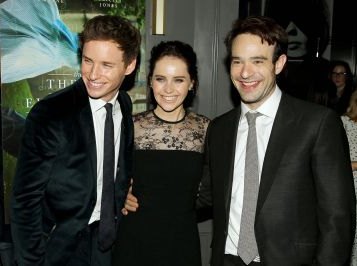 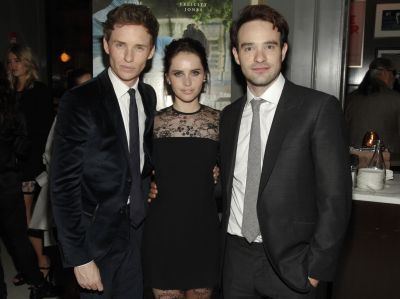 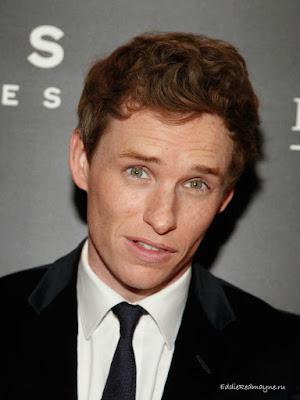 WOMAN'S WEAR DAILY:
Eddie Redmayne Premieres 'The Theory of Everything' in New York
...At the premiere, Uma Thurman’s young nervous daughter Maya seemed weak at the knees when the actress introduced her to Redmayne right on the red carpet.
Redmayne, settling nicely into the part of romantic heartthrob, said the appeal of the Hawkings’ story is its universality.
“It’s an incredibly human story,” he said. Not the whole groundbreaking-scientist-becomes-disabled-with-rare-disorder thing, but the larger story of resilience. “In the same way, all of us have many obstacles, limitations put on us.
I think people can relate to the idea of really buckling down and living forward and passionately.” ...
Hamptons - gallery:
Eddie Redmayne And Felicity Jones Support New York Premiere Of "The Theory Of Everything"
Update 26 Okt 2014:
New photos in the eddieredmayne.ru gallery 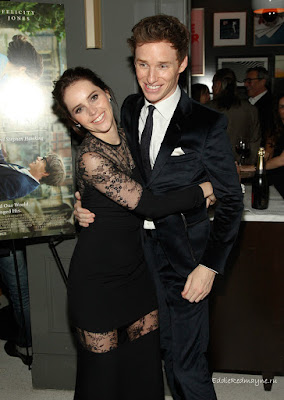 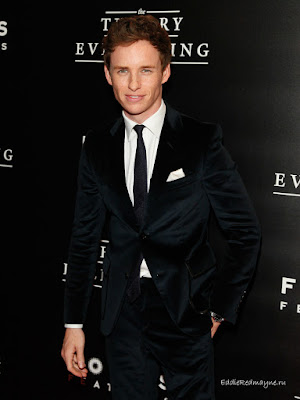