New York premiere of 'The Theory of Everything' 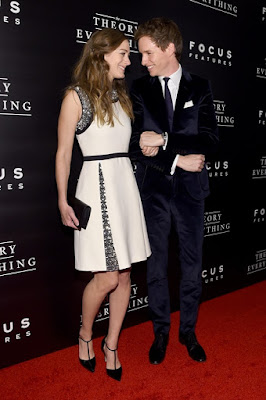 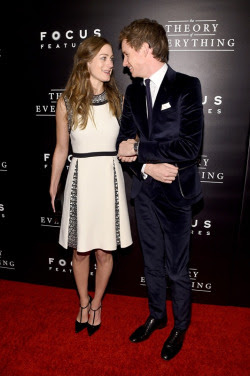 Eddie Redmayne with dad Richard, mum Patricia, fiancée Hannah Bagshawe
at NY premiere of The Theory of Everything (x)

The Hollywood Reporter:
'Theory of Everything': How Eddie Redmayne Became a Hunching, Humorous Stephen Hawking
For playing a debilitating theoretical physicist who is confined to a wheelchair and must use a computer to speak in
The Theory of Everything, Eddie Redmayne was nothing short of animated, jumpy and incredibly chatty at the film's
New York City premiere on Monday night. The Gucci-suited star of theStephen Hawking biopic waved to friends as
they walked behind the line of reporters to the Museum of Modern Art's theater, and even paused during an interview
on the red carpet to greet Uma Thurman, who enthusiastically introduced him to her daughter, Maya.
"The overriding thing when you meet him is this wit," Redmayne, attending with fiancée Hannah Bagshawe, told
The Hollywood Reporter of Hawking. "There's a glint in his eye, a mischief or a Lord of Misrule quality, which is extraordinary. That's the one thing I tried to capture."...read more 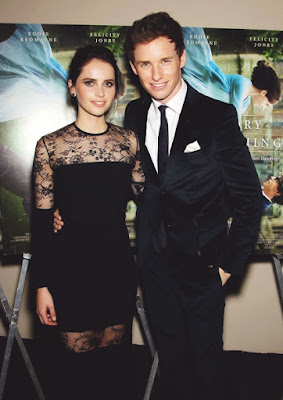 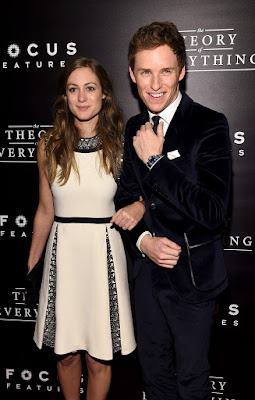 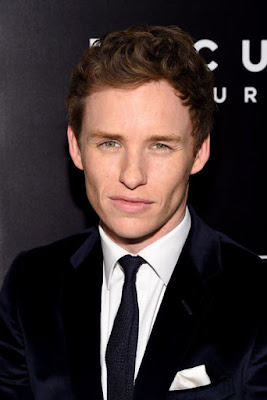 Source: Zimbio.com via (x) (x)
Variety: ‘The Theory of Everything’ Premieres in New York to Tears
...“I saw more of the subtleties and the virtuoso stuff Felicity was doing,” Redmayne said. “It’s interesting, because when you’re acting with another actor on a film set, you see something different than you see on camera. Only later
do you realize how extraordinary their work was.”... 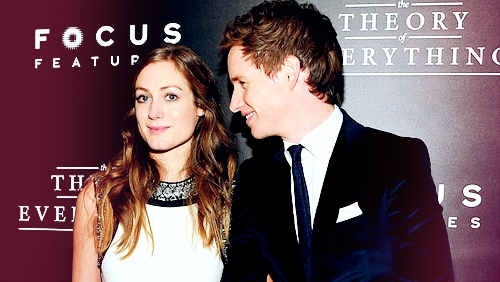 On the red carpet for the 'The Theory of Everything,' Eddie Redmayne and Felicity Jones talk about
the Oscar buzz surrounding their movie, and Redmayne comments on transforming himself
physically for acting roles. (Oct. 21) Cinema Blend:
The Unusual Request Stephen Hawking Had For His Biopic
..."Stephen asked me if I was playing him before the voice machine, and when I said yes, he said, ‘My voice was very slurred.' At that time, the producers were a bit scared of getting to a place of incomprehensibility, because they didn’t want subtitles. But when Stephen said that, it re-invigorated me to go back and say ‘Look, we have to be true to what this disease is.’"...
...Eddie Redmayne was dead set on staying true to his portrayal of Stephen Hawking, which means that in addition to perfecting the speech patterns themselves, he had to discipline his body to be able to move and hold his body in the same fashion that Hawking did at various times in his life....
...From the looks of Hawking's final judgment of the film being "broadly true," as well as his being brought to tears by The Theory Of Everything, it's a safe bet that Eddie Redmayne's efforts have been a most successful venture.... 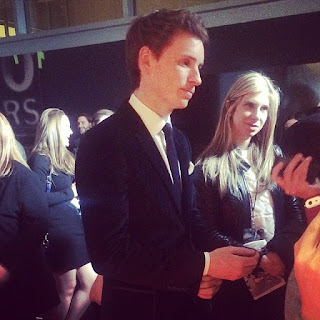 (x) - (x)
Bloomberg:
Scene Last Night: Redmayne, Jones on Early Marriage
"I hope there's a symbiosis in a relationship -- that you're better as a duo than you are independently," Redmayne said.